As Many Voices As Possible

Writing a Community History of the Black Experience

It’s difficult to cover the long span of American history in a single volume. To start, an author has to decide when “American history” begins—with Indigenous people who lived in North America before European colonization? With the establishment of permanent colonies like the Spanish St. Augustine, Florida, or the British Jamestown, Virginia? Or, as the New York Times’ “1619 Project” has argued, does the arrival of enslaved Africans on the continent mark a specific turning point? 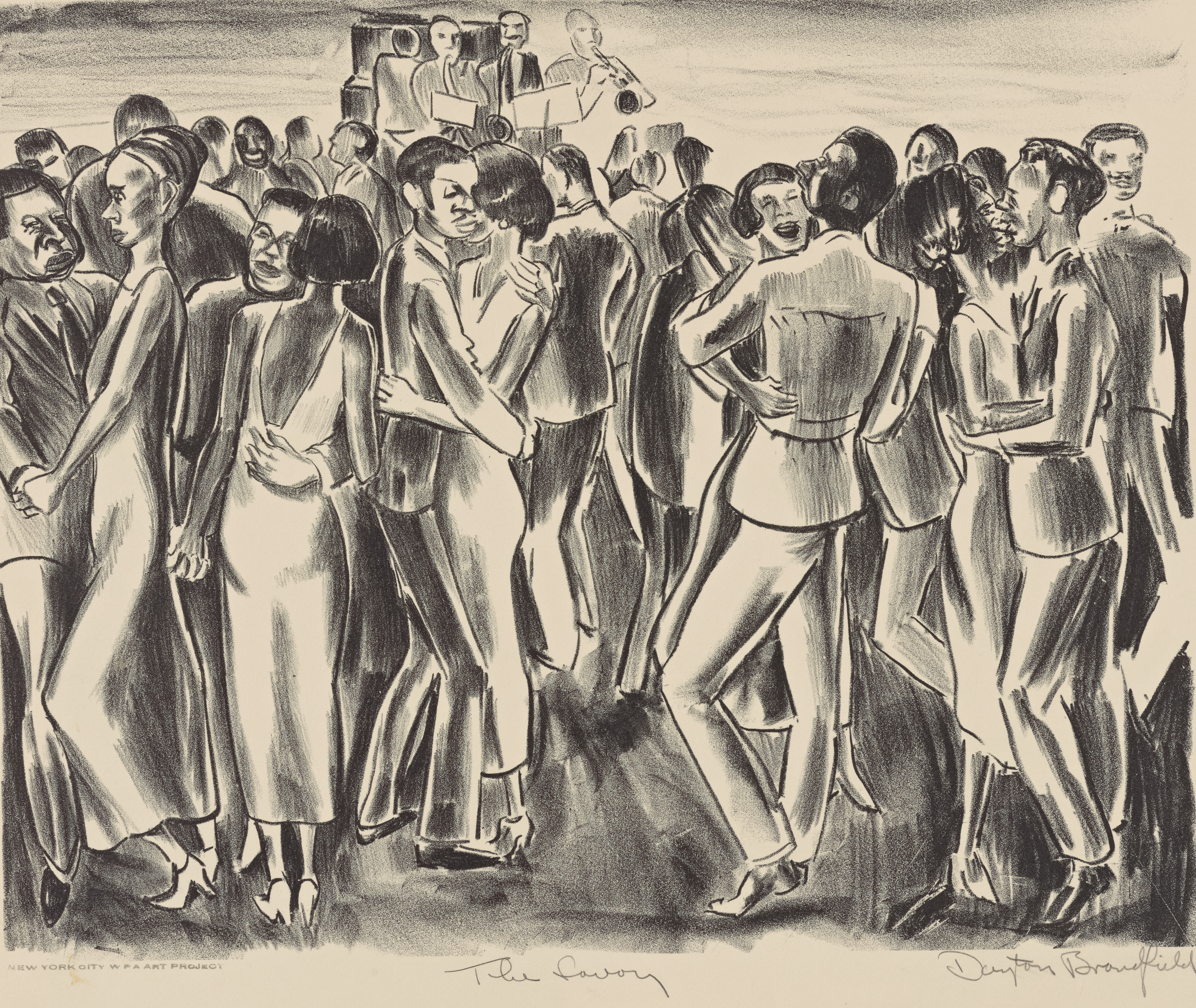 With Four Hundred Souls: A Community History of African America, 1619–2019 (One World), historians Ibram X. Kendi (Boston Univ.) and Keisha N. Blain (Univ. of Pittsburgh) use this arrival as the starting point for a massive new project. Spanning 400 years of history and including contributions from 90 writers, Four Hundred Souls considers the place of African American history from the arrival of Black Africans on the North American continent through the Obama administration and beyond. Eighty writers contributed brief essays covering 5-year periods, with 10 poets writing pieces about 40-year periods. With such a mission, it’s surprising that the volume comes in at just 528 pages.

Perspectives spoke with co-editor Blain about how this volume came together. Blain and Kendi have worked together on projects since 2016, as editors in the early days of the Black Perspectives blog and as co-authors of various op-eds. Kendi first approached Blain with the idea to commemorate the 400-year anniversary of African captivity in late 2018 and asked her to collaborate on the project. She jumped on board immediately, and they worked quickly to draft a book proposal and sketch out a plan for such a challenging project. Because they knew they wanted to reach a general, non-academic audience, the pair approached editor Chris Jackson at One World, an imprint of Random House. Kendi had worked with Jackson on his best seller How to Be an Antiracist, and the pair knew that One World would steward the project well.

From the beginning, the “community history” aspect was important to both editors. As Blain said, “We could have decided to simply write a book about the history of Black America—and I think we could have pulled it off quite well. However, that model would not have represented the spirit of community we envisioned.” It was important to Blain and Kendi to include the voices of many writers—and not just historians. “Community history is fundamentally about allowing members of the community to drive the narrative. In order to truly tell a community history, we needed to weave in as many voices as possible, and from as many perspectives as possible,” she said.

It was important to Kendi and Blain to include the voices of many writers—and not just historians.

The book’s 90 Black contributors include “well-known Black intellectuals but also the next generation of talented, up-and-coming writers,” as Blain explained. There are academics working in African and African American studies, economics, education, history, law, literature, philosophy, and other fields, alongside activists, journalists, novelists, and clergy. Nikole Hannah-Jones, originator of the New York Times’ “1619 Project,” opens the book with an essay titled “Arrival.” Reverend William J. Barber II, co-chair of the Poor People’s Campaign and organizer of the Moral Mondays protests in North Carolina, writes about David George and Black Christianity of the 18th century. The US Constitution is covered by Donna Brazile, political strategist and twice acting chair of the Democratic National Convention. Angela Davis authors an essay on the 1994 Crime Bill. From Kiese Laymon and Isabel Wilkerson to Ijeoma Oluo, readers will recognize many writers, particularly since the Black Lives Matter protests of 2020 sent many books on Black life and history to the top of best-seller lists.

As Blain described it, “These writers explore their respective periods through historical essays, short stories, personal vignettes, and fiery polemics, to give us a history that firmly pushes back on the idea of Black America as a monolith.” Importantly, Kendi and Blain made it a priority for women to make up a majority of contributors “as a reflection of the central roles Black women play in leading social movements today.” Reflecting this, the final essay in the volume, covering 2014–19, is written by Alicia Garza, co-creator of #BlackLivesMatter.

Anyone who has edited an essay collection will marvel at the scope of this project and the sheer number of authors that Kendi and Blain wrangled for this volume. Blain described their fast-moving process, which started in 2018: “We shared our ideas and visions for which topics we would cover and which writers we would approach. Once we agreed on a contributor for a specific topic, we moved quickly to secure a commitment from them. We began to bring the project together in stages—largely working chronologically (section by section).” Generally, writers had between six and nine months to write their piece, and the editors built staggered deadlines for each section into the process. This allowed them to work on about 10 pieces at a time, submitting each section to their editor as they finished.

The writers were given clear guidance on what Kendi and Blain wanted for the essays. “We initially envisioned the pieces as op-eds,” Blain explained, and most of them run about three to four pages in print. By prioritizing readability and accessibility, the editors hoped “that the book would be a nice introduction for someone who had little (or no) knowledge of African American history.” Plus, such short pieces are ideal for teaching and “give educators a bit of flexibility and space to assign complementary texts or use the essays as stand-alone pieces to facilitate in-class conversations.”

A community history must include the entire community.

Perspectives also spoke with several contributors to the volume, who reflected on their contributions to this community history. Jennifer L. Morgan (New York Univ.), a historian of the Atlantic World, focused her essay on Elizabeth Keye, a figure who may be unfamiliar to the nonexpert but whose life helped to shape enslavement in British America. Born and raised in 17th-century colonial Virginia, Keye was the daughter of an enslaved Black woman and her white owner. As Morgan told Perspectives, “Keye had thrown the Virginia governing body into turmoil by claiming that, because her father was white and free, she should be as well.” In 1656, she successfully petitioned the colony’s general assembly for freedom—but just a few years later, the legislature would declare that all children born to enslaved mothers would also be enslaved. Keye’s story encapsulates how women and sexuality are central to the history of African America. Their stories cannot be minimized or ignored in favor of big societal issues such as politics or war. “Whether we look at the agony of black women unable to prevent medical personnel from experimenting on their bodies both during the slavery period and well into the 20th century, or to protect their children from violence at the hands of the police, or to simply survive childbirth, we can see that the afterlife of slavery reverberates intimately in the lives of African American women,” Morgan said. A community history must include the entire community. 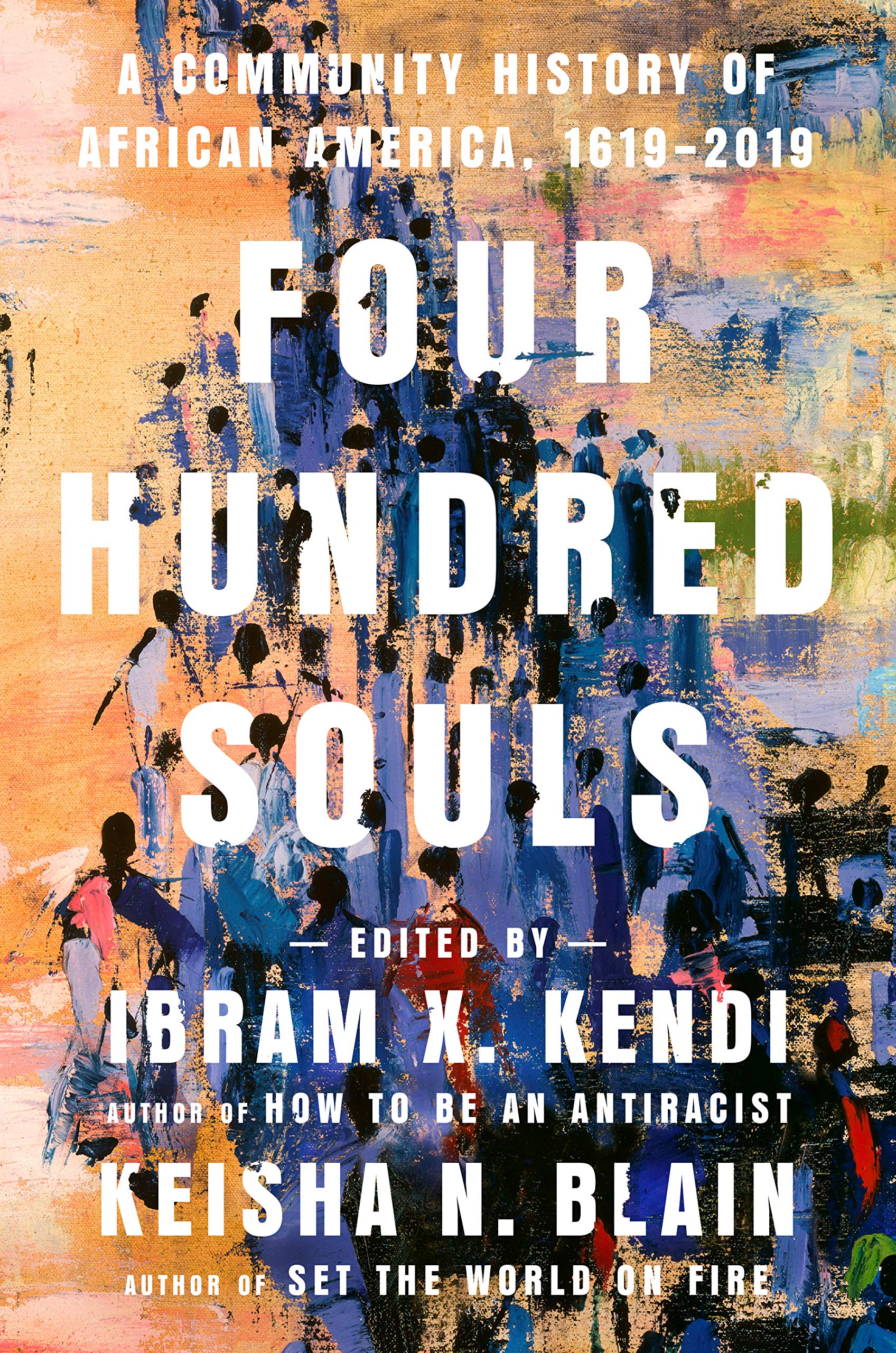 Poet and English professor Chet’la Sebree (Bucknell Univ.) contributed “And the Record Repeats” for the 1939–79 section. The poem centers on Black music playing in the background of both extraordinary and everyday events. For Sebree, the piece reflects how “in so many ways we, as Black Americans, feel stuck in a similar song. We’re still fighting to be seen and treated as citizens, but we are continuing the fight for progress, to not be stuck in this groove, ‘to lift the needle,’ as I say in the poem.” She continued, “As a Black woman and artist, I wanted to give Black women and artists—like Alvin Ailey, Shirley Chisholm, Lorraine Hansberry, Langston Hughes, Audre Lorde, Nina Simone, and the Sugarhill Gang—a nod in particular.” As Sebree told Perspectives, “Despite how it may seem, especially after Amanda Gorman’s expertly delivered ‘The Hill We Climb’ at the recent inauguration, I find that commissioned and occasional poems are notoriously difficult to write.” But she nevertheless was “truly honored to be asked to contribute to this collection as someone whose poetic practice is often rooted in research and history.”

Released in early February, Four Hundred Souls is a powerful work of public scholarship, a model for interdisciplinary thinking, and a useful teaching resource. Perhaps more importantly, though, it is a work that grapples with what it means to create a work of community history for a broad, general public. As Blain said, “We firmly believe that this is one of the most effective ways to capture the richness and diversity of African American history.”