H.R. 4186, also known as the FIRST Act of 2014, is currently working its way through House committees. This act, which authorizes legislation for National Science Foundation (NSF) appropriations, has a number of provisions that should concern historians. 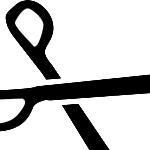 The bill addresses both funding and oversight of the grant-making capabilities of the NSF. The direct threat to historical scholarship is how the bill reduces funding of the NSF’s Directorate for Social, Behavioral, and Economic Sciences (SBE) by more than $50 million, a cut of 22 percent from the level at which it was funded for 2014.

These drastic cuts would mean that valuable historical research, support for early career scholars, and funding of doctoral dissertations in areas such as economic history, history of science and technology, and the history of medicine could be at risk. In recent years the SBE directorate has funded research on a broad range of historical topics including projects on global prices and incomes from 1200 to 1950, the history of behavioral genetics, the economic origins and ramifications of the Great Migration, and transnational scientific exchange during the Cold War, to give just a few examples.

Equally worrying are provisions for oversight of the grant-making process, and the requirement that the NSF provide “written justification” that any grant it makes is “in the national interest.” The Consortium of Social Science Associations (COSSA), in a letter to Congress, argued that this “would significantly undermine NSF’s merit review process.”

The Association of American Universities has criticized the act, stating that it includes provisions that “that would impede NSF’s ability to perform its mission effectively,” and COSSA is keeping a close watch on this legislation. It has organized a letter-writing campaign in opposition to the legislation, and you can participate on COSSA’s website.