A Historian in the World of Investments: How Historical Thinking Resonates in Business 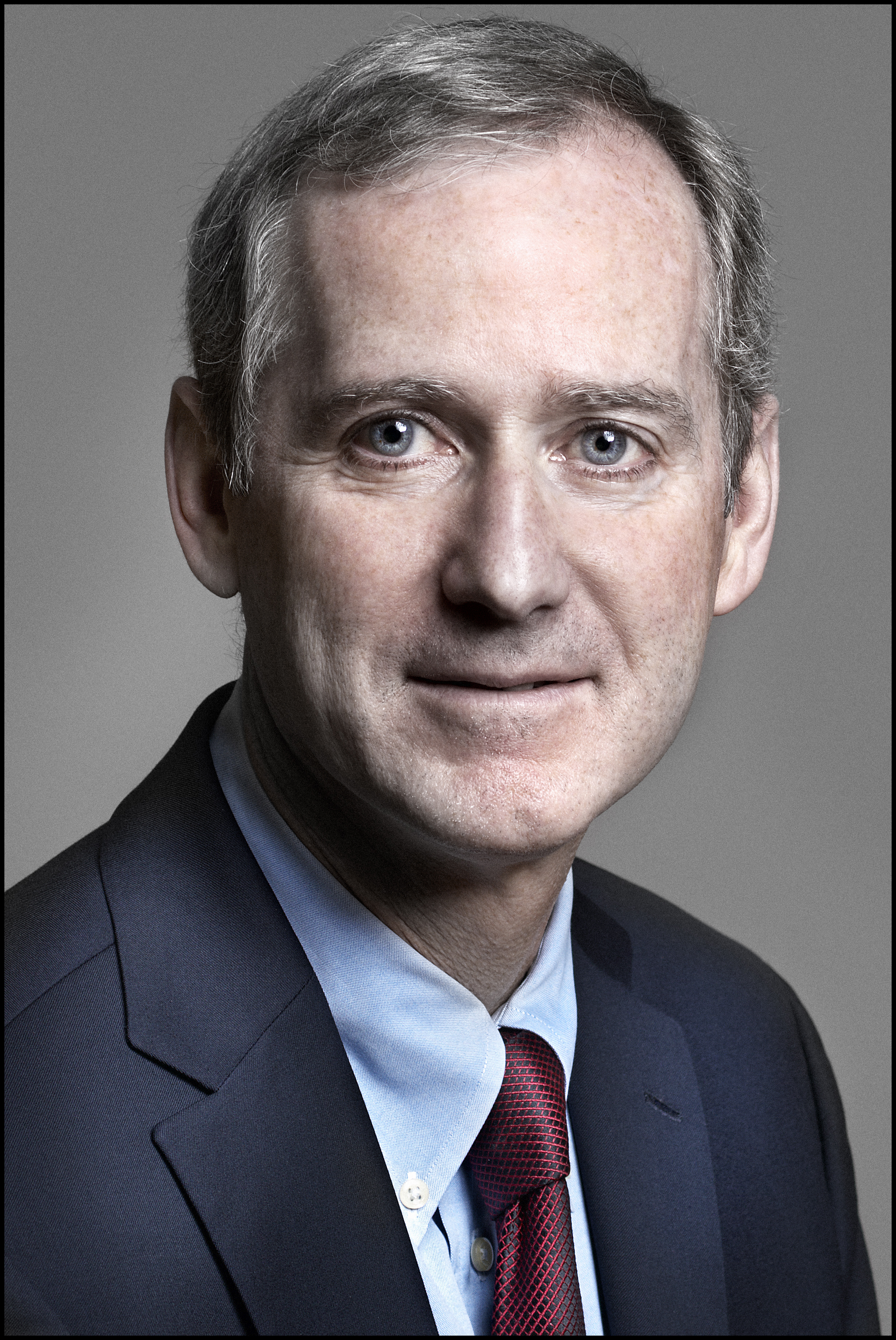 The typical career for a history PhD is presumed to be a university-level teaching job, but I ended up as the global head of institutional business for Fidelity Worldwide Investment. If this seems like an odd career path, it shouldn’t. As a discipline, history offers as compelling a framework for business decision making as any of the courses of study more commonly championed by those inside city skyscrapers and suburban office parks.

MBA graduates organize their thinking implicitly around case studies and spreadsheets, lawyers by way of legal constructs, and accountants according to a body of rules that must be followed in order to arrive at the right outcome. By contrast, historians frame their thinking around connections that occur over time and across multiple dimensions of human behavior. We are trained to sift through and interpret disparate facts, creating a narrative of what those facts could plausibly mean. Good historians develop an instinct for how things happen and how decisions made at one moment can affect what follows in another. It is a perspective that has inherent value in discussions of resource allocation, strategic direction, and other elements of business success.

As global head of institutional business for a firm that manages $300 billion in assets, I attended formal management and board meetings that invariably involved advance distribution of documents, often brimming with years of historic data to provide context for financial projections. No executive naively expects past trends to continue indefinitely, and so the question “What do past numbers tell us?” becomes key. What factors caused a set of results to reach the values they did? Why did they grow, and what made them shrink? Who made it happen, and what skills did they have? How do our numbers compare to those achieved by other firms during the same time in the same environment? What special or unrepeatable circumstances affected the results? What really mattered? These are the sorts of questions asked by business leaders; for historians, they should resonate loudly.

Application of a historian’s training need not involve chronology. The financial crisis intensified investor concern regarding risk management. Like Ronald Reagan entering nuclear arms negotiations, clients adopted a strategy of “trust, but verify.” When Fidelity’s highly capable risk-management professionals communicated with counterparts hired by clients, all was fine. They spoke to each other in the same, specialized language. But when we asked our team to create an accessible document explaining the firm’s approach to senior business executives, who understand finance but are not schooled in the arcane tools of investment risk management, the challenges multiplied. We needed plain prose. Instead, we got verbal versions of higher algebra and quadratic equations supported by value at risk footnotes.

It fell to members of our client-management team—an American history PhD, a British physics MS, and a Swedish business school graduate—to work with our risk-management team and produce an accessible explanation. The teams relied on three sets of primary sources: a series of reports describing the controls for specific types of risk; interviews with key members of the risk-management team; and the minutes of nine risk-management committees operating in London, Hong Kong, and Tokyo, pulling all the elements together for stocks, bonds, real estate, and derivatives at a firm-wide level across the world.

Armed with raw research from primary sources, we articulated the philosophy that underpinned our activities in language our clients could understand. Our risk-management colleagues and senior investment professionals then read and edited our work until all were confident we had it right. If you have ever collaborated on a history article, and submitted it to a panel of advisers for review, you will recognize the process.

But there is more. The true currency of long-term, sustainable business is not money, but trust. Trust is all about building relationships, which requires finding common ground, and that brings us to the business benefits of that large pool of general information acquired by every historian.

A case in point: The sponsors of an industry conference invited me to speak, and at the welcome dinner in Lisbon, they sat me next to a fellow participant, whose obvious Asian heritage and indeterminate British accent prompted me to ask where he was from. “A little town in Tanzania you would not have heard of called Arusha,” he replied; in fact, I recognized the town as the site of Tanzanian president Julius Nyerere’s Arusha Declaration (1967) describing what he called African Socialism. A fascinating and fortuitous conversation ensued, ranging from the coffee farm run by my companion’s family; to the Nyerere government’s expropriation and distribution of the land to local farmers (farmers who were then unable to make a living on the small and commercially unviable plots); to the family’s eventual exodus to London. So a kid from the Bronx, who wrote a senior thesis at the University of Pennsylvania titled “The Role of the Cuban Troops in Africa,” was able to connect with the son of a self-exiled East African coffee farmer of Indian descent. We have been professional friends ever since.

One need not rely on a chance encounter to see the value historical thinking brings to business conversations. The fragile state of the Eurozone poses a great risk to the world economy and is one of the factors institutions must consider when weighing investment decisions. This is only the most recent incarnation—cast now in financial form—of Europe’s efforts to come to terms with “the German question.” At least since Bismarck, finding a way for disparate European cultures to thrive together and maintain distinct identities when one among them reigns so clearly first among equals has bedeviled the region’s leaders. In his recent book, Europe: The Struggle for Supremacy, from 1453 to the Present, Brendan Simms describes a dilemma that is five and a half centuries old. For my purposes, insights gleaned from a range of recent European histories—Tony Judt’s Postwar: A History of Europe Since 1945 chief among them—provide long-range perspective on issues being decided today. Similarly, anyone wanting to make sense of the worst financial crisis in our lifetimes would do well to read David Hackett Fischer’s The Great Wave: Price Revolutions and the Rhythm of History. Couple it with Carmen Reinhart and Kenneth Rogoff’s This Time Is Different: Eight Centuries of Financial Folly, and you have the twin pillars of historical analysis about economic cycles, debt crises, and their implications for people across the globe. Reinhart and Rogoff’s book sparked a global academic controversy rich enough in contemporary significance to attract column space from Paul Krugman, in the New York Times, and Martin Wolf, in London’s Financial Times. We in the world of finance are living history daily.

If you are looking to make sense of the economic competition emerging forcefully between the United States and China, you do not have to read Kenneth Pomeranz’s The Great Divergence: China, Europe and the Making of the Modern World Economy, but it sure does help. I recently thought of Pomeranz’s careful focus on the critical factors that set the West and China on different developmental paths after a discussion with a senior Chinese regulator. He had expressed interest in the evolution of the defined-contribution market in the United States, so my colleagues arranged a meeting for us in Beijing. I explained a confluence of regulatory decisions, market conditions, business opportunities seized by alert companies, and random events that together had transformed the way Americans save for retirement while creating a multi-trillion dollar industry. When I finished—feeling rather proud of myself for a lecture that could have been delivered in a university hall—it became clear that my listener did not believe a word of it. Translators informed me that my counterpart, a senior member of the Communist Party, was convinced that President Nixon conceived of defined-contribution plans as a way to promote economic growth following the 1973 oil crisis. One of us lives in a world where markets emerge according to a messy logic of their own, sometimes with profound long-term consequences (as Pomeranz has shown); the other, in a world where decisions come from the top down. Language was the least of our barriers to true communication. My education continues.

If you are a historian seeking a business career, you should do so with confidence. You bring to interviews a full suite of uncommon strengths: intellectual curiosity, a desire to understand how things happen, a need to know the facts and document them as rigorously as possible, and a recognition that facts matter most when they are woven together in a story that people understand. Do not forget the large pool of general information that will make you engaging to speak with and enable you to connect with associates, business stakeholders, and, above all, clients. You have the potential to add a valuable perspective to a team making important decisions in a field you just might find both fascinating and fun.

Chris McNickle, CFA, PhD, is the former global head of institutional business for Fidelity Worldwide Investment. He serves on the Investment Subcommittee of the AHA Finance Committee and is the author of numerous books and articles on New York City history and investment-related topics. His most recent book is The Power of the Mayor: David Dinkins 1990–1993.