The story of the Holocaust is generally told with a great deal of certitude. Beyond white supremacist hate groups and the dark corners of the Internet, the genocide perpetrated by Nazi Germany and its collaborators against millions of Jews and the systematic targeting of Roma, Slavs, Soviet POWs, the disabled, homosexuals, and other groups are universally condemned. Nazi leaders are rarely lionized, Germans don’t anticipate that Nazi Germany will rise again, and those murdered in the Holocaust are remembered as innocent victims of racism and antisemitism who bore no responsibility for their fate. Dozens of countries have erected memorials and museums to remember this history, usually with the goal of “Never Again.” It’s rare to find a historical event with such a clear chasm between an almost-universally recognized definition of victim and perpetrator, or right and wrong. 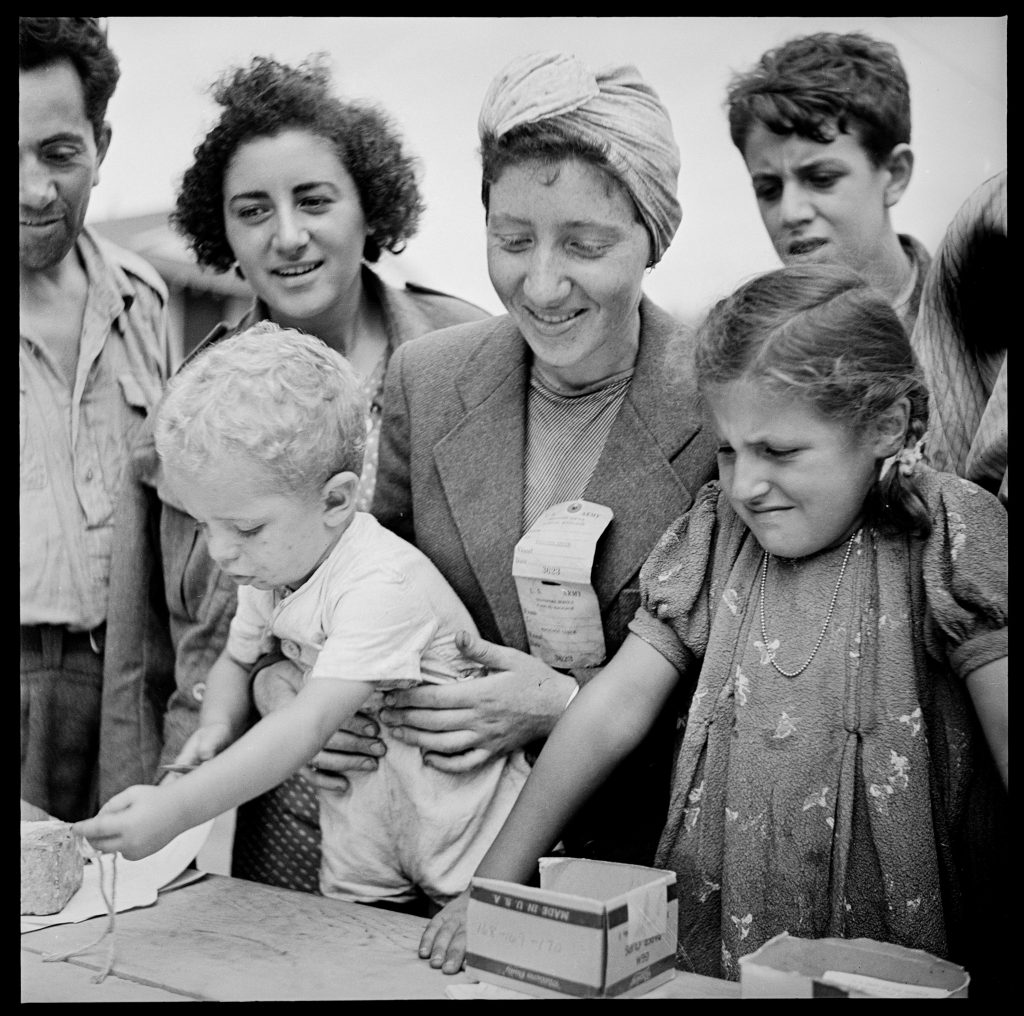 The Fort Ontario Emergency Refugee Shelter in Oswego, New York, was established by the War Refugee Board, an often forgotten aspect of American history during the Holocaust. Wikimedia Commons/Department of the Interior

There should be no historical rehabilitation of Nazi German leaders or their collaborators, but the oversimplification of the Holocaust by the public—and by historians—is still a problem. Human beings perpetrated the Holocaust, fell victim to it, benefitted from it, or watched it happen. Some spoke out, many stayed silent. But the broad brushstrokes of victim, perpetrator, and bystander, particularly when speaking of entire countries, should not apply.

On February 6, 2018, Polish President Andrzej Duda signed a bill allowing Poland to prosecute and imprison anyone who claimed the Polish nation was “responsible or co-responsible” for Holocaust crimes, or other felonies including war crimes. The act, as written, applies to citizens of all countries, and though it supposedly grants exceptions to artistic work and scholarly study, will naturally have a chilling effect on the honest study of Polish citizens’ experiences and actions under Nazi occupation. While “Polish death camps” is a historically inaccurate term, the Polish people were not universal victims. Yes, millions of Polish Jews were murdered, as were many Polish Christians. But other Polish Christians turned in Jews, actively benefitted materially in the aftermath of roundups, and murdered other Poles. The country of Poland suffered a brutal Nazi (and Soviet) occupation; this does not mean the Poles of Jedwabne are absolved in the 1941 massacre of their neighbors. (The AHA has spoken out against earlier attempts by the Polish government to criticize legitimate Holocaust scholarship and recently sent a letter to President Duda condemning the law.)

Whereas Poland would like to rewrite history to remember itself and all Poles solely as victims, Americans tend to believe that the United States was only a knowing bystander in the Holocaust. Franklin Roosevelt, a hero in other contexts, is often believed to be one step away from perpetrator, as are State Department officials. (At least one stage play puts FDR on trial for Holocaust crimes.) Books on the subject of American response to the Holocaust have “Apathy,” “Abandonment,” and “Accomplices” in their titles, and attempt to explain “Why We Watched,” or why the United States believed that “The Jews Were Expendable.” Though these books are sometimes a bit more nuanced than their titles would indicate, the generally understood historical narrative of a United States indifferent to the fate of Europeans Jews took hold in the 1970s and 1980s (when most of these books were published) and has never let go. (These books often also ignore the Allied military effort, which, while it was not directly intended to save the Jews, ultimately ended the Holocaust by defeating Nazi Germany.)

In my recent National History Center seminar, I presented my forthcoming book, Rescue Board: The Untold Story of America’s Efforts to Save the Jews of Europe (Doubleday). In January 1944, the convergence of public pressure and pressure within his administration convinced FDR to create a new agency, the War Refugee Board, and announce a US policy of rescue and relief for Jews and other persecuted minorities in Europe. Though military victory in World War II remained the nation’s priority, the War Refugee Board staff, largely Treasury Department lawyers, worked tirelessly to save lives in the final 17 months of the war. They cut red tape to help relief agencies send money into Europe; negotiated to allow ships carrying eastern European Jews into Palestine; hired Swedish businessman Raoul Wallenberg and sent him to Budapest, where he saved thousands by issuing protective papers; opened a refugee camp in upstate New York; sent 300,000 food packages into concentration camps; participated in ransom negotiations with high-ranking Nazis; and ran a psychological warfare campaign. Based on the comments I received during the question and answer portion of the seminar, it was clear that few of the attendees had ever heard of the War Refugee Board. That is understandable: mine is the first non-self-published book on the topic.

By only incorporating an oversimplified version of a few selected events into the American national narrative—the voyage of the St. Louis, the difficulty of immigration due to racist quota laws and national security concerns, the failure to bomb Auschwitz-Birkenau—historians, and the public we engage, have lost the ability to learn from the holistic history of the United States during this period. When “Never Again” has failed to become a reality and Americans watch humanitarian crises overseas with numb horror, the War Refugee Board’s actions could serve as an inspiration.

There is no benefit to oversimplifying the Holocaust. Poland will not reclaim any imagined lost national pride but the opposite: the new law will chill any scholarship about the actions—heroic or not—of Poles during the occupation. Universally condemning the United States for perceived inaction during the Holocaust erases the positive actions of the War Refugee Board, which saved tens of thousands of lives. We can’t learn from the board’s efforts—or figure out how to implement similar actions sooner when faced with humanitarian crises abroad—if we choose not to remember it because it doesn’t fit our own national narrative. If “Never Again” will ever become a reality, it will be because we examined this history in all its nuance, and not in broad brushstrokes. 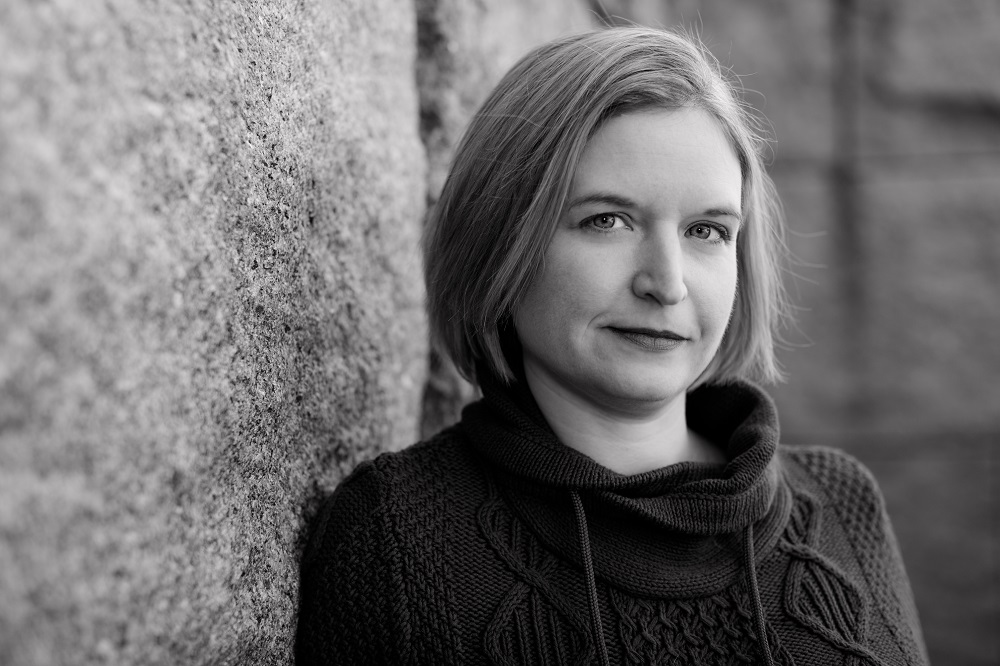 Rebecca Erbelding earned her PhD in American history from George Mason University in 2015. She worked as an archivist and curator at the US Holocaust Memorial Museum from 2003–15, and since 2015 has been a historian for the museum’s upcoming exhibition, Americans and the Holocaust, opening in April 2018. Her first book, Rescue Board: The Untold Story of America’s Efforts to Save the Jews of Europe, will be published by Doubleday on April 10, 2018. Her work has previously been featured in the New York Times, Washington Post, and New Yorker, and on the History Channel and National Geographic.

Established by the AHA in 2002, the National History Center brings historians into conversations with policymakers and other leaders to stress the importance of historical perspectives in public decision-making. Today’s author, Rebecca Erbelding, recently presented in the NHC’s Washington History Seminar program on “Rescue Board: The Untold Story of America’s Efforts to Save the Jews of Europe.”