At its January 3, 2018, meeting, the AHA Council voted to change some important features of the management and editorial structure of the American Historical Review (AHR). The most consequential of these was the decision, starting with the hiring of the next editor in 2021, to no longer require that the editor relocate and take up a position as a faculty member at Indiana University Bloomington (IU). Instead, the selected candidate will be able to remain at their current institution while serving as editor of the AHR. By widening the pool of candidates, thereby enhancing the Association’s ability to recruit the most suitable candidate for the position, the new arrangement intends to continue the long tradition of high-quality editorial leadership for the flagship journal in our discipline. 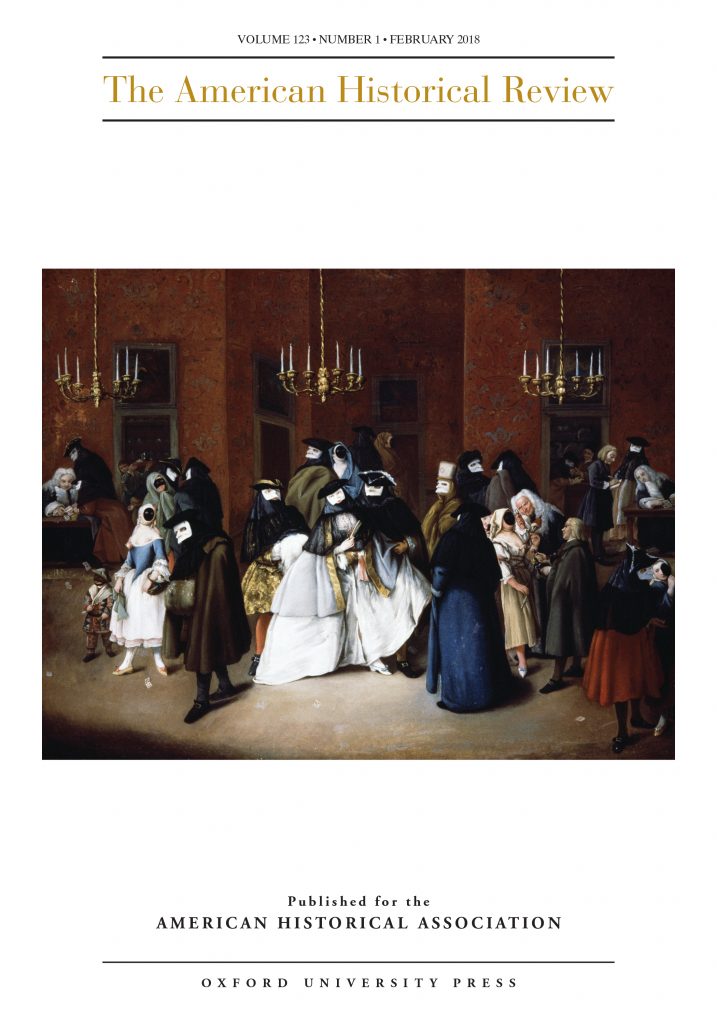 The February issue of the American Historical Review. Changes at the AHR will continue the journal’s long tradition of high-quality editorial leadership.

The other important change mandates the creation of an advisory body that will provide guidance and recommendations for reviews appearing in the AHR. This new board of review editors will help guide decisions about which books and scholarly outputs are reviewed in the AHR, and will work to ensure that reviewers are qualified and reflect the diversity of the discipline. As editor Alex Lichtenstein has written in his editorial for the February issue of the journal, this body will be an “additional means of diversifying editorial practices in the journal’s ‘Reviews’ section.”

The AHR’s office was moved from Washington, DC, to Bloomington, Indiana, in 1975. According to the AHA’s newsletter at the time, the “AHA Council had become increasingly concerned with costs, especially those generated by an editorial staff in Washington which has consisted primarily of professional editors.” These concerns precipitated the agreement with IU, but at the time, the Council also recognized the advantage of associating with a research university: “The Council and the Indiana history department see pedagogical advantages in relocating the Review at a major university. With faculty members as editors and graduate students comprising most of the staff, the Review will continue its traditional scholarly functions but will serve also as a major training device in scholarly editing as an alternative career to now-scarce teaching positions in history.”

Given the long and fruitful relationship between the Association and IU, which has seen the Review remain the most important general journal in our discipline, the Council considered these changes very carefully and made recommendations only after a long and deliberative process. Led by Edmund Russell, who recently completed a three-year term as the AHA’s vice president for research, the Council explored a number of options for the editorial structure of the AHR. Russell said that “the most important considerations during these discussions were the necessity of achieving the AHA’s goals for the journal, and ensuring that the journal would best serve the needs of the discipline for the long term.” These needs include recruiting the best editor, enhancing intellectual leadership and creativity, diversifying review consultants, streamlining processes, and enhancing the flexibility and adaptability of the journal.

Much, however, will remain the same. The existence of a stable and well-established editorial office will ensure the long-term viability of the journal and the continuity of its editorial processes. The graduate student editorial assistants, who are the backbone of the process that makes possible the publication of over 800 reviews per year, will remain an important resource, and the AHA will retain its commitment to training future historians. While in future the editor will not be expected to be based at IU, retaining the office in Bloomington will take advantage of the long-standing and established publishing operation that produces the Review five times a year, while maintaining the high-quality editing for which the journal is known.

As the AHA’s current vice president for research, Sophia Rosenfeld will oversee much of the transition and the search for the next editor. Asked about the plans, Rosenfeld said, “While details will be worked out over the coming months, the AHA greatly values the long-standing relationship with IU and the IU history department. Maintaining this relationship while also developing new structures for consulting on reviews and hiring editors should ensure that the journal remains relevant well into the future.”