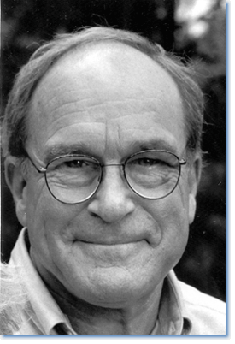 Peter J. Seybolt, emeritus professor of history at the University of Vermont, passed away on August 6, 2012, at age 77. A distinguished scholar of modern Chinese history, he spent his entire 38-year career at the University of Vermont (UVM) and founded both the interdisciplinary undergraduate Asian Studies Program and the Department of Asian Languages and Literatures. He also worked tirelessly for decades to expand opportunities for education about Asia for public school teachers and students throughout the state of Vermont.

Born on August 15, 1934, in Cincinnati, Ohio, Seybolt received his BA degree from the University of Cincinnati in 1956, served in the U.S. Army from 1956 to 1958, and began his graduate work at Harvard in 1959. He received the MAT degree in 1960, taught high school history in California for two years, and returned to Harvard in 1962 to pursue his doctoral studies under the legendary John K. Fairbank. He received his PhD in history and East Asian languages in 1970. He came to UVM in 1969 and stayed until 2007, teaching courses in Chinese history, Japanese history, and U.S. relations with Asia until 2001, and remaining as director of the Asian Studies Program until his full retirement in 2007.

Seybolt authored seven books and dozens of academic articles, book chapters, translations, and reviews during his career. He is especially known for his vibrant description of rural Chinese society in Throwing the Emperor from His Horse: Portrait of a Village Leader in China, 1923–1995 (1996). This book was the crowning achievement of a productive scholarly career that also included Through Chinese Eyes: Revolution and Transformation (1974, with Ed Vernoff), Language Reform in China: Documents and Commentary (1979, with Gregory Kuei-Ke Chiang), The Rustication of Urban Youth in China: A Social Experiment (1977), and Revolutionary Education in China: Documents and Commentary (1973). For many years Seybolt also edited a journal of translations on Chinese education and society.

Seybolt was a talented classroom teacher, as well as a highly conscientious and deeply valued university and departmental colleague. He served as director of the Asian Studies Program and administrator of the Chinese and Japanese language programs throughout much of his career at UVM. His greatest legacy was undoubtedly the establishment of the Department of Asian Languages and Literatures. Seybolt took the initiative in bringing Chinese and Japanese language education to UVM, but for many years those courses were funded by grants he secured from outside sources such as the Freeman Foundation. Beginning in the mid-1990s, Seybolt worked with dogged determination for the creation of a formal department within which these essential language programs could be housed and supported. That vision finally came to fruition in 2007, and now more than 120 students pursue majors and minors in Chinese and Japanese at UVM. Seybolt’s efforts also secured numerous grants over the years in support of Asia-related events on campus, including the Claire M. Lintilhac Lecture in Asian Studies series and other events sponsored by the Freeman Foundation. In addition, Asian Studies Program faculty members have benefitted greatly from support secured by Seybolt from the Paramitas Foundation to fund research travel and other forms of professional development.

Seybolt also worked closely with his friend and colleague Wang Juefei from the late 1980s to establish and develop UVM’s Asian Studies Outreach Program, which received the 2003 Prize for Excellence in International Education from the Goldman Sachs Foundation and the Asia Society. Today that program continues to assist training public school teachers throughout the state in integrating Asia-related content into their classroom curriculum, as well as facilitating travel programs that take Vermont teachers to various parts of Asia every year. Upon his retirement from the university in 2007, Peter received the Robert V. Daniels Award for Outstanding Contributions to International Education at UVM in recognition of his decades of enthusiastic service to the institution and its students. The faculty members of the Department of Asian Languages and Literature at UVM have also named the department’s annual honor, presented to their best graduating senior, the Peter Seybolt Academic Award.

Beyond his numerous academic achievements, Seybolt was an exceptionally personable individual beloved by his colleagues and students. For many years, he and his wife Cynthia invited history department and Asian Studies Program colleagues, their spouses and children, and their students to their home for annual events such as the Chinese New Year celebration. He was an highly active individual who loved life and pursued it passionately. His many activities included community service in his home town of Underhill, Vermont, as well as the Chittenden County United Way and the Vermont Mozart Festival Board (of which he was a founding member); extensive travel in China, Europe, and Central America; gardening, cooking, opera, and exploring the Vermont countryside.

Peter Seybolt is survived by Cynthia Taylor Seybolt, his wife of more than 50 years, their two children Taylor and Amy and their spouses, Susan Seybolt and John Tomasi, grandchildren Willa, Potter, and Reed Seybolt and Peter and Lydia Tomasi, and his sisters Gail Bain and Janice Theron. A memorial gathering of friends and family members took place on August 11, 2012, at the Seybolt home in Underhill Center, Vermont. Donations in his memory may be made to The Peter J. Seybolt Fund for Asian Studies, c/o The University of Vermont Foundation, 411 Main St., Burlington, VT 05401. (802) 656-2010.