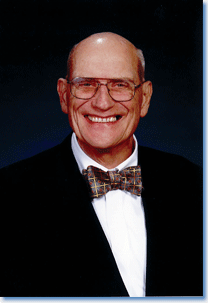 Historian of Southern Culture and AHA Member since 1961

On November 5, 2012, Bertram Wyatt-Brown died at home in the shadow of his beloved Johns Hopkins University in Baltimore, Maryland, where his wife, Anne Jewett Marbury, grew up and where he attended graduate school.

Born in Harrisburg, Pennsylvania, on March 19, 1932, Bertram graduated with a BA in literature from the University of the South (Sewanee) in 1953. He served as a lieutenant in the navy from 1953 to 1955, earned a second BA in history from King's College, Cambridge University, in 1957, and received his PhD in history from Johns Hopkins University in 1963.

Bert married Anne in 1962 and throughout their lives together they were a team, devoted to each other and to the highest intellectual standards. He taught at Colorado State University, University of Colorado, and Case Western Reserve University before becoming the Richard J. Milbauer Professor of History at the University of Florida (1983–2004). He was a visiting scholar at the University of Wisconsin, University of Richmond, College of William and Mary, and Johns Hopkins. A recipient of a Guggenheim Fellowship and an NEH award, he was a fellow at the Shelby Cullum Davis Center at Princeton University and twice a fellow at the National Humanities Center. Wyatt-Brown served as president of the Southern Historical Association, the Society for Historians of the Early American Republic, and the St. George Tucker Society.

He was a brilliant and creative thinker, true intellectual, and kind soul. A major public figure among historians, he wrote for the New York Review of Books, presented public lectures, and was interviewed for television and radio. As editor of the Southern Biography series at Louisiana State University Press, he shepherded 35 books to publication. A prolific writer himself, Wyatt-Brown authored or edited 11 books; almost 100 articles, forewords, and essays; and nearly 150 book reviews and review essays.

His first book, a revision of his dissertation, Lewis Tappan and the Evangelical War against Slavery (1969), still ranks as one of the indispensable studies of American abolitionism and northern religious thought. The book appeared during the heroic years of the civil rights movement, a time that his PhD advisor, C. Vann Woodward, termed the "Second Reconstruction." In those years northerners who went south for racial justice found their motives challenged and demeaned, as the motives of abolitionists had been. Although Woodward, like most of his generation, viewed abolitionists as extremists motivated by status anxiety, greed, and other unflattering concerns, Wyatt-Brown disagreed. Doggedly pursuing the evidence, he showed them to be idealistic, moral, sincerely altruistic, committed to democracy and racial justice, and religiously motivated.

His landmark study, the highly original, readable, and profound Southern Honor: Ethics and Behavior in the Old South (1982, 25th anniversary edition with new preface, 2007) was a finalist for the Pulitzer Prize and American Book Award, and remains an essential study of southern history and culture. In it, Wyatt-Brown described a paradigm of behavior, attitudes, and perceptions of the South based on the trope of southern history, "honor." He unraveled that idea as an extraordinarily complex set of postures toward life that reached back into ancient Celtic and Greek cultures and recreated itself, often in bizarre and destructive ways, in the articulation of the southern self. Southern Honor inspired generations of historians interested in gender and in culture, rejuvenated the field of American studies, and pointed the way to scholarly micro-history and community studies.

In Yankee Saints and Southern Sinners (1985), Wyatt-Brown continued to explore the meaning of honor and culture. He also wrote pioneering works of literary history. His House of Percy: Honor, Melancholy, and Imagination in a Southern Family (1994) analyzed the quaint construct of "melancholia," and the depressive or bipolar conditions underlying it, as an undertone of literary expression and an element in creative lives. His most recent book, A Warring Nation: Honor, Race, and Humiliation in America's Wars, will be published posthumously.

Few scholars have ranged as broadly or influentially as Wyatt-Brown or done so with his depth, sophistication, and complexity. His work illuminated dark and difficult subjects. The evangelical crusade for abolition, the violence and grip of southern honor, the ironies and contradictions of the southern family and community, the mix of creativity and depression in writers he knew, from Walker Percy to Sylvia Plath, are themes opened to us because of Wyatt-Brown's imagination, perception, and honesty. He was at ease writing about the colonial era, and Edgar Allen Poe, Lewis Tappan, and Abraham Lincoln in the 19th century, as well as the Percys, T. H. Lawrence, and Ted Hughes in the 20th century, about individuals, wars, and our own times. He validated the intellectual in the South, moving beyond clichés that long had defined and limited understanding of the region. He broke new ground in the history of emotions and irrationality. He was a true interdisciplinary scholar who showed how historians can use anthropology and psychology to understand cultures and society.

I first met Bertram Wyatt-Brown in 1978 at a conference on southern communities. Bert was already a recognized star in southern history, while most of the attendees at the conference were, like me, either newly minted PhDs or graduate students finishing their dissertations. One observer remarked that Bert was our "ringer" at the conference. We all remarked on how supportive and helpful Bert was to us tyros. He continued throughout his career to be a wonderfully supportive colleague.

One of Wyatt-Brown's lasting legacies is his graduate students: He directed 36 PhD dissertations. He was more than their thesis advisor; he cared about his students and worked tirelessly for them. Recognizing his care and effectiveness as a mentor, his students organized a conference in his honor and a festschrift, appropriately titled Southern Character: Essays in Honor of Bertram Wyatt-Brown (2011). Here, his students show their appreciation for his intellectual collaboration, and even more for his utterly heartfelt joy in their shared discoveries.