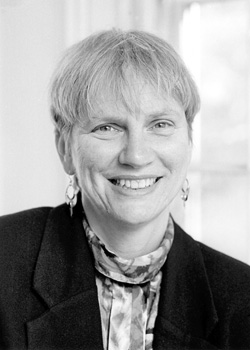 Paula E. Hyman, the Lucy Moses Professor of Modern Jewish History at Yale University, died at her home in New Haven, Connecticut, on December 15, 2011. The cause of death was cancer.

Hyman was both a Jewish feminist activist and a leading scholar in the field of modern Jewish history. She began teaching at Columbia University in 1974, even before she was officially awarded her PhD degree, and she taught there as an assistant professor until 1981. She subsequently moved to the Jewish Theological Seminary, where she simultaneously served from 1981 to 1986 as associate professor of history, and dean of the Seminary College of Jewish Studies (she was the first woman to hold this position). She then moved to Yale University, where she held the Lucy Moses Professorship of Modern Jewish History, a joint appointment in the Departments of History and Religious Studies. She also served for over 10 years as chair of the Program in Judaic Studies at Yale, making her the first woman to direct a Jewish Studies program at a leading university.

Having come of age in the 1960s and early 1970s, Hyman was deeply influenced by both feminism and the rise of social history. Indeed, these two themes informed her work throughout her career. In her first book, The Jewish Woman in America (New York: The Dial Press, 1976), which she coauthored with Charlotte Baum and Sonya Michel, Hyman documented the important role played by Jewish women, especially in the East European immigrant community. As she showed, the role of Jewish women was never restricted to the home. Rather, Jewish women at the turn of the century played important roles in the public sphere. They frequently served as partners in family businesses, and they also became political activists, as in the New York City kosher meat boycott of 1902, or in the wave of social activism that followed the 1911 Triangle Shirtwaist factory fire.

But while much of Hyman's scholarship continued to focus on issues relating to American Jewish life, she was also the foremost historian of modern French Jewry on this side of the Atlantic. Her first scholarly monograph, From Dreyfus to Vichy: The Remaking of French Jewry, 1906–1939 (New York: Columbia Univ. Press, 1979), which in 1980 was named a finalist for the National Book Award, once again brought the immigrant experience to the forefront. In France, no less than in the United States, the history of the French Jewish community has been a history of successive waves of immigration. As Hyman showed, by the mid-1930s, immigrants, primarily from Eastern Europe, but also from the Levant, and increasingly from Central Europe after the Nazi seizure of power, came to constitute the majority of the French Jewish community. Hyman's book brilliantly describes the often tense relations between native French Jews and their immigrant coreligionists, and the sometimes bitter political struggles that ensued. Native French Jews, who had struggled for decades to become assimilated, greeted the newcomers with a mixture of paternalism and disdain, and they erected barriers to prevent them from assuming leadership roles in the Jewish community. At the same time, Hyman also showed that the immigrant experience profoundly changed the face of the French Jewish community. Jewish immigrants created a vibrant Yiddish cultural life, and many came came to play important roles in left-wing movements, such as anarcho-syndicalism, and the socialist and communist parties.

In her next book, The Emancipation of the Jews of Alsace: Acculturation and Tradition in the Nineteenth Century (New Haven: Yale Univ. Press, 1991) Hyman gave even more emphasis to social history, and together with Marion Kaplan, Todd Endelman, and Steven M. Lowenstein, she was a pioneer in this field. Using both qualitative and quantitative sources, such as census and notarial records, Hyman sought to give voice to the impoverished Jewish masses of Alsace, who constituted the overwhelming majority of Jews in France at the time of the French Revolution. In particular, she demonstrated how the process of assimilation was far more gradual than suggested by earlier scholarship, which had focused on urban intellectual and religious elites. As she showed, the vast majority of rural Jews continued to speak Yiddish and practice traditional Jewish trades, such as peddling or cattle and horse trading, well into the 19th century, even as they began to experience upward social mobility and migrate to cities.

In addition to these works, her masterful synthesis of French Jewish History—The Jews of Modern France (Berkeley: Univ. of California Press, 1998)—will long be regarded as the preeminent survey of the modern French Jewish experience. In this book, Hyman drew extensively on scholarship in the field of French history generally to highlight the ways in which the history of Jews in France reflected the major themes of French history, such as the persistence of xenophobia and antisemitism, and the hostility of the Jacobin tradition of assimilation to any manifestations of cultural pluralism. Indeed, as Hyman showed, French Jews of immigrant backgrounds pioneered in articulating "the right to be different," which in recent years has become a dominant theme of French cultural and political life.

Hyman's scholarly output was enormous. In addition to over 60 articles, she authored or co-authored five books, and edited two others, including Puah Rakovsky's My Life as a Radical Jewish Woman: Memoirs of a Zionist Feminist in Poland (Bloomington: Indiana Univ. Press, 2001); and The Jewish Family: Myths and Reality, edited with Steven M. Cohen (New York: Holmes and Meier, 1986). She also coedited with Deborah Dash Moore Jewish Women in America: An Historical Encyclopedia, 2 vols. (New York: Routledge, 1997), which won the Association of Jewish Librarians' award for best reference work in 1998, as well as the National Jewish Book Award in 1999; and Jewish Women: A Comprehensive Historical Encyclopedia, coedited with Dalia Ofer (Jerusalem: Shavli Publishing Ltd., 2006). Over the course of her career she received numerous honors and awards, including an ACLS fellowship in 1978, an NEH Fellowship in 1986–87; and an Achievement Award in Historical Studies from the National Foundation for Jewish Culture in 2004.

Finally, she served as mentor to several generations of students at Columbia University; the Jewish Theological Seminary; and Yale University. The range of PhD dissertations she supervised or helped to supervise was enormous, and she tirelessly promoted the careers of her students as well as many colleagues. Despite repeated bouts with cancer, she always maintained a unflagging sense of good humor, and she continued to be extraordinarily generous with her time. Indeed, she taught at Yale and chaired the Program in Judaic Studies as late as this past fall. Perhaps most importantly, she played a critical role in bringing Jewish history from the periphery into the mainstream of the historical profession, as all those who have attended the conferences of the American Historical Association and the Society for French Historical Studies in recent years can attest. The study of Jewish history today has become well integrated into the broader historical profession, and that achievement is in no small measure due to Paula Hyman's dedication, persistence, and commitment to the highest standards of scholarship.

Paula Hyman is survived by her husband, Stanley H. Rosenbaum; two daughters, Judith and Adina; twin grandchildren, Ma'ayan and Aviv; as well as her mother, Ida Hyman, and two sisters, Merle and Toby Hyman. Donations in her memory may be made to Hebrew College of Boston or the Jewish Women's Archive (JWA.org).