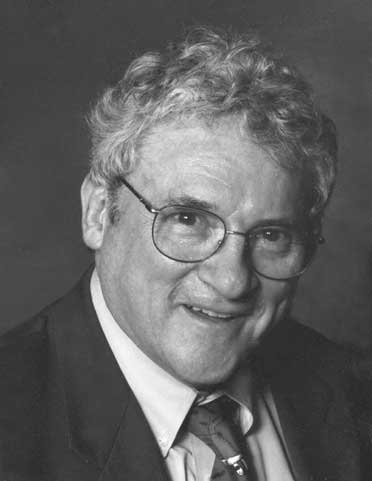 William B. Cohen of Indiana University died on November 25, 2002, at the age of 61 after an accident at his home in Bloomington, Indiana. He was a pioneer in the study of French colonialism and made important contributions to topics as varied as French municipal government and the legacy of the Algerian War.

Cohen was born in Finland, the son of German Jewish refugees, and spent his early childhood in Sweden. After World War II, his father, a prominent physician, was sent to Ethiopia by the World Health Organization. Cohen attended school in French, spoke German at home, and learned Amharic, English, Swedish, and some Italian as well. He often remarked that he spoke many languages, "all with an accent." When his father died in 1957, the family moved to California, where Cohen attended high school. He received his BA from Pomona College in 1962 and the PhD in history from Stanford University in 1968.

In 1967 Cohen joined the history department of Indiana University. He leaves an outstanding legacy of service to the department, the university, and the profession. He directed the West European Studies Program, chaired the history department from 1980 to 1987, and was serving as director of graduate studies in history at the time of his death. He was the heart of our field in modern European history, to which he brought high but fair and compassionate standards. Cohen was also active in the AHA and a past president of the Society for French Historical Studies. His scholarly contributions include monographs, journal articles, reviews, edited collections, and a widely used text book.

Cohen's writings show his prodigious scholarship and also a penchant for confronting conventional wisdom. With Rulers of Empire (1971) he challenged accounts of the civilizing role of French colonial administration. Cohen traced the transformation of the colonial service from "rough buccaneers" to elite administrators, but he also revealed their ultimate failure to form an efficient civil service from the educated local elites that colonial rule had created. The French Encounter with Africans (1980) debunked the myth that French attitudes were less racist than those of other Europeans. It shows the evolution of racist ideas over three centuries and the development of France's own brand of scientific racism. Urban Government and the Rise of the French City directs attention away from the usual themes of centralization and Parisian dominance to highlight the experiences of provincial cities in the 19th century. Cohen shows that they drew upon their own municipal traditions to face the challenges of modernizing urban government and infrastructure. At the time of his death Cohen was nearing completion of The Algerian War in French Memory and Politics, 1962–2002. Some of his thoughts on the conflict between official memory and popular opinion have already appeared in journals, and we anticipate that the manuscript will be published shortly.

Cohen's work occasionally injured Gallic pride, and French writers sometimes questioned his sympathies if not his scholarship. But no one who has seen him in France can doubt his love of the country and its culture. He delighted in the wonders of Paris, and he derived almost as much enjoyment from observing French politics as from French cuisine.

Most of all, we will miss Cohen's charm, wit, and kindness. Former graduate students recall with admiration both his professional and personal support. His sudden and untimely death deprives us all of a warm and generous person who inspired us with his love of history and his enjoyment of life. He is survived by his wife, Christine Matheu, and daughters Natalie, Leslie, and Laurel.