Importance of History in the Present Controversy over “The Interview”

As the week began on December 15, the headline story related to North Korea was the threat of terrorist attacks on theaters showing The Interview, originally scheduled for nationwide release on Christmas Day. Depicted as a comedy about two journalists recruited by the CIA to assassinate the North Korean leader, the film has caused major controversy since news of it came out in June 2014 with North Korea blasting it as “an act of war.” The New York Times explained that “to depict the killing of a sitting world leader, comically or otherwise, is virtually without precedent in major studio movies.” This was followed by one of the largest security breaches by hackers (allegedly backed by North Korea; allegations of which North Korea has officially denied) who stole some 100 terabytes of data from Sony Pictures in retaliation. With Sony’s cancellation (that was backtracked as just a delay) of the film’s release, the controversy has now extended to what freedom of expression means in this day and age of hackers and global media conglomerates. 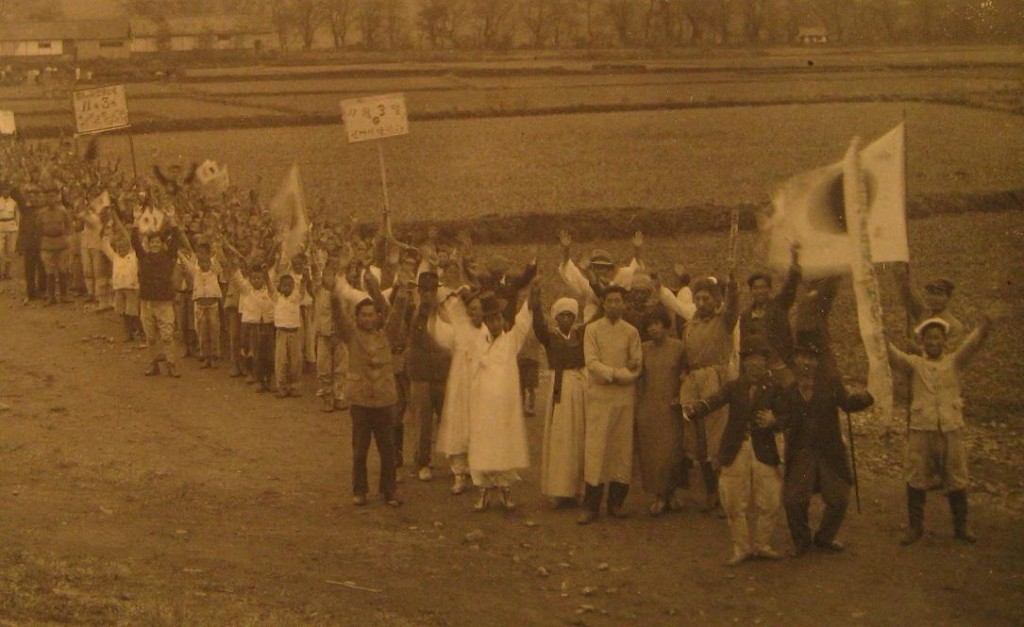 Amid these present day concerns, it may seem anachronistic to focus on the first five years of North Korea’s history, but rather than giving way to knee-jerk reactions, now is an opportune moment to highlight the importance of historical context in understanding the present. I was pleased to find a diverse group of scholars, students, journalists, and general public who took the time to attend my talk last Monday at the Washington History Seminar, a joint venture of the National History Center and the Woodrow Wilson Center. I introduced my book, Everyday Life in the North Korean Revolution, 1945-1950 (Cornell Univ. Press, 2013), which examines the process of social revolution in North Korea after the end of Japanese colonial rule with its defeat in the Asia Pacific War. A thorough land reform gave land to the peasants that tilled it (not to be collectivized until after the Korean War), and the first modern elections began the process of centralization of local politics that were largely autonomous in those years. During my talk, I showed how North Koreans expressed their hopes for the future in posters and magazine covers published in the 1945–50 period. I also shared faded black and white photos found in the National Archives as part of the captured North Korean documents collected during the Korean War (1950–53); these photographs convey the sense of novelty and excitement people felt at these key episodes of North Korea’s social revolution. Indeed, an American liaison officer stationed in Pyongyang described the elections as a “chautauqua scene,” alluding to the American adult education movement popular in the late 19th to early 20th century.

The rarely seen photos elicited a particularly captivated response from South Korean press and news agencies in attendance at the seminar. They were especially intrigued by a photo of a North Korean dressed up as Charlie Chaplin’s Tramp in celebration of the first elections in November 1946. Graduate students posed astute questions about historiography, probing the benefits of microhistories and inquiring about remaining gaps to be addressed in North Korean history. Discrepancies between the early images of North Korea and present-day conditions prompted some to raise the role of the police and other security organs, asking how to connect the past with the present. One woman sheepishly came up to me after the talk to ask what I thought about the current storm over The Interview. Here is my belated answer: while our modern age seems progressively more consumed by the present as we “tweet” about each moment (this blog post included), it is more important than ever to seek to understand the multiple histories of places like North Korea. The reasons for North Korea’s outrage at the controversial film deserve closer and deeper reflection than merely adding publicity to an already overblown Hollywood or confirming the already established view of North Korea as a totalitarian state.

The history of North Korea’s sense of threat is no joking matter. Hundreds of thousands of Koreans perished in the conflict that ensued after the arbitrary division of the country in 1945 by the occupation forces—USSR in the North and USA in the South—and the subsequent Korean War killed over three million Koreans, most of them civilians. It was this experience of war, and the continuing war (the US and North Korea technically remain in a state of war as the ceasefire that ended the war has yet to be replaced by a peace treaty) that destroyed the spontaneity and playfulness of the everyday offered by the first five years of North Korean history as national sovereignty and security overtook all areas of life. The Interview is not comparable to Chaplin’s witty satire of Hitler in The Great Dictator (1940) as some have written; rather, it is the tragic outcome of historical amnesia that erases the Korean War as the “Forgotten War” and ignores the 60-year conflict with the United States that banished The Tramp and the possibility of critical satire from North Korea.