The AHA has arranged a series of exciting tours for annual meeting attendees this year in the historically and culturally rich New York City. One of these, a bus tour of Harlem, the Bronx, and Arthur Avenue, promises both intellectual and culinary adventures. Enjoy all the savory details in this guest blog post from Michael Wolfe.

Arthur Avenue in the Belmont section of the Bronx is the Little Italy of New York, if not the US. Bring a hearty appetite to this three square blocks of a foodie’s vision of il Paradiso that awaits your culinary exploration. 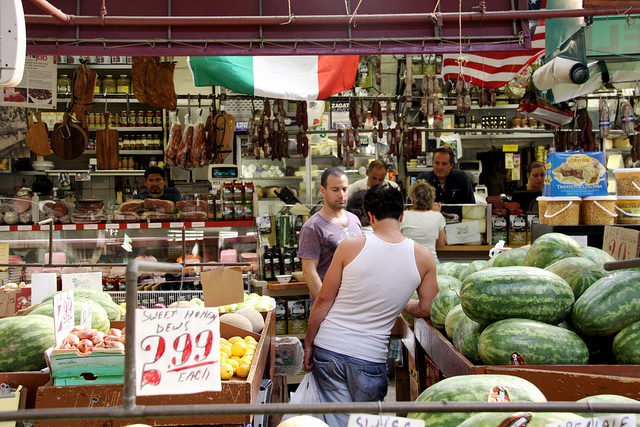 A great place to begin is in the Arthur Avenue Market (2321 Hughes Ave.), built by Mayor Fiorello La Guardia in the 1930s. After you’ve visited all the various vendors, including Peter’s awesome butcher shop, grab a focaccia sandwich or an eggplant parm at Greco’s Deli and wash it down with a pint from the Bronx Beer Hall where someone will likely be playing jazzy tunes on the standup piano. On your way out, pick up a hand-rolled cigar so you too can be like Joe Pesci, the quintessential wise guy who was discovered when he worked as a maître d’ at one of the local eateries.

Make room for more eats a few doors down at the Calabria Pork Store, where you can sample house soppressata, sweet or hot, and few doors further down from there nibble on pecorino cheeses or house mozzarella (wrapped in prosciutto) at Calandra Cheese. If you’re hankering for something sweet, go to Artuso Pastry Shop (670 E. 187th St.) for some struffoli or a fresh-filled cannoli at Madonia Brothers Bakery (2348 Arthur Ave.).

A few steps from Madonia Brothers, seafood lovers can feast on oysters and clams, fresh-shucked right on the sidewalk at Cosenza’s Fish Market (2354 Arthur Ave.). If you can manage it, pick up a few pounds of fresh fettuccine cut and packed by nona at Borgatti’s, along with some other goodies at Teitel Brothers and some house sausage at Vincent’s so you can bring some of Arthur Avenue’s delicacies home with you. 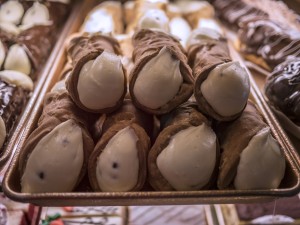