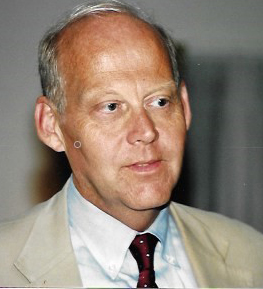 Simeon J. Crowther, a leader in the effort to expand the role of teaching in the activities of the AHA, died on November 14, 2019, in Seal Beach, California. A member of the economics department at California State University, Long Beach (CSULB), Sim was a specialist in the economic history of 18th-century America. He was a central figure in university professors’ movement to improve the teaching of history in schools.

Born in 1943 in North Sydney, Nova Scotia, Sim grew up in the town of Willows in northern California. He received his bachelor’s degree at the University of Oregon and his doctorate at the University of Pennsylvania. In 1968, he became assistant professor of economics at CSULB, and in 1973, he won a fellowship at Harvard University. His publications include “The Shipbuilding Output of the Delaware Valley, 1722–1776” in the Proceedings of the American Philosophical Society (1973) and “Urban Growth in the Mid-Atlantic States, 1785–1850” in the Journal of Economic History (1976).

A meeting of remembrance held on December 7, 2019, on the CSULB campus drew 75 people from his family and a variety of disciplines at the university. Sim’s career at CSULB included a number of administrative positions: he served as chair of both the economics and finance departments, dean of the School of Social and Behavioral Sciences, and interim vice president for academic affairs. During the 1970s and 1980s, harsh tensions between faculty and administration at CSULB posed a significant challenge to leadership. Crowther’s ability to maintain good relations with colleagues from many departments enabled him to contribute creatively to administrative matters for an unusually long period of time. In retirement, he wrote a manuscript on faculty experience during the rapid growth of the California State University system in the 1950s.

Sim also played an important role in the process whereby teaching gradually became a major concern of the AHA. In 1978, he joined the board of The History Teacher, the quarterly journal that began at the University of Notre Dame in 1967 and moved to CSULB in 1972. In 1978, Crowther joined the board of the Society for History Education (SHE), which published The History Teacher and played a major role in encouraging the AHA to rethink its goals to include the teaching of history. Crowther became SHE’s president in 1988 and worked closely with the growing number of historians who were developing programs on their campuses to work with history teachers. He presided over SHE’s national board and its journal, which met during the annual meetings of the AHA. He also arranged informal get-togethers for historians who were working with local teachers. Sim played a central role in helping The History Teacher flourish at a time when many scholarly periodicals were encountering major difficulties. In 2003, he passed on the presidency of SHE to Troy Johnson, professor of history and American Indian studies at CSULB.

Sim is survived by his wife, Sara Waggener Smith, professor emerita in psychology and linguistics at CSULB; his daughter, Kathleen Crowther, associate professor in history of science at the University of Oklahoma; his son, John Charles Crowther; and five grandchildren.