If You Charge Facts with Bias, Historians Are Guilty 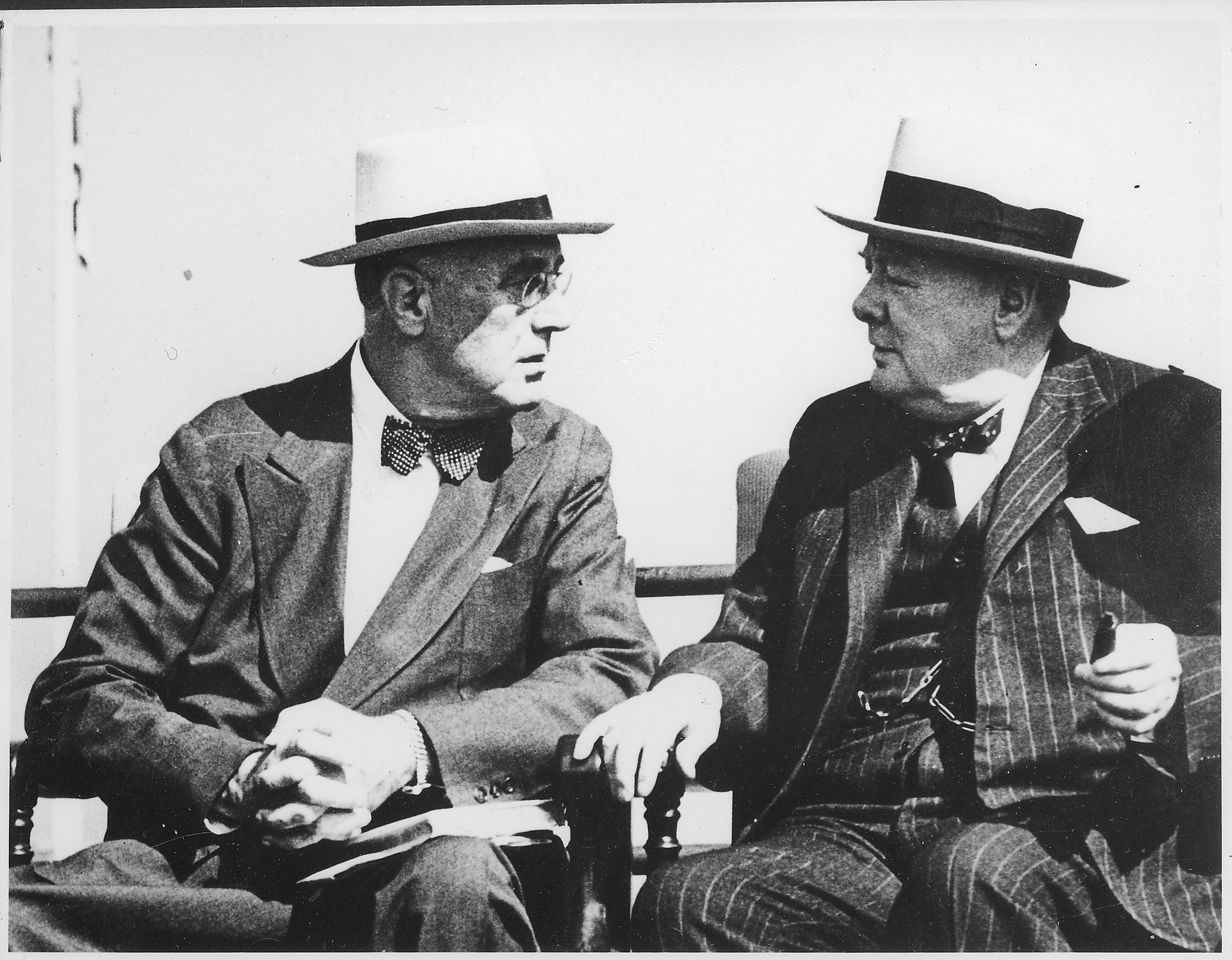 This followed a piece on the WashingtonPost.com in which I highlighted the paradox that, while Franklin D. Roosevelt and Winston Churchill fiercely opposed the Nazis, they didn’t argue against the bedrock of Nazism itself: race supremacy. “The Allied leadership did not fight the war over fascist race-nationalism,” I wrote. “That was the historical path not taken.”

Was mine an anachronistic critique from ahistorical hindsight? No: there is plenty of evidence of Roosevelt and Churchill’s contemporaries who criticized Nazism as Nazism. African Americans did so, as did American and non-American Jews, a Palestinian veteran of the Spanish Civil War, and more. In other words, contemporaries offered grounds for “judging” Roosevelt and Churchill.

Not a provocative argument, it seemed to me, as a historian of 20th-century Britain. But it triggered quite a response. (One right-wing blogger even threatened me.) Why?

Intellectual historian Nils Gilman put the matter this way: “right-wingers assume that professional historians approach the past from the same (e.g., primordially political) perspective as they do . . . therefore what they are doing is simply providing a corrective to the leftist political bias of the academy.” In the eyes of some on the political right, history is a zero-sum game whose goal consists of scoring more points than an opponent; it makes sense that they lash out when they think “the other side”—me, in this scenario—has indeed scored some.

Further, Gilman has described a movement unfolding amid the right that aims to create an alternative history, or “usable past.” Gilman calls this “a politically self-conscious project . . . central to their effort to roll back the twentieth century’s expansion of political inclusiveness, social tolerance, and the welfare state.” This alternative history can take the form of fantasies like Jonah Goldberg’s Liberal Fascism, which I’ve addressed elsewhere,or arguments that the Civil War wasn’t about the South’s right to enslave people, as in Donald Livingston’s It Wasn’t About Slavery.

Rightists claim that professional historians are leftist partisans making mere political fodder of history. Historians who point out that Athens was especially xenophobic and a slave state, for instance, are being anachronistic; those who draw attention to Lincoln’s support for deportation of the formerly enslaved are engaging in “woke” moralizing; classicists who describe the ethnic diversity of Roman culture are ivory tower elitists.

How should historians behave in response to an active movement aiming to paint them as partisans seeking points in a zero-sum game?

Right-wing pundit Dinesh D’Souza has made a cottage industry of suggesting that a conspiracy exists among professional historians looking to paint the Democratic Party as, historically, the party of equal rights when, he claims, the Republican Party has a better claim to that mantel. (The overwhelming consensus among historians is that Democratic legislators and voters became pro–civil rights in roughly the middle of the 20th century.)

The right’s reaction to the New York Times Magazine’s 1619 Project is the most prominent recent case. The 1619 Project comprises a series of histories about how the deep roots of structural racism in the United States date to the arrival of kidnapped Africans in colonial Virginia. Some professional historians, as they do with other serious public histories, have raised good-faith questions of interpretation in those pieces, in things like the relative weighing of evidence. Few, if any, have identified serious errors of data. But among conservative activists and politicians, the problem with the 1619 Project has been that it exists. History itself is the enemy, not interpretation, since they don’t attack it on those grounds. The very act of doing it, in the words of Newt Gingrich, amounts to “propaganda.” President Donald Trump, as only he can, has named it a “Racism Witch Hunt.”

How should historians behave in response to an active movement aiming to paint them as partisans seeking points in a zero-sum game?

First, we should state a few things loud and clear: we acknowledge that, in addressing right-wing productions of history and critics of professional history, we are engaging with people playing a game of trolls. There’s no real debate going on, for many reasons: among them, we don’t consider isolated, cherry-picked facts good history; we value complicated, multifaceted explanations; we overwhelmingly make our arguments in peer-reviewed venues. Further, right-wing critics of our discipline aren’t actually debating us on the merits of our evidence or reasoning. In the example of my piece about Churchill’s and Roosevelt’s positions on racial supremacy, right-wing pundits didn’t actually debate the argument I made; they simply saw an opportunity to write, “Left-wing pinhead attacks the Greatest Generation!”

We should also be honest in admitting that we haven’t always done a great job making the case for why a broad public, beyond the pugilists, should consider us the opposite of the D’Souzas and Charlie Kirks. Let’s at least start explaining, perhaps beginning with our students and other publics, how our systems of training and professional assessment subject our methods and judgments to comprehensive and seemingly countless reviews. Let us clarify, in a non-pedantic way, how our professional norms reward us for sharply scrutinizing one another’s work. The fact is, we gain professional kudos among ourselves for spotting shoddy reasoning, poor-quality evidence, and so on. Still, the fact that our professional norms punish unsupported arguments won’t convince those playing for points, since they believe we’re all involved in a vast left-wing conspiracy to disseminate lies.

We must acknowledge that our many efforts at public outreach can only reach those willing to listen.

We must acknowledge that our many efforts at public outreach can only reach those willing to listen. Consumers of right-wing productions of history are interested exclusively in cheering on their side. We can indeed “dunk on D’Souza,” as the saying goes on Twitter, as a means of teaching good history along the way. But we’re not convincing people who were never interested in good history to begin with. We should also acknowledge that trolls benefit from the attention we give them, pointing to our engagement as proof that they’re getting under our skin, and that if they’re getting under our skin, they must be threatening our conspiracy. Sadly, and dangerously, some of those people are state legislators, who can hurt state university budgets or pass anti-free-speech laws.

Finally, let’s start talking—out loud, in our professional magazine—about how we’ve been made partisan. Customarily, ours is not work that encourages us to support one party or another; to do so would invite a searing scrutiny of our sources, methods, and judgments by our own community. But today’s Republican partisans do, should, find a natural enemy in us. There’s no point denying it.

As a profession, we’re committed to arguing from the best evidence, to following that evidence wherever it leads—even to uncomfortable, politically inconvenient, unremunerative places, to complicated stories and shades of gray. Conservatives themselves, from Bruce Bartlett to Max Boot to Peter Wehner, argue that the Republican Party has abandoned deductive logic from the best evidence.

Further, historians don’t argue from claims about human nature (which we know are made in history) or from essentialist claims about “race” (also made in history). We don’t require “balanced perspectives” if the evidence doesn’t provide a case for balance. (We don’t balance out our descriptions of Nazis as monstrous with descriptions of Nazis as very fine people.) And by operating strictly in the reality-based world of drawing complicated conclusions from abundant, quality evidence, we’re often led into unflattering histories of nationalism, and nativism, and the sort of racism that digs deep, multigenerational roots into institutions.

Sure, it’s happened before that people with political motivations have found good history to be their political enemy. So too with science. But since Goldwater’s life-or-death “paranoid style” through Karl Rove’s mocking of the “reality-based community,” and accelerating with Trumpism, the practices of history have become anathema to right-wing politics as never before. Let’s face it: history is “partisan” against a party that’s anti-history.