Martha Chaiklin is currently affiliated with Zayed University. She lives in Dubai and has been a member since 2004. 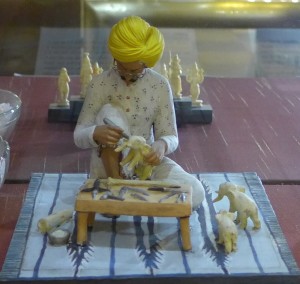 When did you first develop an interest in history?
In the fourth grade. I shifted between wanting to be an archaeologist, museum curator, and professor at various times in my childhood and youth. I have acted in all these capacities as an adult. They are all just different ways to work with history.

The second is an exploration of modernity and social history in Meiji Japan through the development of the Western shoe industry. It will shine light on unrecognized interactions between the workers, the inventors, the investors, the buyers, and the consumers that will change our perceptions of the social fabric of late 19th- and early 20th-century Japan.

Have your interests evolved since graduation? If so, how?
Yes and no. I still focus on material culture and cross-cultural interaction but I have expanded my work considerably both chronologically into the 19th and even the 20th century and geographically into the Indian Ocean and the world. I do not look at Japan as an isolated exception any more, but as part of a larger world system.

Why have you continued to be a member of the AHA?
Even though AHA continues to be dominated by American and European historians, retreating to other professional organizations only exacerbates the divide. I am a historian first and a regional specialist second.

Do you have a favorite AHA annual meeting anecdote you would like to share?
I was hit by a car crossing the street at the 2013 AHA in New Orleans on the way to a job interview. Despite rolling over the hood and bouncing on the street, I refused to get into the ambulance so I could go to the interview on time. I was sure to flash the police report to explain my bleeding knees and dirty suit but I still did not get short-listed.

Other than history, what are you passionate about?
Playing 1920s and 1930s jazz on the ukulele, even though I am untalented and never improve. It is just so much fun.