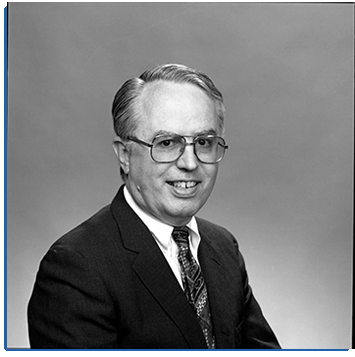 David Perry Shriver was born in Jersey City, New Jersey, 1939, and died in Cleveland Heights, Ohio, on October 6, 2012. He is survived by his beloved wife of 50 years, 4 children, and 11 grandchildren. He received his BA in history in 1962 at the College of Wooster, where he met his wife, Elizabeth Ann Nelson. He then went on to obtain his doctoral degree from Case Western Reserve University in 1974.

In 1966, Shriver joined the faculty at the Metropolitan Campus of Cuyahoga Community College, where he achieved a number of distinctions and honors in over four decades of teaching, scholarship, and community service. He was the chairman of the history department and a recognized leader of campus and college governance. Professor Shriver embodied the phrase "still waters run deep" in the way he taught and thought, and in his subtle but penetrating insights on scholarship and issues of college life. His teaching and research interests involved the colonial and revolutionary periods of US history as well as interdisciplinary courses in urban studies. He incorporated some of the research material from his doctoral dissertation, "Corruption in British Parliamentary Elections 1750–1864," in his teaching in American history. While on a sabbatical leave in the United Kingdom he presented a paper at the Institute of Historical Research in London.

Professor Shriver was particularly gifted in the area of curriculum development, where he pioneered multimedia approaches to instruction, as well as an international studies program. One of his most creative curriculum projects was a series of video interviews with local Japanese Americans who had been interred during the Second World War. Another innovation in teaching was the use of a collection of original WWII posters. He used these primary documents as a core resource in the development of a course on the use of propaganda in support of the war effort. He presented the results of this course at a national convention of the Popular Culture Association.

His contributions to teaching and scholarship were recognized when he was named the lead author of the college's first history: Cuyahoga Community College: The First 25 Years. Professor Bettie Baker, a founding faculty member of Cuyahoga Community College, recalled that "he was a very good teacher, very thorough, very objective." Although Professor Shriver retired in 2001, he continued to teach at the college part time and was an adjunct professor of urban studies at Cleveland State University. Professor Shriver's professional memberships included the American Historical Association, the Organization of American Historians, the Conference of British Studies, the Urban History Association, and the Society for American City and Regional Planning History. He also served on the Cleveland Heights Citizen's Advisory Committee and on a committee to preserve and strengthen neighborhoods and commercial districts from 2004 through 2012.

What many admired about Shriver was his talent of skillful listening and his ability to focus on the core issue under discussion. Such qualities are missed by all who knew David Shriver and were proud to call him a friend and colleague.