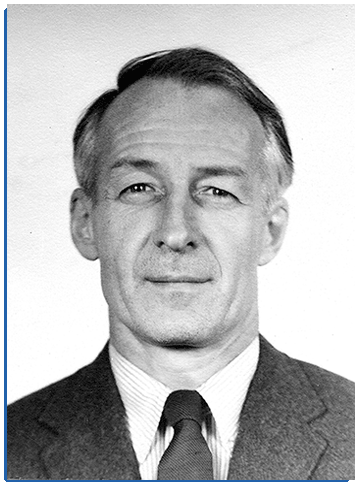 Alexander Saxton joined the Department of History at UCLA in 1968 and taught to legions of admiring students before taking retirement in 1990. His family, colleagues, and former students lament his death in Lone Pine, California, on August 20, 2012.

Born in Great Barrington, Massachusetts, on July 16, 1919, Alex was educated at Friends Seminary in New York City and then at Phillips Exeter in New Hampshire, where he edited the Exeter Review—a foreshadowing of his remarkable literary career. Entering Harvard at age 17 in 1936, he left in his junior year, eager to find a grittier and less stifling atmosphere. Concerned about such a un-Harvard like decision, his advisor offered to refer him to a psychiatrist.

"Radicalized by the Great Depression," as he later put it, he transferred to the University of Chicago where he met Gertrude (Trudy) Wright (1917–2001), a fellow "youth activist," as Alex later wrote. They married in February 1941, the year after Alex graduated from the University of Chicago. From his experience in a city that enthralled him, Alex wrote Grand Crossing (1943), drawing partly on work he found in South Chicago steel mills and as railroad freight brakeman and fireman on the New York Central Railroad. Much in this novel was derived from his membership in the American Communist Party, which he joined in about 1941. "No, I was not brainwashed, scarcely even recruited," Alex wrote 56 years later. "I went looking for the Communist party," convinced that industrial unionism in America was essential to achieving a more just society.

Joining the merchant marine service in 1943, shortly after the birth of Catherine Saxton, Alex was trained as a radioman and served as an officer on Liberty ships carrying ammunition across the Atlantic and Pacific Oceans. While at sea and in port at places as distant as Marseilles, Buenos Aires, the Philippines, and the Orkney Islands, he wrote most of his second novel, The Great Midland. Published in 1948, it was a story about railroading and industrial unionism in the 1930s. Years later, Saxton thought that the book was still "one of the most accurate portrayals of rank-and-file [Communist] party membership" in the prewar years. Heralded as a powerful work of social realism, it was translated and published in Polish, Hungarian, Czech, Slovak, German, French, Chinese, Vietnamese, and Russian, soon becoming better known abroad than in the United States.

When Alex came home from the war, he joined his wife in San Francisco, where she had moved in 1945 and given birth to Christine, their second daughter. After perching themselves in Sausalito, California, Alex enlisted as a publicist and radio show script writer for the Committee for Maritime Unity, led by Harry Bridges, to consolidate the longshoremen and seagoing workers unions. At the same time he directed a writers' workshop for the San Francisco Labor School and chaired the Communist Party's Northern California Committee on Culture. In 1948 he served as Marin County campaign director for Henry Wallace's presidential campaign. In the 1950s he took up work as a construction carpenter, while writing Bright Web in the Darkness (1958), a novel about black Oakland shipyard workers, including women, who were struggling with racist employers and craft unions.

Concluding that he could never make a living as a proletarian novelist in Cold War America, Alex entered the doctoral program in history at Berkeley in 1962 at age 43. At 49, he received his PhD and, in 1968, after a year at Wayne State University, he joined the Department of History at UCLA. His elegant and stimulating lectures wove together 19th-century issues of political, labor, cultural, and literary history. Students knew when they saw a living legend and flocked to his classes accordingly. In 1971 he published The Indispensable Enemy: Labor and the Anti-Chinese Movement in California. Reissued in 1995, it is regarded today as a classic in American and Asian American history.

At UCLA, Saxton became a pillar of the Asian-American Studies Center, founded in the year of his arrival. As a longtime member of the Faculty Advisory Committee, often its chair, and as acting director of the center for one year, he was an outspoken advocate of its programs. His course on Filipino American history, cut out of nearly unwoven cloth, was one of his many contributions to a more diverse curriculum. In the early 1970s, he and Trudy built a beautiful home in the Alabama Hills above Lone Pine, looking up at Mount Whitney and its neighboring peaks. Here he joined in the efforts to turn the remains of the Manzanar internment camp into a National Park Service National Historic Site.

Building from his lectures and graduate seminars, as well as a lifetime enlistment in the ranks of labor, he produced a remarkable synthesis, The Rise and Fall of the White Republic: Class Politics and Mass Culture in Nineteenth-Century America. Published in 1990, the year of his retirement from UCLA, the book bristles with memorable vignettes and razor-sharp analyses of how race-based politics came to permeate 19th-century white American culture.

Saxton's life in retirement brought only a new burst of intellectual production. Nearly a half century after its first publication, The Great Midland was chosen by the University of Illinois Press in 1997 for its series, The Radical Novel Reconsidered. This provided Alex with an opportunity to write an introduction reflecting on his earlier life as novelist, blue-collar laborer, and political activist. In the same year the University of California Press reissued Bright Web in the Darkness with an afterword from Tillie Olsen, the celebrated pioneering feminist writer. Meanwhile, he was working on a profound and unsettling disquisition on the corrosive effects of faith-based human ideology and behavior. His Religion and the Human Prospect, published at age 87 in 2006, crossed half a dozen disciplines and probed half a millennium of human history. An essay carved from one part of this book received an award in 2010 from the California Secular Humanism for the best essay of that year.

Alex continued to contribute incisive book reviews for a variety of journals as well as a self-reflective essay titled, "The Indispensable Enemy and Ideological Construction: Reminiscences of an Octogenarian Radical," in Amerasia Journal (2000). In Lone Pine, he delighted—and sometimes disarmed—readers with his wry and sagacious "Top of the Morning" essays in the Owens Valley's Inyo Register. His final essay, published three days after his death, discussed the Obama administration's efforts to reverse an era of "deregulation and predatory profit-taking" in the financial and house mortgage industries. Saxton's engagement with history and social issues never wavered until his final days. Like the avid mountaineer who trekked up the Mount Whitney trail into his nineties, he kept his mind and pen at work, always cudgeling anyone who would read his words that the promise of a truly democratic America was still unfulfilled.