Why I Am a Historian

A Response to Mary Beth Norton

Recently, I picked up the April 2018 edition of Perspectives to engage in a bit of what history nerds like me consider pleasure reading. An article titled “Why Are You a Historian?” by AHA president Mary Beth Norton caught my eye. Intended as a light, thought-provoking piece, the essay was based on a “thoroughly unscientific poll” she had largely conducted among scholars of her own fields of women’s and early American history. But her respondents’ reasons struck me as thoroughly disappointing and probably the product of color and class privilege as well as the power of choice that such privilege often confers. 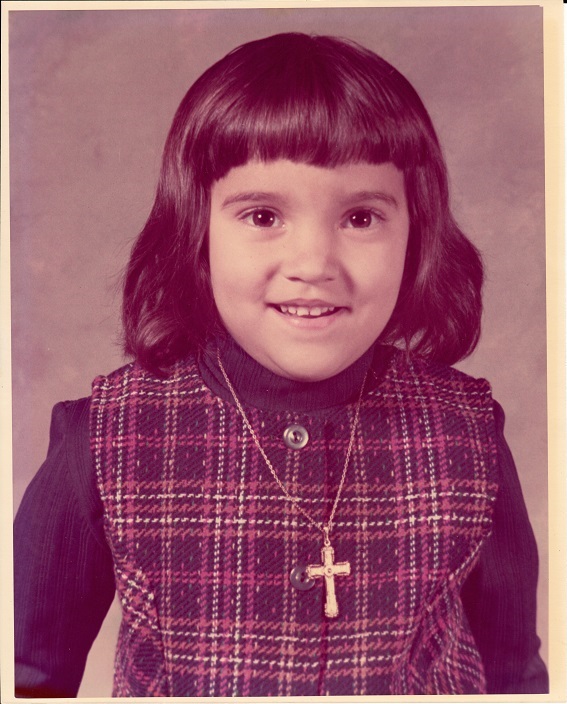 Most respondents noted that they had “loved history” since childhood or credited relatives who had shared intimate histories. Many said they had encountered a teacher who got them “hooked,” while others decided to become historians because, as Norton wrote, “they were dissatisfied with other academic fields.” In short, personal satisfaction emerged in virtually all of these accounts, not the knowledge of injustice, of political hypocrisy, of noble struggles against imperialism—like that of our own American Revolution. Social concerns, I think, propel most historians into the profession.

According to Norton, two scholars “cited parents active in leftist politics” in explaining why they became historians. For me, studying history was never a choice, in the same way that becoming a historian wasn’t simply a professional option: it was a route to social change. When I was a kid, my own “otherness” compelled me to study history. When I grew up, I decided that becoming a historian was the best way someone like me could change the world.

Nonetheless, my Cuban-exile parents were about as far from being “active in leftist politics” as you could get. This was especially true of my Republican-voting, Nixon-defending, card-carrying NRA member dad. In 1973, he moved us from New York to the tiny town of Marion, Kansas. Growing up Cuban there, I had mostly Spanish-speaking parents whose once radical revolutionary politics had soured into right-wing Reaganism long before Ronald Reagan was elected president. Over the course of my childhood, studying history was something I did to explain Big Questions, starting with who I was and why so many other people wanted to dismiss my family and me on what I increasingly recognized were racial, cultural, linguistic, ethnic, and other grounds. Knowledge of history formed the center of who I was: it filled in gaps, straightened out paradoxes, served as a salve for the cuts and scrapes I acquired from tussles with ignorance or flat-out racism.

Knowledge of history served as a salve for the cuts and scrapes I acquired from tussles with ignorance or flat-out racism.

From the time I was five, I sought lessons in history from every adult I could corner, from Mr. Good, a guitar-playing hippie who doubled as our beloved school custodian, to Father Pathe, my Irish-born, no-nonsense parish priest. I came to perceive the Cold War politics that marked me long before I could name them. In my parents’ eyes, that “with us or against us” binary made the Vietnam War protesters on TV, the free-loving John Lennon, and the efforts of Jimmy Carter to promote foreign policy based on human rights into “dangerous Communist influences.” It also made my mother tear up as she read us letters from our relatives in Cuba and my father leave the room because he could not bear the pain of listening, let alone reading them too.

History was how I grasped for straws of cultural and racial dignity when fellow second-graders denigrated my slightly flatter, decidedly non-Anglo nose, relatively hairy limbs, and propensity to tan a dark brown rather than bake into a bright, bubbly red in the Kansas summer sun. This was evidence of my “monkey ancestors in Cuba,” said other children (who have grown up into such nice people that it would now embarrass me to name names). Why did they think being blond was better? I wondered.

On such occasions, I knew that history could answer the Big Questions for which prejudice and rebuke offered no convincing substitute. Even neighbors and teachers sometimes remarked that we would never truly be as American as their families—whom they proudly proclaimed “pioneers.” I needed to study history to understand my own family’s response to these rebukes.

One case stands out. In the fall of first grade, my teacher announced that neither my sister nor I could ride on the children’s float in the Old Settlers’ Day parade because Cuban immigrants simply did not qualify as Old Settlers. These were the years of the “West fest” in popular culture. Little House on the Prairie (based on Laura Ingalls Wilder’s books of the 1930s) and the miniseries How the West Was Won dominated the airwaves. Western romance–style clothing by Gunne Sax competed with Calvin Klein for adolescent girls’ unflinching devotion, and John Wayne denounced the chain-smoking habits of Marlboro men as we counted the days before they would all die.

As I walked home the week before Old Settlers Day, I struggled to make sense of my genetic inadequacy for the children’s float. When my father came home, I burst into tears. Putting me on his lap, he said, “Chica, ¿pa’a qué tu quieres montarte en esa cosa? Al final, lo único que esa gente quiere celebrar es haber descendido de un montón de asesinos de indios. (Honey, why do you want to ride on that thing? At the end of the day, all those people want to celebrate is the fact that they descended from a bunch of Indian-killers.)” When I giggled, he whispered, “Si le digas a tu madre que te dije eso, te mato (If you tell your mother what I said, I’ll have to kill you).” Of course, all decent, God-fearing Cuban parents issue such warnings; it’s a custom as old and as Cuban as cursing. Too late! My mother had overheard and warned my father to remember he was the town doctor: my blabbing our beliefs around my friends might cost him some of his patients.

Four years later, I talked about this view of Old Settlers Day with Mrs. Case, my fifth-grade teacher, while the rest of the kids went to physical education class and I sat at my desk, nursing a cold. The wife of a World War II veteran who had been stationed in Japan, Mrs. Case organized an annual Japanese culture day in her classroom, complete with the most exotic dish you could find on the Plains: homemade sushi. Earlier that morning, Mrs. Case called on me to pronounce “in correct Spanish” the names of all the conquistadors we were studying. Still caught in the afterglow of my unusually supportive friends’ oohs and ahs, I trusted her enough to confide that my dad said celebrating Old Settlers Day was really celebrating the murder of the Indians. Is my dad right? “Darn straight he is,” replied Mrs. Case, without missing a beat. “Your dad is Cuban. There are no Indians in Cuba just like there are hardly any Indians in Kansas anymore. We killed them and the buffalo too because we wanted their land, we thought they were savages, and we had might—not right—on our side.”

Like Norton’s respondents, I became a historian because I had inspiring teachers and politically conscious parents who shared intimate stories with me. Yet marginality compelled me to listen. It also made me recognize the urgency vested in knowing how to respond, often just inside my own head, to the myriad ways in which people who have benefited from the accumulation of historical injustices done to “others” sought to assert their power and their justifications for that power over me.

When I started teaching, I quickly found confirmation that at least some other historians had become historians for the same reasons I had. At Bates College, the chair of my department, Professor Steve Hochstadt, proudly hung a sign over his door that read: “Changing the World, One Student at a Time.” When I approach a lecture, a discussion, an advising meeting, or a paper I have to grade, I never forget how I felt when I saw that sign or what I learned from it.

When I started teaching, I found that at least some other historians had become historians for the same reasons I had.

I “do history” because witnessing racism—overt, embedded, and glossed as cultural or national “pride”—forced me to. In history and in real life, I saw that the primary obstacle to historical change in the service of human transformation, redemption, elevation, and rectification was not passivity but apathy. Passivity requires withdrawing from the opportunity to act; apathy requires recognition of the need to act and the decision to refrain from doing so. We historians change the world because in our research and writing, we serve as witnesses to the forgotten, erased, denied, unknown, silenced, and sometimes seemingly insignificant people, events, perspectives, and emotions of the past.

We change ourselves in the process of bearing witness to the past, revealing it and debating it with others. We also recognize the value of change itself by asking and answering Big Questions. Why is Haiti so poor? Why is there still a monarchy in England? Why did we elect Barack Obama? Why did we elect Donald Trump? Why are women still paid less than men for doing the same job? Why do so many Americans believe that their right to guns defines what makes them “free”?

I believe most historians—including those who answered President Norton’s query—became historians for the same reason I did, even if their personal experiences or day-to-day lives lead them to see their roles in a different way: we are historians out of a consciousness of our intellectual necessity and the belief that creating and sharing historical knowledge changes contemporary attitudes as well as human destiny. These days we need to say this more often than we do; our increasing marginality from the center of public discourse compels us to do so.

Lillian Guerra is professor of Cuban and Caribbean history at the University of Florida. She thanks the UF chapter of Phi Alpha Theta for inspiring this essay.