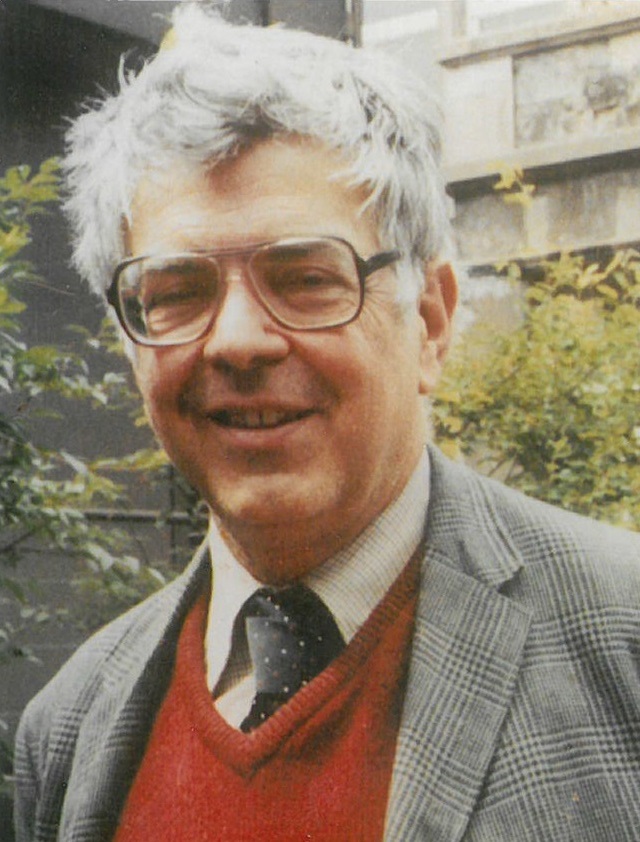 Georg G. Iggers died on November 26, 2017, in Williamsville, New York, shortly before his 91st birthday. He was known worldwide as a distinguished historian of historiography. Together with his wife and literary historian Wilma (Abeles) Iggers, he also engaged throughout his life in civil rights causes.

Born into a Jewish family in Hamburg, Germany, Iggers emigrated to the United States in 1938. He received his bachelor’s degree from the University of Richmond in 1944 and a master’s from the University of Chicago in 1945, followed by studies at the New School for Social Research in 1945–46. In 1951, Iggers completed his PhD thesis, “The Social Philosophy of the Saint-Simonians, 1824–1832,” at Chicago. From 1948 to 1950, he taught at the University of Akron, then became an assistant professor at Philander Smith College in Little Rock, Arkansas. In 1957, Iggers moved on to Dillard University in New Orleans, where he eventually became a full professor.

At Philander Smith and Dillard, both historically black institutions, Georg and Wilma Iggers joined the Civil Rights Movement. For several years, Georg chaired the education committee and the executive committee of the Little Rock chapter of the National Association for the Advancement of Colored People. From 1963 to 1965, he taught at Chicago’s Roosevelt University. He then moved to the history department at the State University of New York at Buffalo. SUNY Buffalo remained his academic home, and in 1978 he was named distinguished professor.

Iggers’s first monograph, The Cult of Authority: The Political Philosophy of the Saint-Simonians (1958), analyzed the technocratic ideas of the followers of Henri Comte de Saint-Simon in France in the 1820s and 1830s. Iggers’s subsequent scholarly work focused on the transformations of historical thinking and of history as a discipline. The German Conception of History: The National Tradition of Historical Thought from Herder to the Present (1968) provided a powerful critique of illiberal ideas that fueled, in Iggers’s understanding, the concept of historicism. This landmark study was widely read as a contribution to explaining a German-peculiar path (“Sonderweg”) into the 20th century.

Iggers’s commitment to connecting scholars beyond ideological borders was as much personal as academic. During the Cold War, he established student exchanges between SUNY Buffalo and both the West German Technical University (TU) of Darmstadt and the East German Academy of Science. He featured research on social history by several East German historians in Ein anderer historischer Blick: Beispiele ostdeutscher Sozialgeschichte (1991). Iggers stayed particularly close to Germany’s Max Planck Institute for History in Göttingen, a city that became a second home for him and Wilma.

The accolades that honored Iggers’s scholarly work and his efforts to promote intercultural dialogue included fellowships from the Guggenheim Foundation, the National Endowment for the Humanities, and the Fulbright Commission, in addition to the Alexander von Humboldt Foundation’s Research Prize (1995–96) and no less than three honorary doctorates. From 1995 to 2000, Iggers served as president of the Commission for the History of Historiography of the Comité international des sciences historiques, and co-edited the journal Storia della Storiografia. The Federal Republic of Germany awarded him the Cross of Merit First Class in 2007.

Until the end of his life, Iggers cultivated friendships with students and scholars of different backgrounds, from China to Germany to Latin America. His and Wilma’s joint autobiography, Two Lives in Uncertain Times: Facing the Challenges of the Twentieth Century as Scholars and Citizens (2006), provides a lasting testament to the multiple identities Iggers lived as a German Jew, scholar, civil rights activist, and intercultural mediator. He is survived by Wilma, their three sons, and several grandchildren.