Allison Miller became the new editor of Perspectives on History in June. She is responsible for assigning and editing articles published in the print edition of the magazine. After attending Sarah Lawrence College in Bronxville, New York, for her undergraduate studies, Allison enjoyed a successful eight-year career in publishing, holding staff positions at Lingua Franca, Paper, and Cosmo Girl. She entered graduate school in history in 2005, earning her PhD from Rutgers University–New Brunswick. After graduating, she held a Mellon postdoctoral teaching fellowship in US women’s and gender history at the University of Southern California. Her article “Am I Normal? American Vernacular Psychology and the Tomboy Body, 1900–1940,” was published in the scholarly journal Representations(spring 2013).

Allison currently lives in Washington, DC, and is fascinated by the history, beauty, and cultural energy of the District. A self-described “serial collector,” she has recently focused on expanding her collection of vintage wall maps, depicting, for example, colonial Africa circa 1914, the Holy Roman Empire, and Soviet Central Asia. Allison also enjoys the fine arts, recently taking in Darren Waterston’s installation Filthy Lucre, a “remix” of James McNeill Whistler’s 1876 Peacock Room, both of which are currently on display at the Smithsonian.

Sadie Bergen is the AHA’s new editorial assistant. She graduated with honors from the University of Chicago in June 2015 with a BA in history. During her final year at the U of C, she composed a senior thesis analyzing the involvement of women’s clubs in the early birth-control movement. As an undergraduate, Sadie also worked as a student assistant for the University of Chicago Press, a book review editor for the humanities journal Critical Inquiry, and an interviewer for the university’s admissions office.

Outside of the office, she enjoys reading, traveling, baking, and preparing vegetarian meals from new recipes that she comes across. 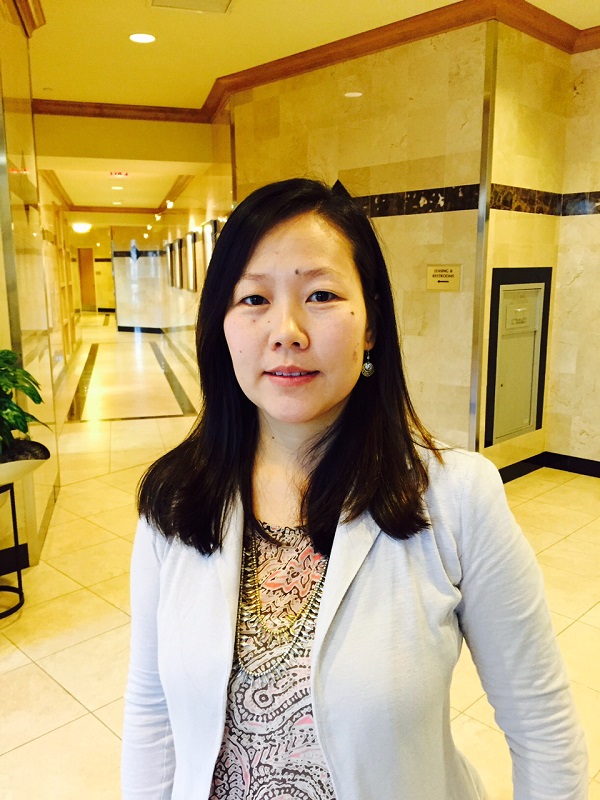 In May, Betsy Orgodol joined the AHA as staff accountant, handling the day-to-day financial operations of the association. Betsy received her BS in international economics from the Institute of International Economics in 2004 and her MS in public administration from Strayer University in 2008. Before joining the AHA’s staff, Betsy worked as a bookkeeper for a Washington-based architecture firm, as well as a project manager for the International Committee of the Red Cross, for which she traveled to countries like Ukraine, Thailand, Singapore, and Russia.

In her free time, Betsy is an avid and devoted marathon runner; she has completed two separate 10K Marine Corps races. She currently lives in Arlington, Virginia, with her husband and young son.

Kevin Hess was an intern with the American Historical Association for the summer of 2015. He is a junior at the University of Wisconsin–Madison, pursuing a bachelor’s in history as well as a certificate in German.