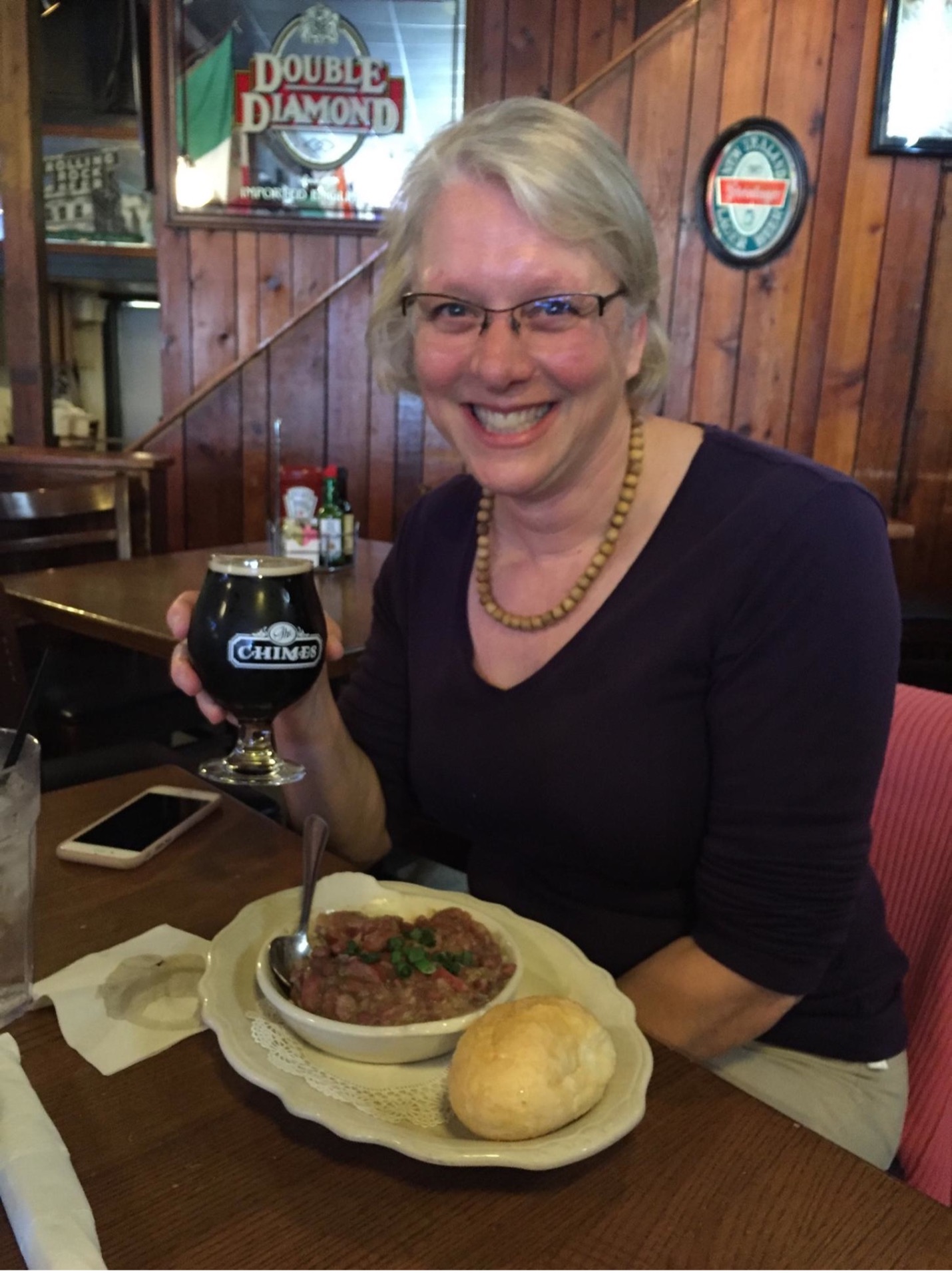 On April 24, 2021, we lost Katherine B. Aaslestad, pioneer in the social and political history of the Napoleonic era, to ovarian cancer. She was a professor of history at West Virginia University and an essential member of the Central European History Society, the German Studies Association, and the Consortium on the Revolutionary Era.

Katherine was born in Pennsylvania, but she considered Louisiana her childhood home. That was where that she learned to appreciate the personal and global consequences of warfare from her paternal grandfather, a Norwegian sea captain who served in the US merchant marine during the Second World War. His life and travels intrigued her and propelled her toward a history major at Mary Washington College (now the University of Mary Washington), where she also began to study modern dance. Only three years later, she was accepted at the Martha Graham School of Contemporary Dance in New York City; she earned a teaching certificate there and then returned to Mary Washington to complete her BA in 1985. While a graduate student at the University of Illinois at Urbana-Champaign, she continued to work as a professional dancer, partly to subsidize her studies.

At Illinois, Katherine studied with both modernists and early modernists. Although she must have been one of the few women interested in the history of warfare, her teachers recognized her promise and today still remember her and her young family fondly. One of the last pieces Katherine wrote was a Perspectives In Memoriam for Paul Schroeder; although grievously ill, she was determined to pay tribute to her beloved mentor.

Completed in 1997 and based on research in Germany, Denmark, and France, Katherine’s dissertation focused on the lived experience of the Napoleonic wars in the crucial port city of Hamburg. Two additional summers of research and much more reading transformed her dissertation into her book, Place and Politics: Local Identity, Civic Culture, and German Nationalism in North Germany during the Revolutionary Era (Brill, 2005), a richly textured study of this “free” imperial city and its male and female inhabitants’ response to the wars. Together with Karen Hagemann, Katherine helped to pioneer the integration of gender studies into Napoleonic history. Throughout her career, as the co-editor of several journal issues and books, as a board member of the Consortium on the Revolutionary Era, and as co-director of the German Studies Association’s War and Violence Network, she promoted new approaches to military history. Able to read Danish and Norwegian, she was also instrumental in connecting Scandinavian, European, and American historians of the period.

At the time of her cancer diagnosis in the spring of 2019, Katherine was engaged in what would have been a career-crowning achievement, a book project titled After the Wars: German Central Europe after Napoleonic Conquest, 1815–1840. Pathbreaking in conception, this book would have treated the long-term memory and consequences of the wars for individual families and localities, as well as for the German Confederation as a whole. After years of collecting materials, including caricatures and popular memorabilia, Katherine was readying herself to write. It is one of the many tragedies surrounding her death that her National Endowment for the Humanities fellowship for 2020–21 came too late for her to complete what would have been a field-changing book about an era so often passed over in the rush to get to the revolutions of 1848.

In 2017, West Virginia University named Katherine a Benedum Distinguished Scholar, but her legacy there was chiefly in the many students to whom she devoted herself wholeheartedly. Those who knew her remember that every conversation with Katherine turned quickly to teaching and mentoring; she advocated ceaselessly for her students, many of whom came from rural and poor backgrounds. We will also remember her for her passionate environmentalism; her dedication to her husband, John Lambertson, and children, Morgan, Alaine, and Rafe; and her joyous, room-brightening smile.