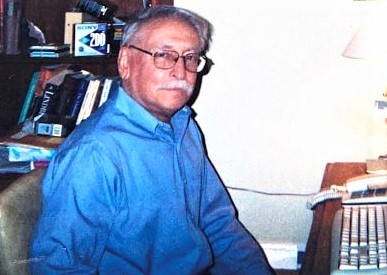 Irwin Unger passed away on May 21, 2021, at age 94. Unger spent 40 years as a history professor at New York University. He authored or co-authored eight monographs and six textbooks on American history, and his scholarly interests ranged from the Civil War and Reconstruction to the 1960s and modern times.

Unger’s first book, The Greenback Era: A Social and Political History of American Finance, 1865–1879 (Princeton Univ. Press, 1964), won the 1965 Pulitzer Prize for History. As the book’s title reveals, Unger viewed economic history expansively. Rejecting economic determinism and dualistic interpretations of post–Civil War America, he demonstrated that “there were not two massive contending interests; there were many small ones.” Moreover, there was substantial continuity before and after the war in power structures, social prestige, regional concerns, economic ideas, and moral and intellectual leadership. Because America was always “a complex, pluralistic society,” he concluded, the Civil War was not “the momentous turning point we have all supposed.” It was a pathbreaking interpretation.

Starting in the 1970s, Unger turned his focus to the 20th century. He wrote The Movement: A History of the American New Left, 1959–1972 (Dodd, Mead, 1974); The Vulnerable Years: The United States, 1896–1917 (New York Univ. Press, 1977); and The Best of Intentions: The Triumphs and Failures of the Great Society under Kennedy, Johnson, and Nixon (Doubleday, 1996). With his wife, Debi Unger, he co-authored Turning Point, 1968 (Scribner, 1988) and co-edited The Times Were a Changin’: The Sixties Reader (Three Rivers Press, 1998). These books captured the Ungers’ interest in critical periods of American history, especially the 1960s, which so significantly shaped their nation and themselves.

The Ungers also wrote biographies that artfully blended private and public lives with economic, political, and social contexts. These included The Guggenheims: A Family History (Harper, 2005); LBJ: A Life (Wiley, 1999); and, with Stanley Hirshson, George Marshall: A Biography (Harper, 2014). Each biography plumbed the personal dramas behind perpetually provocative issues, such as social mobility, social change, leadership, and war. These books were meticulously researched but accessible, judicious but interpretive.

Unger’s commitment to teaching resulted in several widely used textbooks. They were Essays on the Civil War and Reconstruction (with Paul Goodman; Holt, Rinehart, and Winston, 1970); four editions of These United States: The Questions of Our Past (Pearson, 1978); Instant American History: Through the Civil War and Reconstruction (Fawcett Columbine, 1994); five editions of American Issues: A Primary Source Reader in United States History (with Robert Tomes; Pearson, 2001); and Recent America: The United States since 1945 (Pearson, 2001). Balancing political, economic, and social history and including both traditional and nontraditional voices, these texts reflected Unger’s pedagogical emphasis on interrogating the past from different perspectives. Such an approach, he believed, promoted the critical thinking so essential for democracy’s citizens.

Unger received a bachelor’s degree from the City College of New York and a master’s degree from the University of Washington in Seattle. Determined to better understand the nation, he repeatedly crossed the country by bus. Unger earned a PhD from Columbia University, where he was mentored by David Herbert Donald. He joined New York University in 1966 after teaching at California State University, Long Beach, and the University of California, Davis. At NYU, Unger was a patient, caring mentor for many graduate students, whose books he prized. He set the highest standards for scholarship but offered the most practical suggestions for research and writing. As in the classroom, he emphasized careful critical analysis; logical presentation; and clear, concise expression.