There’s nothing quite like the exhilaration of walking into a classroom full of chatty, eager students at the beginning of a semester. There’s also nothing quite like that deflating feeling when, a couple of weeks into the semester, you sit down to grade their first assignments, only to realize that many of those same students could not demonstrate basic skills and concepts of historical research and writing. Where did you go wrong? How can you face these same students after they receive their grades back? 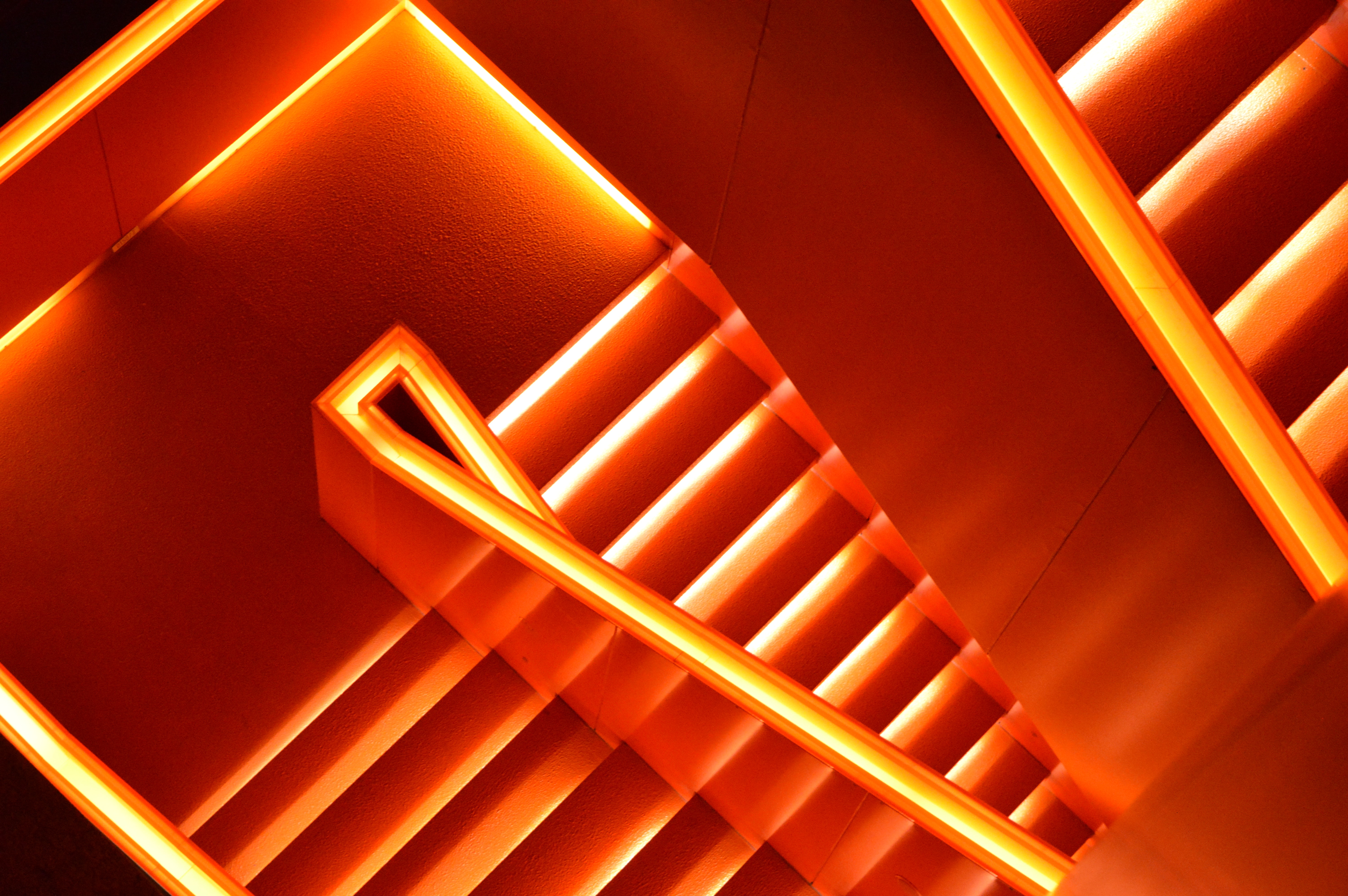 But what if failure were an expected part of the learning process, with students getting additional chances at an assignment until they got it right? Repetition is common sense in many professional fields and in video games, both of which form a large part of many students’ lives outside school. What might this chance to repeat a skill until it’s been mastered look like in the history classroom?

Mastering a skill is at the heart of the specifications grading system. We first came across it in Linda B. Nilson’s authoritative Specifications Grading (Stylus, 2015). Her sales pitch was hard to resist. The subtitle made three appealing promises: Restoring Rigor, Motivating Students, and Saving Faculty Time. We tried a pedagogical experiment in our Introduction to Global History course at Simon Fraser University (SFU) last autumn, in which students earned their grades by “unlocking” different levels of various assignments. We introduced a specifications grading system, evaluating individual assignments on a pass-fail basis, and created multiple pathways for students to move through the assignments and earn a final grade. Our goal was to ensure that every student mastered basic skills and that the more advanced students had opportunities to develop more creative projects.

One of the instructors, Luke Clossey, had studied paramedicine and was struck by the differences between those classes and history classes. A paramedicine student who forgets to check distal circulation for a limb injury is not allowed to continue until the maneuver is repeatedly performed to satisfaction. A history student who fails to include a thesis statement might continue to fail to include a thesis, assignment after assignment, until enough Cs are collected to graduate.

In the months before the pandemic forced SFU to move its instruction online, the course’s other instructor, Esther Souman, had been researching digital and other alternate methods for teaching and learning in the history classroom. She focused particularly on student learning through designing historical role-playing games and other storytelling and visual projects, incorporating content and tools that are relevant and in demand outside academia.

Together, we were looking for a course setup that made space for student interests. We wanted to find a system where learning meant doing rather than memorizing, involving the paramedicine school’s insistence on skill mastery and the game master’s creative and purposeful delivery of content.

Following Nilson’s specifications grading model, we graded each assignment as pass-fail, with a high bar but straightforward, explicit requirements. Course grades were determined by the number and difficulty of assignments successfully completed. The literature suggests specifications grading lowers stress and promotes learning, with students focusing on reaching specific assignment goals and keeping track of their own progress.

We added a progressive twist that allowed the more enthusiastic students to quickly demonstrate competence and move on to advanced projects. We divided assignments into four sequential levels, each involving a more sophisticated skill than that of the previous level. During the semester, there were four points when a student submitted written work. First, everyone attempted a level 1 (L1) assignment. For the second assignment, students who had passed the L1 assignment could submit an L2, while the rest wrote a new L1 assignment. This pattern continued through the semester: at each point, students were allowed to attempt a more advanced assignment only if they had completed an assignment at the preceding level.

L1 started simple: “Summarize the podcast(s) and sources from a single week of your choice.” Having read so many theses in previous classes that were only summaries, we were confident that most students could easily master the skill. This was a test of basic writing conventions (e.g., no sentence fragments) and following directions (e.g., no external sources or analysis). L2 added a thesis statement: “Analyze any source, and make an explicit argument that demonstrates insight.” Our hope was that every student would complete this level by the end of the course. Students who wrote a successful L2 assignment demonstrated their command of the fundamentals, which unlocked the more creative levels. L3 broadly asked students to “create something,” such as hyperlinked maps, timelines of family histories, and even a historical role-playing session. L4 called for synthesis, with projects ranging from personal synopses of world history to public-policy proposals. Because students working on these projects had already proved their basic abilities, we gave them free rein and encouraged them to follow their own curiosity and priorities.

At the end of the course, successful completion of a single assignment yielded a D, two assignments a C, three a B, and four an A. We used participation to fine-tune the course grades. Pluses adorned the grades of the more active participants, and minuses qualified the grades of their less active classmates. We planned for participation to be broadly defined: annotate the readings in advance, attend a tutorial, speak up (by making either a spoken or a written contribution to the class discussion), and collect all the points for the week. If a student completed two assignments and accumulated 80 percent of the possible participation points, the student’s C would become a C+.

To further take advantage of this system, instead of assigning each student to a tutorial, we created four weekly workshops on different topics that students could freely choose among. Often, these weekly workshops were dedicated to a specific level of assignments. This approach had the advantage of grouping students who had completed previous assignments in one workshop and those who needed more guidance in another, allowing us to tailor instruction more precisely than in traditional tutorials populated by students’ schedule preferences.

When we first introduced this system, student reactions ranged from mystified to suspicious to intrigued. Once the first assignments were returned and they had a better sense of how it would work, their anxiety dissipated. Because every assignment level allowed for student choice and every assignment was marked pass-fail, interest replaced fear as a motivator. One student noted that the assignments “increased learning hugely. [They] made me do more of my own research than ever before and dig deeper into the content, out of curiosity rather than in search of a better grade.” Another “felt that I learned more and it reflected the work that I put in as a student instead of a final where the mark could be affected depending on how I was feeling for 2–3 hours.” Tutorials transformed from required tedium to useful workshops. One student regretted being limited to only one tutorial a week, and another “never once felt that I didn’t want to be there.” At the end of the course, only 6 percent of the students said they preferred the traditional system.

As instructors, we could organize our time better and offer more targeted support to students. The usual hours of grading reduced dramatically to a simple binary decision for each paper: Did it pass? We dedicated newly available time to working individually with students keen to meet particular requirements. The most palpable success came on the extremes of the spectrum: the strongest students, liberated from grade anxiety, did some amazing work, while many of the students who had needed guidance at the beginning of the semester, through work precisely targeted at the lacking specifications, were able to demonstrably gain new skills—which was encouraging to students and instructors alike.

In September, we had no idea how student grades would fare under the new system. Would everyone get As? Would no one? The most common pathway, taken by one-third of the students, was to pass two assignments, fail one, and then successfully complete a new version of that failed assignment, earning a B—that is, success marked by a setback that was revisited and overcome. The rest of the students were evenly distributed among the possible grades. Some never managed to successfully complete the L1 summary. Some never missed a beat, completed each assignment on the first try, and earned their As. In total, two-thirds of the students mastered thesis statements by the end of the semester, our central goal for the course.

Overall, both instructors and most students were enthusiastic about the specifications grading system. Students could concentrate on skill mastery and add creative projects when they were ready. At the same time, instructors had the flexibility and, more importantly, the time to tailor tutorials and office hours toward students’ specific needs. With minor modifications and tweaks related to assignment submission options and strictness of assignment requirements, we plan to use this system again. Specifications grading allowed the students to focus on learning and the instructors to focus on teaching.