Even the hottest romance starts out with something small: a gesture, a look . . . in aerobics, it’s called the warm-up.” These are the opening lines of the workout in Muscle Motion, a 1983 home exercise video, available on both VHS and the higher-definition laser disc, featuring the “Men of Chippendales.” Historical analyses of the 1980s video fitness boom often emphasize Jane Fonda’s best-selling Workout, but the strange, sexed-up Muscle Motion, which sold 80,000 VHS tapes alone, confirms the depths of that demand and reveals a deeper story that anecdotes about America’s wholesome desire to “feel the burn” can obscure. 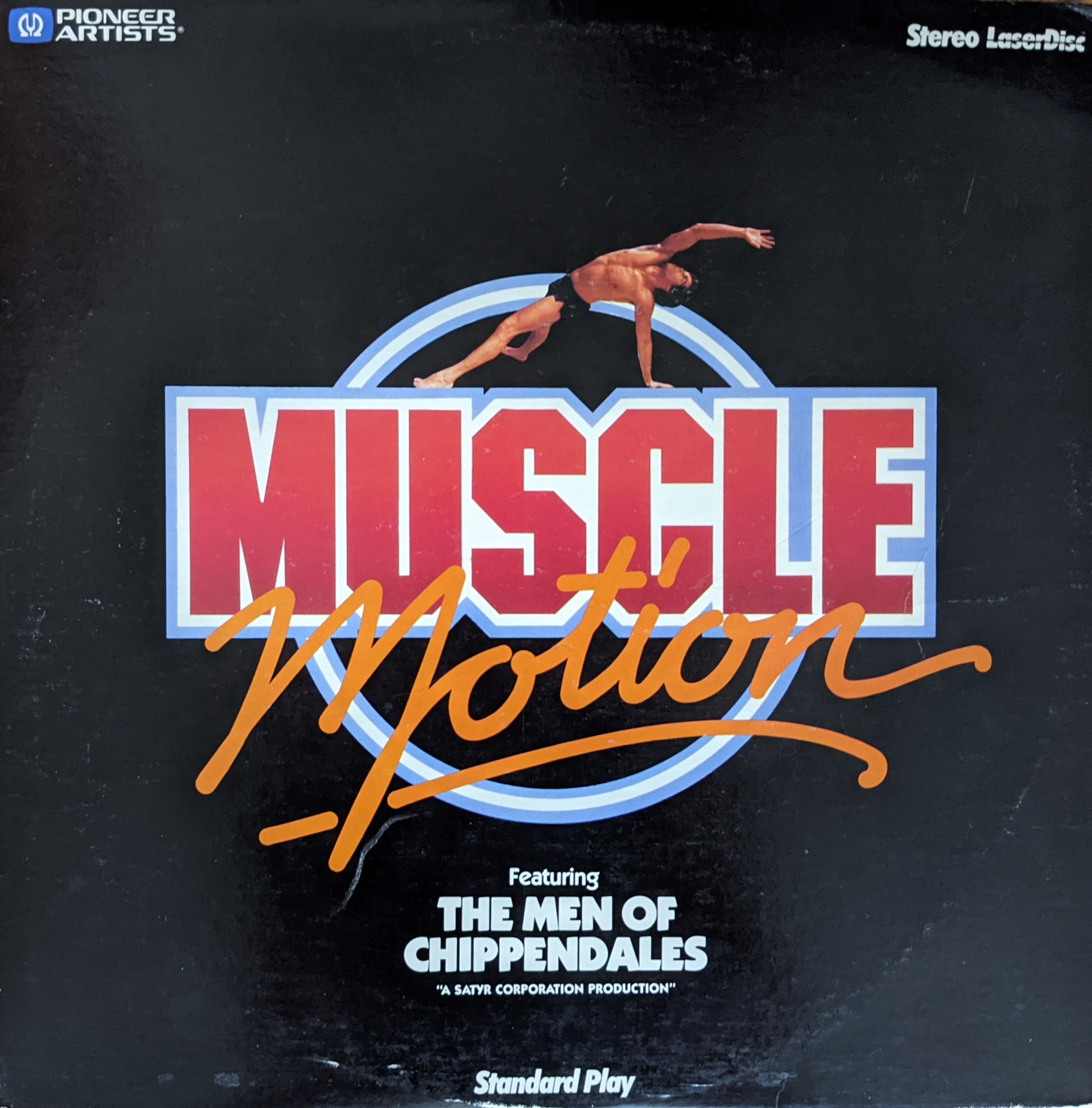 If it seems strange that a male strip club act would release a workout video, it makes perfect sense given that Chippendales men were a mainstay of 1980s material culture. You could buy Chippendales calendars, greeting cards, and logo-embroidered jeans. When “the fitness craze” and ownership of VCRs and laser disc players became two defining aspects of this era’s consumerism, it was clear that Chippendales could profit handsomely. After all, the mediagenic men were known for their muscled bodies, and many were recruited at gyms. Plus, the sweaty intimacy of exercise could easily slide into eroticism: Olivia Newton-John’s hit song “Physical” frames fitness as foreplay, and a 1983 Rolling Stone cover story declared health clubs the “new singles bars.”

Chippendales insiders doubted women purchased the video “for the exercise,” but the virtuous pretense of health gave them license to something more titillating. Doubling down on their appeal as gorgeous but accessible guys, the dancers went on tour, demonstrating the workouts in malls and aerobics studios, posing shirtless for pictures with women after class. The overlap of sex and on-screen sweat had precedent, but usually men watching women: when home fitness pioneer Debbie Drake taught exercise on television in the 1960s, men were known to tune in for her tight leotards and bullet bras rather than the instruction. By the 1980s, incarcerated men prohibited from receiving pornography could order exercise videos instead.

Natalia Mehlman Petrzela is associate professor of history at the New School, host and co-producer of the podcast Welcome to Your Fantasy, and host of the podcast Past Present. She tweets @nataliapetrzela.