The Foreign Relations Series at 160

The Office of the Historian (OH) at the US Department of State is charged with producing the Foreign Relations of the United States (FRUS) series, the official documentary history of US foreign policy and diplomatic activity. One of the largest federal history offices, OH employs professionally trained historians to work on the series. Producing FRUS is a multistage process, involving researching, selecting, and annotating documents; reviewing volume manuscripts to ensure their substantive and stylistic integrity; coordinating each volume’s complex, years long interagency declassification review process; and editing and publishing volumes in both print and digital formats. An external Advisory Committee on Historical Diplomatic Documentation (HAC), composed of nine scholars who either serve at large or represent various professional organizations (including the AHA), provides OH counsel and recommendations on the series. 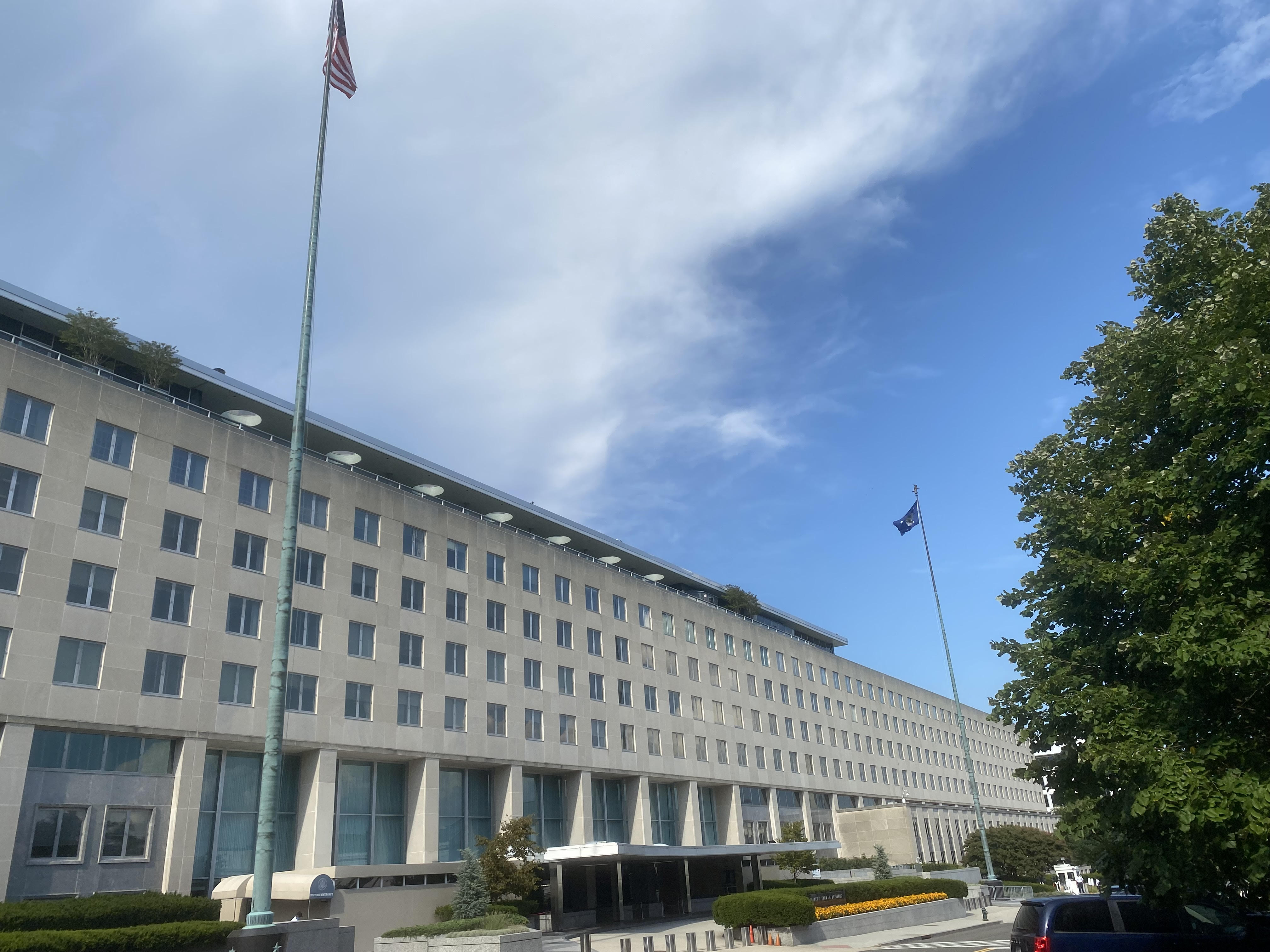 The Harry S. Truman Building, home of the US Department of State, in Washington, DC. The Office of the Historian is adjacent on Navy Hill. Adam M. Howard

FRUS originated in 1861, when Congress requested that the Lincoln administration provide documentation revealing its foreign policy conduct during the Civil War, which had broken out just months before. Legislative branch requests for foreign affairs documents were not new, but the collection of more than 300 documents chronicling US foreign policy during 1861 that the Lincoln administration sent to Congress in December 1861 offered a global perspective on US involvement abroad. The Civil War FRUS volumes became an exercise in public diplomacy, providing the Lincoln administration the opportunity to highlight the Union’s success in persuading foreign countries not to recognize—and thereby legitimate—the Confederacy.

For its first several decades, FRUS was basically a contemporary accounting of US foreign policy compiled by unnamed clerks in the Department of State. That changed over the course of the early 20th century. In 1921, the department regularized FRUS production by creating the Division of Publications—which evolved into OH—and hiring trained historians to research and compile the series. Four years later, Secretary of State Frank Kellogg endorsed a series of editorial principles for FRUS that guided its production until they were codified by Congress in 1991.

The 1991 Foreign Relations Authorization Act for FY 1992 and 1993 (22 U.S.C. 4351 et seq.) proved a turning point in the history of FRUS and OH. In the 1980s, the series failed to meet expectations as a tool for transparency when OH published volumes covering US relations with Iran and Guatemala during the early 1950s that did not accurately represent covert activities in both countries. In compiling these volumes, OH historians were not consistently granted access to records concerning historically significant covert actions. Even when historians could access them, the Department of State and other agencies refused to clear such documentation for publication. The 1991 statute granted OH historians “full and complete access” to foreign policy records, including information on covert activities, and empowered the HAC to access the information it needed to validate the integrity of the series. With interagency cooperation, FRUS has become the US government’s only regular, institutionalized mechanism for the public acknowledgment of covert actions; since 1998, FRUS has documented 64 major covert actions.

In 2021, the Office of the Historian is commemorating three anniversaries.

The law also established new standards for the series as a whole, including that it provide a “thorough, accurate, and reliable record” of US foreign relations 30 years after the documented events. This created a perennial challenge for OH, finding the balance between thoroughness and timeliness. A new organizational approach helped. OH historians created three rubrics for FRUS coverage: core, context, and crisis volumes. Each presidential administration would have core volumes that covered fundamental issues like foreign economic policy and national security policy. Context volumes would cover US bilateral and multilateral relationships. Finally, crisis volumes would handle subjects unique to each administration.

One of the biggest challenges OH has faced in its recent history is documenting the US role in the shifting dynamics of the post-1945 world. The United States’ rise to superpower status, growing foreign affairs bureaucracy, and expanding foreign relations led OH historians to conduct research in an ever-broader array of official and personal records. Whereas Department of State records were for decades the primary source of the material included in FRUS, records from agencies such as the Department of Defense, the Department of the Treasury, the National Security Council, and the Central Intelligence Agency became important for volumes covering the late 1940s onward. Additionally, broader social, cultural, and political changes that took place domestically and globally influenced presidential administrations in foreign policy formulation and conduct.

OH has worked diligently to harness technological advances to make the series more readily accessible to the public. Beginning in the 1980s, OH produced microfiche supplements composed of additional documentation for select FRUS volumes covering the Eisenhower and Kennedy administrations. With the development of the internet during the 1990s, OH began to post HTML versions of the Kennedy, Johnson, and Nixon volumes online. For the Nixon and Ford subseries, it produced electronic-only volumes consisting of text, limited annotation, and digital scans of selected archival documents. Some e-volumes contained additional documentation that could not be included in their companion print volumes because of space limitations, allowing e-volumes to expand the amount of documentation made available to the public. However, they also presented unique declassification, editing, and publication challenges and lacked much of the rich contextual annotation of print volumes, leading to their abandonment in the Carter subseries.

Although FRUS remains available on the shelves of federal depository libraries, OH also embraces technological innovation as a way of making it more accessible. Starting in 2009, in partnership with the University of Wisconsin’s Digital Collections Center, OH converted high-quality scanned images of the contents of all volumes dating back to 1861 into a Text Encoding Initiative (TEI) encoded XML format and posted it on its website. With the FRUS series’ back catalog now fully digital, OH is currently in the process of converting the microfiche supplements into full-text searchable documents on its website. Digital versions of FRUS volumes now contain date-based search capabilities and exist in a variety of digital formats, thus delivering value to readers who use the series in different ways and for different purposes.

The markedly increased volume of digital documentation during the 1980s and 1990s has also presented OH historians with new challenges. Not only are the archival materials more voluminous than ever before, but they also include critical born-digital records. For the first time, for example, OH historians have had to conduct research in email to document the policy process in the Reagan White House. Incorporating the messages into FRUS required OH to develop and refine editorial standards for this type of documentation, which will grow increasingly important for future subseries.

Perhaps the biggest challenge confronting FRUS is declassification. The mandate to produce a “thorough, accurate, and reliable” record means that OH historians research both publicly available unclassified/declassified files and classified files that are inaccessible to the public. Completed volume manuscripts always include a substantial amount of classified documentation, which OH does not itself have the authority to declassify. Instead, OH refers the documents to those agencies with “equity” in the materials for declassification review, a process that takes, on average, more than three and a half years to complete. The entire FRUS declassification process, with all its complexities, reflects decades of experience of dedicated public servants doing their best to release as much historical information as possible, without risking national security.

This combination of thorough coverage and technological innovation has made the FRUS series the gold standard of foreign relations documentary publications. The series’ international prestige led OH to become a founding member of the International Conference of Editors of Diplomatic Documents in 1988, where it has played a leadership role in assisting other countries’ historical documentary programs, both existing and emergent.

Looking back 160 years, to the publication of the first FRUS volume, and 30 years, to the statute that governs the current iteration of the series, provides a historical frame of reference for the challenges OH confronts in adapting its operations to keep pace with more modern research practices and changes in historiographical approach. It also inspires OH to think creatively about how it can build on past successes and present-day hard work to add greater historical value to future FRUS publications and to engage with a broader community of scholars, researchers, and citizens in future outreach efforts.

Adam M. Howard is the Historian of the Department of State. Kristin L. Ahlberg is the Assistant to the General Editor in the Office of the Historian. They would like to thank Joshua Botts, Mandy Chalou, Thomas Faith, Amy Garrett, William McAllister, and Melissa Jane Taylor for their assistance in preparing this article and Renée Goings and Kathleen B. Rasmussen for their comments.