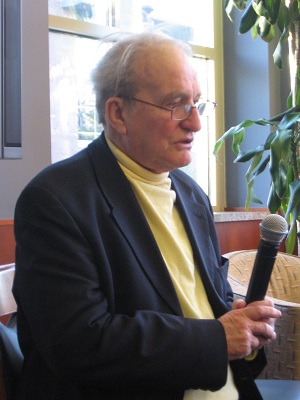 Professor Terence Ranger, known to friends and colleagues as Terry, passed away on January 3, 2015, at the age of 86. Two months earlier, my wife, Barbara, and I visited Terry at his home in Oxford, England. Although he was physically frail, his mental agility and inquiring mind were intact. He spoke passionately about innovative research in African history and the challenges we face as scholars. Terry also expressed profound disappointment about the political and human rights crises in Zimbabwe, a place he dearly loved.

Through his intellectual and political work, Terry demonstrated that cutting-edge scholarship and political commitment need not conflict. He inspired generations of scholars to write about oppressed peoples living in the shadows of history. For so many of us, he was the model of an activist scholar.

Terry became an African historian and a political activist almost by accident. Trained in Irish history at Oxford University, Terry taught at University College of Rhodesia and Nyasaland while completing his doctoral dissertation on the earl of Cork. Driven by deep moral principles, he and his wife, Shelagh, were incensed with the racial discrimination they observed both in Salisbury (now Harare) and in the Rhodesian countryside. They, and a few other progressive whites, joined the National Democratic Party and later the Zimbabwe African Peoples Union, led by Joshua Nkomo. His activism notwithstanding, Terry completed his dissertation and spent numerous hours digging through archival material; based on this research, he published several papers exploring African agency and resistance. These established him as the preeminent historian of Zimbabwe and a leading figure in the emerging field of African history.

After being expelled from Rhodesia in 1963, Terry was appointed professor of history at the newly founded University of Dar-es-Salaam. Together with Tanzanian scholars Isaria Kimambo and Arnold Temu, he helped transform the history department into a major center of learning on the continent. Today, the “Dar School” is still closely associated with the first detailed studies of African agency.

In a career that spanned half a century, Terry was a prolific researcher and writer, authoring 10 highly regarded books, editing more than a dozen others, and penning hundreds of articles and book chapters. More significantly, his work opened up several important fields of scholarly inquiry within the field of African history. His first two books, Revolt in Rhodesia(1967) and The African Voices in Southern Rhodesia (1970), together with articles in the Journal of African History (1968), powerfully critiqued previous colonial historiography by arguing persuasively that many African societies adapted creatively to threats posed by foreign incursions, built new unions across “ethnic lines,” and resisted imperialist forces until being overwhelmed by their superior weaponry. These anticolonial activities, he maintained, provided a “usable past” to nationalist movements seeking independence and national unity. Although he later came to realize that the story was far more complicated and his own analysis somewhat problematic, his work on resistance remains foundational.

After these monographs, Terry shifted his angle of vision to explore the intersection of popular culture, identity, and politics. His deeply religious leanings and his belief that indigenous cosmologies were central to the lives of African peoples led him to organize several interdisciplinary conferences and to the publication of African Religious History and the Historical Study of African Religions (1972), which he coedited with Isaria Kimambo. Terry’s next endeavor, Dance and Society in Eastern Africa (1975), explored the grievances and representations of colonial subjects expressed through Beni dance societies throughout much of eastern and central Africa. A decade later, he and Eric Hobsbawm coedited The Invention of Tradition (1983), which challenged the ahistorical notion of “tribalism” and documented how ethnicity was often constructed by African elites working with European authorities.

With Zimbabwean independence in 1980, Terry, no longer a prohibited immigrant, returned to the country and, with unrelenting energy and enthusiasm for the new ZANU-PF government, published five additional books on the history of the new nation. Peasant Consciousness and Guerrilla War (1985), completed in the heady post­independence years, highlighted the social and economic bases of the successful liberation struggle. A decade later, Are We Not All Men (1995), a collective biography of Thompson Samakange and his two sons, Sketchly and Stanlake, explored the politics and identity of the emerging African elites in colonial Rhodesia. Voices and Memory (2000), a complex revisionist history, coauthored with Jocelyn Alexander and JoAnn McGregor, challenged some of his former views on Zimbabwean nationalist movements, given the atrocities perpetrated by the Mugabe regime in Matabeleland. Despite failing health, Terry wrote Bulawayo Burning (2010), a major contribution to African urban history derived from the voices of Africans who lived there. Writing Revolt (2013) was the capstone of his illustrious career as a scholar and activist. In this deeply personal account of political life in Zimbabwe in the late 1950s and early 1960s, he returned to the themes that made him a renowned and politically significant scholar.

At a 2010 conference in his honor at the University of Illinois, Terry stressed his strong bond to both Zimbabwe and the continent: “I feel like I was born when I went to Zimbabwe [and] that all the power would go out of my body if I didn’t return to Africa every year.” Happily, his life’s work will live on and inform the thinking of both future generations of scholars and of ordinary Zimbabweans.