On July 18 of this year, Barack Obama became the first sitting president to visit a federal prison. His tour of El Reno Federal Correctional Institute, outside of Oklahoma City, which included a meeting with a group of inmates, was part of the administration’s effort to build momentum for criminal justice reform. The press described the visit using words like “unprecedented” and “historic,” but the real history will be made over the coming months and years as American society grapples with the vast carceral regime that has led to the imprisonment of millions of citizens.

Even before Obama’s visit, papers submitted for the 2016 annual meeting demonstrated that the history of imprisonment is an area of growing interest in our discipline. Panels on criminal justice this year will feature such topics as punishment, prisons, and incarceration, spanning nearly 1,000 years of history in a wide range of geographical contexts. From 13th-century Bologna to the contemporary United States—with stops in early-modern Latin America, 19th-century Indiana, and modern Italy—historians at our annual meeting will address questions about the ways in which societies punish and imprison and what that can tell us about broader social and cultural concerns. 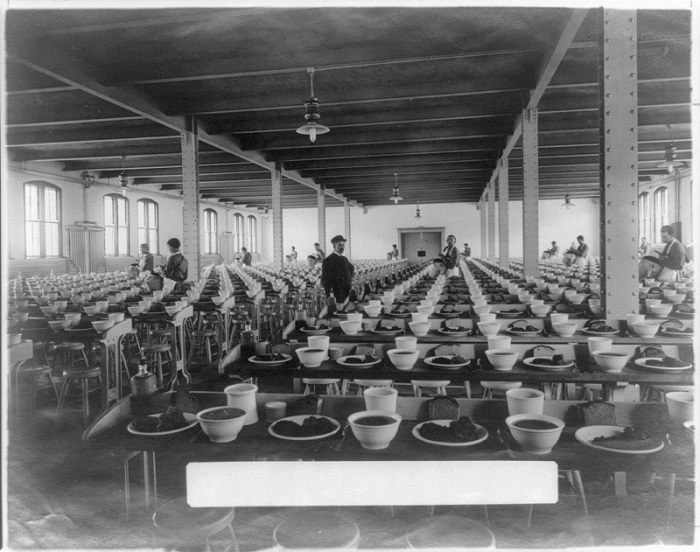 Heather Ann Thompson, coeditor of the recent special issue of the Journal of American History on the carceral state, will chair Writing the Perilously Recent Past: Prisoner Rights Movement History, Problems and Possibilities, a session taking off from her October 2013 article in Perspectives on History. As Thompson learned while interviewing former inmates of Attica Correctional Facility for her history of the prison’s 1971 uprising, gathering oral evidence of such traumatic events can lead to unexpected problems for historians. This panel will focus, in part, on the historiographical issues of confronting the social and personal trauma that can arise when writing about the late 20th-century prison rights movement.

The Origins of Women’s Prisons in the United States will provide a unique perspective on the development of separate regimes of detention for women. Papers will be presented (via prerecorded video) by students in the Indiana Women’s Prison (IWP) college program, who are studying and writing a collaborative book about the origins of the IWP. As the chair of this session, Michelle Jones, wrote in her piece on this project in the February 2015 issue of Perspectives, “Having incarcerated women write the history of their own prisons is significant because we know the right questions to ask.”

Prisoners and Human Rights in Modern Italy will allow attendees to contrast the development of women’s prisons in the United States with prison regimes for women in 19th-century Italy. In Rome, for instance, when the first prisons for women were built in the 19th century, punishment had highly gendered meanings and objectives. Both this and the Origins panel will direct our attention to the gendered nature of justice in world history.

Histories of societies separated from the 21st-century United States by hundreds of years can provide insights into the cultural and historical contingency of punishment, as well as mirrors through which we might understand the contemporary carceral state. Power and Authority: The Subaltern Sectors and the Elites in Colonial Andes will include a paper on imprisonment by the Inquisition in 16th-century Lima. The panel Brutality, Due Process, and Peace Accords: Criminal Justice in Medieval and Renaissance Italy will look at the cultural meanings of crime, the processes of justice, and the steps taken to mitigate violence in a turbulent society.

Other papers will cross thematic borders. The relationship between incarceration and immigration is the focus of “Immobilizing Migrants: McNeil Island Prison and Transnational Policing,” and, moving into contemporary history, “‘You Can’t Put Them All in Jail’: Mayor Bradley, the Los Angeles Police Department, and the War on Drugs during the 1980s” examines the cultural conditions that gave rise to the modern carceral state.

As the White House and the American public rethink the place of incarceration in our society, it is incumbent upon historians to provide the context—long- or short-term—required to understand the role of prisons in contemporary society.

The National History Center is pleased to announce a Congressional Briefing on the history of incarceration this month in Washington, DC.

Annual meeting attendees can locate these sessions in the online program at historians.org/annual-meeting/2016-program and in the Thematic Tracks section of the meeting app.