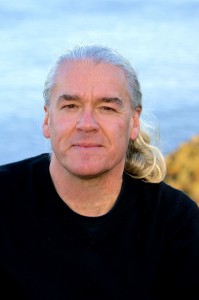 High school in Canada. We had some great history teachers and several who were keen to teach American history. Though it was not until my honours year in university that I decided to get “serious” about history, thanks again to some great teachers at the University of Ottawa.

Masters of Empire: Great Lakes Indians and the Making of America, a book about the Anishinaabe Odawa at Michilimackinac and their profound impact on European imperialism, due out in December 2015, with Hill and Wang.

War Stories: Re-Reading the American Revolution through the Memoirs of Ordinary Participants, a book-length project in progress.

The Revolution in Black American Life, a collaborative book project with Clare Corbould and W. Fitzhugh Brundage charting the conflicted relationship of African Americans with the American Revolution from Independence to today.

Facing Empire: Indigenous Experiences of Empire in a Revolutionary Age, a collaborative edited collection with Kate Fullagar from Macquarie University here in Sydney exploring the similarities and differences in experiences and the connections between indigenous peoples in North America, the Cape, and the Indian and Pacific Oceans between about 1750 and 1840.

I never thought I would end up teaching Native American history, let alone writing about it, but my second book compelled me toward it and brought me full circle back to early Canadian history, which I thought I had left behind in Canada. That and my location here in Australia have also pushed me towards more comparative work in indigenous history. My research has also led me to think more about class and inequality in the early Atlantic world, as well as questions about voice and the politics of history. I have become more and more politicized through my research as the historic and entrenched depth of inequality has become more apparent.

There is no single work I’d recommend above others, but living and working as an American historian here in Australia has made me appreciate the benefits of stretching our reading above our often too narrow historiographic horizons. Pick up a book on Australian or New Zealand history if you haven’t already done so and be prepared for a steep and enjoyable learning curve.

The freedom to think, teach, and research widely about the past and present, and the privilege to learn from and be inspired by so many smart and stimulating colleagues and students.

I think the AHA plays a valuable role in supporting the professional community and fostering the development of younger scholars in particular. As a non-American based PhD student, the newsletter Perspectives was an invaluable resource in my professionalization.

Hiking, or bush-walking as they call it here in Australia; canoeing; camping; and anything that gets me outdoors and playing with the kids. I’m also passionate about issues of equity, and have been very involved in our department’s social inclusion program working with students and teachers in disadvantaged schools and communities in the greater Sydney area. They are an inspiring group.