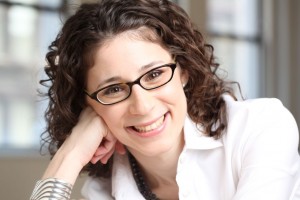 Emily J. Levine is an assistant professor at the University of North Carolina at Greensboro. She lives in Durham, North Carolina, and has been a member since 2003. She is also the recipient of the AHA Herbert Baxter Adams Prize in European history from 1815 through the 20th century.

Fields of interest: 19th- and 20th-century modern Europe, German history, European and American intellectual history, German-Jewish history, Weimar culture, the sociology of knowledge, and the history of the university and knowledge exchange

I was fortunate to attend a high school with an extraordinary history department. My teachers were passionate about the field and its potential for political engagement and moral development. I hung on their every word. In 10th grade my teacher found me one afternoon between classes sitting in the student lounge (we called it the “swamp”) poring over our standard American history textbook. He asked me why I found it so engrossing and I remember telling him that I wanted to know how the story ended. “We’re all eagerly waiting to find out,” he said, smiling knowingly. I have been hooked since!

One good piece of professional advice I was given by a mentor is to always keep multiple projects going at once—something you’ve just finished, something you are currently working on, and something you have on the horizon.

I have just finished a response for a review forum about my first book, Dreamland of Humanists: Warburg, Cassirer, Panofsky, and the Hamburg School, which placed those well-known German Jewish scholars into the context of Germany’s “second city” during the Weimar Republic. But for the last two years I have mostly been working on a second book project that narrates the history of the modern research university from a transatlantic perspective. Though I am focusing primarily on America and Germany I am motivated by uncovering the 19th-century roots of our current preoccupation with the “globalization” of the university. I am also interested in applying the urban-intellectual history approach of my first book to reintegrate the local into the story of the university that is usually told in national terms. The project is linked to contemporary debates about the economic pressures facing the university today and the so-called crisis in the humanities.

My side project since arriving in North Carolina in 2010 is about the experimental Black Mountain College. During the school’s short existence between 1933 and 1956 it became a refuge for such German and German-Jewish artists as Josef and Anni Albers. Later it was a center of American postwar modernism and dance. What is so interesting to me about this place, which I have now visited a number of times for work and pleasure, is that the people associated with it went on to have major careers in the arts—from Rauschenberg to Cage and Cunningham—yet few have heard of it outside of North Carolina and the fields of these individuals. My question is: what role does place play in the history of intellectual institutions? The story of Black Mountain is something of a cautionary tale. It suggests that those institutions not embedded in the places around them are at risk of not outlasting their own historical moments.

When I graduated from high school I was a committed classicist with Latin and Greek under my belt. I assumed I would become an academic. That path was indelibly shaped as undergrad at Yale where I enrolled in Directed Studies, a first year program devoted to the study of core texts in the humanities. Sometimes maligned as “Plato to NATO,” “Dead White Men,” or worse, DS was a transformative experience for me. I joined an intellectual community and discovered the ways that the classics resounded down through the ages. It was a logical step to move from the classics to German thought, which was so influenced by classical civilizations. When I arrived at graduate school and became disillusioned by the study of disembodied ideas and “pure” theory I resolved to uncover the contexts from which thinkers and ideas emerged. My continuing engagement with the question of the relationship between ideas and the world stems from my early exposure to encounter between history and the humanities.

The most impactful film I saw last year was Ida, the Oscar-winning Polish feature by Pawel Pawlikowski. The first time I saw it was during a summer fellowship at the US National Holocaust Memorial Museum. The film tells the story of a young Polish woman who is about to become a nun in Communist-era Poland when she discovers she is Jewish. She sets off to uncover what happened to her family during WWII. The film raises questions about religious and gender identity and the role of history in memory. Without giving too much away I will say there is a lot that is uncomfortable or protestable in it. But it features strong and complex women, which is particularly rare in a Holocaust film. I have gone back to watch it three times since and taught it in an undergraduate class.

I paused for a second when I read this question because there is so much discussion about the current “crisis” in our field that one sometimes forgets its value. In our field the ideals of research and teaching come together naturally. The work of history is “useful” for a variety of careers, as I often reassure my students. But it also matters who a building or street is named for in, say, Germany where I have done much of my own research or in Greensboro, North Carolina, where I currently teach. It matters not just to historians, but to everyone.

When I was a first-year graduate student my mentor was the president of the AHA. He imbued in his students the sense that we were training to be part of a guild and it was our duty to participate in its professional organization. In my cohort it was not uncommon to hear Max Weber’s essay on “Scholarship as a Vocation” invoked. And of course to be “called” as a young graduate student one had to throw oneself headlong into the job market!

It is no secret that the AHA can be anxiety inducing. It is important to head “off campus” for a bit of urban adventure. Searching for the best San Diego fish taco with my German history colleague Josh Derman in 2009 was one such memorable moment. I remember fondly getting lost both geographically and in the obsession of finding the best one and forgetting—albeit briefly—why we were there.

A mentor once told me that academics are not like other people. We generally do not have hobbies but in our free time read and, well, do more history. That has been the case for me for a long time despite having lots of other interests. But I find that in the last years I have opened up to other pursuits, including travel, film, good TV, goat cheese, and most rewardingly, family.