A Where Historians Work Update

In 2018, the AHA announced the release of Where Historians Work, an interactive online database that catalogs the career outcomes of all historians who earned PhDs at US universities from 2004 to 2013. A comprehensive study rather than a partial survey, Where Historians Work provided a complete picture of PhD career outcomes, and its publication marked a major milestone in the AHA’s Career Diversity for Historians initiative. It allowed us to address a simple but critical question: What careers do historians with PhDs actually pursue with their degrees? Where, exactly, do historians work?

The answers provided by the data offered much-needed insight into how and where historians use the knowledge and skills they have acquired over the course of their degree programs. Few PhD-granting history departments maintain complete records of their doctoral graduates’ career outcomes, and those who do often exclude alumni working outside the professoriate. The AHA had first tried to answer this question by conducting career outcomes research on a random sample of history PhDs, but it was hard to convince many that the results of a limited survey might apply to them. We realized that only by conducting a detailed analysis of all outcomes could we make convincing observations about broad, large-scale employment patterns among history PhDs. The result was the original Where Historians Work data set.

Since this first data set was finished in 2017, we have been gratified by the number of departments that have incorporated Where Historians Work into student orientations and invited AHA staff to lead data-focused discussions. Where Historians Work has proved an invaluable resource to graduate faculty and students over the past four years, and we are now releasing a long-awaited update to this important database. The update adds four additional years of career outcomes, increasing the number of historians represented from 8,523 to 12,310.

Only by conducting a detailed analysis of all outcomes could we make convincing observations about broad, large-scale employment patterns among history PhDs.

The new data describes the employment of history PhDs who graduated between 2014 and 2017. Although we used the same research methodologies for both studies, changing bureaucratic structures have modified some of the external markers we used to categorize different career outcomes in the intervening period. For this reason, we created a separate dashboard for the 2014–17 Where Historians Work update, rather than add the new data to the original 2004–13 dashboard.

When we released Where Historians Work in 2018, we shared some initial observations about trends we identified in the 2004–13 data. Surprising to no one, we noted that “academic jobs for those who graduated after 2008 were more likely to be off the tenure track” than those who graduated before 2008, reflecting the Great Recession’s impact on academic hiring. The data also showed that “graduates of certain institutions stand a greater chance of finding tenure-track positions, particularly at research universities,” and that women were about as likely as men to find employment on the tenure track. 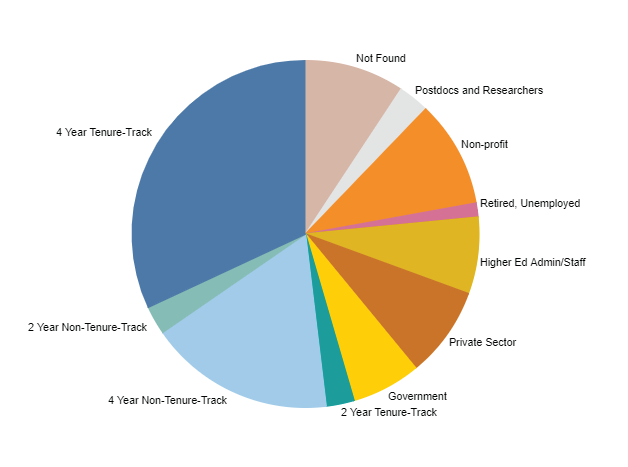 Fig. 1: Employment patterns for history PhDs who graduated from 2014–17 show a continuation of earlier trends.

The 2014–17 data also indicates that a historian’s degree-granting institution continues to affect potential career outcomes. Historians who graduated with PhDs from prestigious programs were, like their predecessors, generally more likely to work as tenure-track faculty. But the recent downturn has diminished their opportunities as well. The shrinking pool of tenure-track positions affects graduates of all institutions, regardless of past hiring trends.

Though the two data sets should not be read as a single longitudinal study, we can still draw some broad conclusions about changes between the 2004–13 and 2014–17 data. Foremost are the small changes we see in the industries where historians are employed, which are unsurprising given that the unemployment rate among historians with PhDs has remained stable (1.5 to 2 percent) while the percentage of historians working within the professoriate has declined. The percentage of people working for nonprofits, for example, increased from 6 to 10 percent. The percentages of history PhDs working in higher education administration; local, state, and federal government; and the private sector have seen more modest increases (6.5 to 7 percent; 4 to 6 percent; and 7 to 8 percent, respectively).

There are anomalies and exceptions to these continuities to be found in the data.

These numbers indicate that historians with PhDs continue to use their diverse skill sets in a wide variety of career paths and workplaces. As the chart in the “Careers beyond the Professoriate” section of Where Historians Work shows, history PhD graduates are employed as historians and researchers, writers and authors, teachers and tutors, counselors and advisers, analysts, program and grants managers, executive directors and executive officers, librarians, archivists, curators, and project managers and in many other capacities. Of particular note are the variety and breadth of positions held by history PhDs in higher education administration. They advise undergraduate and graduate students; manage centers and institutes dedicated to humanities and the digital humanities, pedagogy and experiential learning, and specialized research; create and test educational materials; and coordinate academic and study-abroad programs, community outreach projects, and fellowship and awards programs. History PhDs are using their knowledge and skills to shape policy within and across college campuses, as well as for the many businesses, nonprofits, and government agencies hiring historians to manage their work.

Our findings only scratch the surface of what can be gleaned from Where Historians Work, and we encourage you to explore the data and make your own observations. We have focused here on patterns that persist across both data sets, but there are anomalies and exceptions to these continuities to be found in the data. As historians, we are committed to evidence-based discussion and hope this will add to ongoing conversation about the future of the discipline and the purpose of graduate education.

Hope J. Shannon is marketing and engagement manager at the AHA; she tweets @HistorianHope. Emily Swafford was director of academic and professional affairs at the AHA and is an incoming assistant dean at the Rackham Graduate School at the University of Michigan; she tweets @elswafford.