A Bare and Open Truth

The Penn and Slavery Project and the Public

In 2006 and again in 2016, the University of Pennsylvania denied having any connections to the institution of slavery. In 2017, five students under the direction of history professor Kathleen Brown formed the Penn and Slavery Project to investigate those claims, ultimately concluding that Penn both supported and relied on the institution of slavery in its early days. As a Penn undergraduate, I was one of the original five student researchers. After earning my BA in 2018, I served as the project’s public history fellow. Now I am a graduate student at the University of Pennsylvania and the digital historian for the project, managing the website and helping to develop an augmented reality (AR) mobile application. My many roles within the project have shown me that collaborative efforts to challenge simple narratives can uncover truth and lead to change. 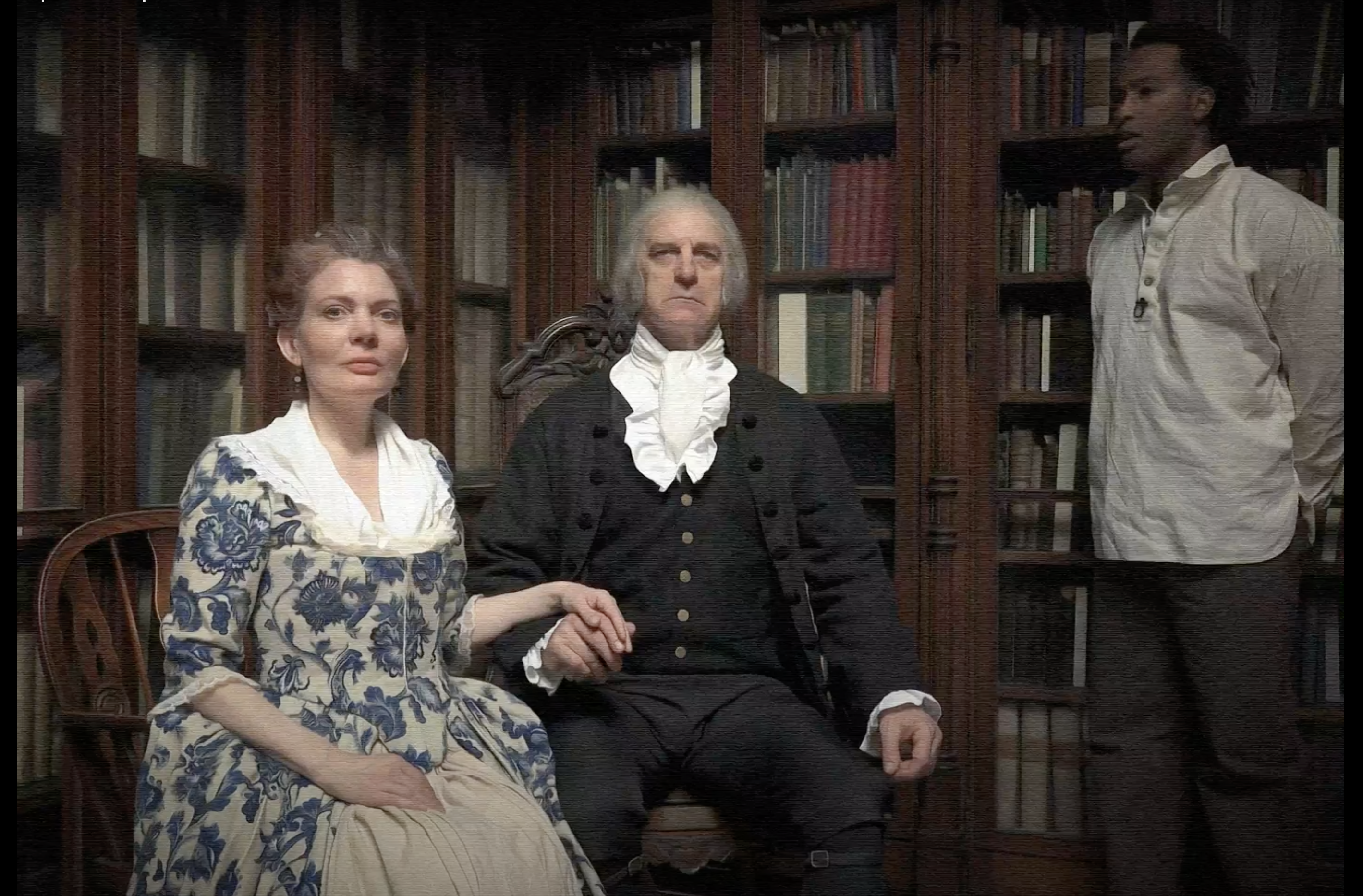 The Penn and Slavery Project began with a focus on slave ownership—who owned whom, and when. After looking at the university’s financial records, we concluded that there was no evidence of Penn itself purchasing enslaved people. However, several of the men who founded and funded the university had so much power and wealth that we decided to investigate further. Looking at the tax records and wills of 18th-century trustees and faculty, we identified men who paid taxes on enslaved people and bequeathed them to descendants. We worked to create a bigger picture of these men’s lives, their slave ownership, and their contributions to the university. Over time, however, we began to recognize the importance of expanding our view and complicating our understanding of complicity. The connections between Penn and slavery did not stop with some of the university’s leaders owning other humans, and neither did our research.

Subsequent research into the university’s financial records revealed that Penn built its endowment on the backs of the enslaved. Much like Georgetown University, Penn struggled financially and took drastic measures to stay solvent early on. In 1771 and 1772, Penn sent trustees to Jamaica and South Carolina to collect donations from the wealthiest men in the area: slave owners. These two areas were well known for having plantations with a large number of enslaved people enduring murderous working conditions. This brutality was immensely profitable for the enslavers, allowing them to make generous contributions to the university. The donations collected on these fundraising trips made up about 15 percent of the university’s early wealth.

We began to recognize the importance of expanding our view and complicating our understanding of complicity.

Slave owners’ wealth thus allowed the university’s doors to remain open; it also allowed medical students to train at Penn’s medical school. During lectures, instructors would perform autopsies on bodies of people of African descent, some of them stolen. With these bodies, medical students conducted research and drew conclusions that would support the idea of a biological difference between the races. Their scientific racism produced knowledge that “proved” the intellectual superiority of white people, helped slave owners justify the enslavement of Black people, and legitimized misinformation that still exists in the medical field today.

As our team conducted more research, I started to look at the names on the plaques, buildings, and statues around campus and recognized the men who appeared in our research. Their names, faces, and accomplishments were public knowledge, but their connections to slavery were not. Since the beginning of the project, I understood the importance of gathering information on these connections, but once I knew how the university was honoring these figures, I realized it was crucial that our project fill those gaps in the narrative. And the best way to tell the story of Penn’s history would be to project it on top of the story the university was telling about itself.

The Penn and Slavery Project developed an AR mobile application to serve as a “digital addition” to the historical narrative on Penn’s campus, sharing the project’s research and telling a more complete story of Penn’s past. The app guides users on a campus tour, with each of the six stops featuring undergraduate research through an engaging and interactive AR exhibit.

The tour begins at the heart of campus with the Caesar’s Story stop (researcher: Dillon Kersh) at the statue of Benjamin Franklin. Caesar was an enslaved man owned by Penn’s first English professor, Ebenezer Kinnersley. From 1756 to 1770, Kinnersley received payment from the school for Caesar’s labor, which included lighting fires in the school dormitory and ringing the school bell. We imagined a portrait of Caesar and the Kinnersleys that comes to life in front of Penn’s most famous founder. This stop’s location represents the way Penn and its founders relied on the institution of slavery for their success.

The Slavery’s Science stop (researchers: Carson Eckhard, Archana Upadhyay, and Paul Wolff Mitchell) makes public the history hidden within the Penn Museum. At Edward W. Kane Park, across the street from the museum, the AR exhibit spawns a dome that surrounds the user and displays artifacts, images, and terminology that reveal the connections between Penn’s medical school professionals and the scientific racism their research established. The most notable individual in the stop is Samuel Morton, an 1820 Penn medical school graduate. He collected, measured, and categorized hundreds of skulls to argue that Black people were intellectually inferior and thus best suited for enslavement. He used physical characteristics and skull size to create an intellectual hierarchy, placing white people at the top and Black people at the bottom. His collection is still housed within the walls of the Penn Museum.

The Penn and Slavery Project tour does not only correct the record about Penn’s connections to slavery. We also strive to center African American stories and amplify Black voices. The Dr. James Henry Wilson stop at the Robert Wood Johnson Pavilion (researchers: Bryan Anderson-Wooten and Dallas Taylor) succeeds on both fronts. Wilson was an African American man who studied medicine at Penn in the 1840s but was denied a degree. He went on to open a medical practice and consulted with some of Philadelphia’s most prominent physicians. Wilson’s files in the Penn Archive had been incorrectly combined with another Black man named Albert Wilson until undergraduate researchers corrected the record.

Academia and education are forms of generational wealth, and slavery and white supremacy created a racialized gap in that wealth.

The tour ends with the Generations stop, featuring PhD student Breanna Moore’s study about her own family’s history. Her research revealed that her ancestors were enslaved by a Penn alumnus in 19th-century South Carolina. The exhibit places her family’s quilt in front of the Generations Bridge on Penn’s campus, which has bricks engraved with the names of donors and alumni. This stop raises questions about whose legacies are remembered and deemed worthy of remembrance. It illustrates how academia and education are forms of generational wealth, and that slavery and white supremacy created a racialized gap in that wealth.

My numerous roles in this project have revealed to me the value of student work. As an undergraduate, I was excited by the opportunity to conduct research and learn more about my own university. And as I took part in bringing this research into the public eye, I saw in real time the impact it had on the university. Some changes were relatively minor. My own research focused on a man named George Whitefield, who began construction on the building that later became Penn’s first campus in 1740. Later in his life, he owned a plantation in South Carolina, helped relegalize slavery in the Georgia colony, and died owning 50 slaves. In 1899, Penn trustees included Whitefield as part of its history and changed its founding year from 1755, when Penn obtained its collegiate charter, to 1740, which made Penn “America’s first university.” In 2020, the university removed its Whitfield statue because of his strong ties to slavery and his loose ties to the university. Our project also made some major changes. One year after our project began, Penn released a statement recognizing the connections between the university and the institution of slavery and committing to join the Universities Studying Slavery consortium.

Perhaps the most notable change involved the Samuel Morton Cranial Collection. I remember our classroom discussions of the collection during our independent study. I remember sitting in the presentation room and watching a Philadelphia activist, Abdul-Aliy Muhammad, take a picture of the slide about the Morton Collection. I knew then that our presentation had taught someone something they felt was worth sharing. And that was what our team has wanted since the beginning. Shortly after the presentation, Muhammad circulated a petition calling for the repatriation of the collection. We invited activists into conversations about the AR app, hoping to make the project truly interdisciplinary by blending academia and activism. And our collaborative efforts culminated in real change in 2021, when the Penn Museum committed to repatriating the skulls in Morton’s collection.

The connections we made with members of the broader Philadelphia community like Muhammad were crucial. The Penn and Slavery Project would not have been successful without public participation. Those who attended our presentations or symposium, visited the website, and downloaded our app have been central to this project’s growth. Because of their involvement, what began as an independent study for five students has evolved into a force of change on our campus and in our community. It is a shining example of what can happen when historians use their knowledge to change their institutions and use their academic work as a driving force for activism.

Many American institutions have historic ties to slavery, and it can be tempting to deny those connections. But we must lean into that discomfort. By turning to history, we can see the truth about how our painful past has created problems in the present. Sharing that knowledge leads to collaborative calls for change. And that is the first step toward progress.

VanJessica Gladney is a PhD student at the University of Pennsylvania and digital historian for the Penn and Slavery Project.