Writing the History of Sexual Assault in the Age of #MeToo

Tsuneno changed her story. When she arrived in the capital city of Edo, in the 10th month of 1839, she wrote in a letter that her traveling companion, Chikan, was a good friend. He was a junior priest from a village near her own, and when she told him that she wanted to leave for the city, he had helped her. Yes, he had asked her to pawn her luggage so that they could raise money for the trip. But he had helped her on the road, and she was grateful. 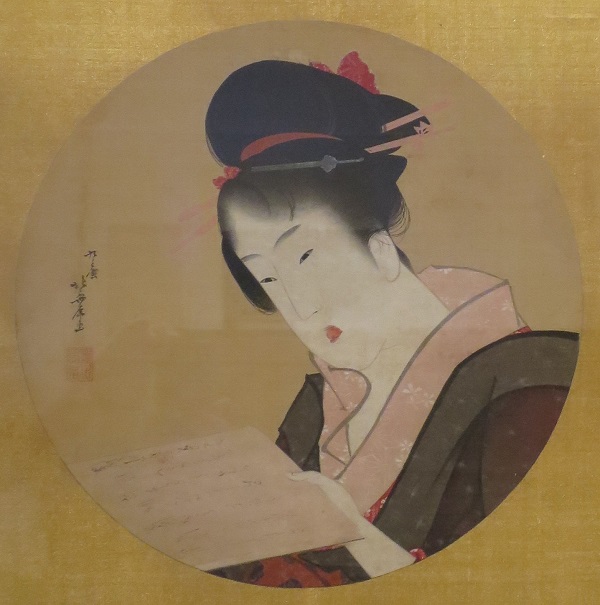 A few weeks later, relating the tale to her uncle in Edo, she said something slightly different: “On the way, Chikan started saying, ‘You know, I have relatives in Edo and they would never turn you away—why don’t you marry me?’ And I tried to refuse, but we were on the road. He talked about all the things that might happen to a woman alone. But it wasn’t a real warning. He was making fun of me. The others who had been traveling with us had left by that point, so I had no other choice: I did what he wanted.” But still, she insisted that Chikan had been good to her, and her uncle should leave him alone.

A few weeks after her encounter with her uncle, she related the story again, this time in a letter to her favorite older brother. She alluded to Chikan’s “impure intentions” and lamented her misguided faith in him. “After all,” she wrote, “he wasn’t a strange person from another province.” And he had treated her so kindly, as if she were his sister. But in the end, as she wrote in yet another letter, “though it was never my idea to do anything so terrible, Chikan was scheming to make me his wife.” By then, Chikan was long gone. He had taken the money he had received from pawning her luggage and disappeared to another province, leaving her alone in a tiny, dirty Edo tenement.

When I first encountered this series of stories, as I was doing research in the Niigata Prefectural Archives in Japan in 2010, I doubted that Chikan raped Tsuneno. Or, at least, I thought the real story was somewhere in between the various versions she related. This is how historians are trained: we do not take our subjects’ statements at face value, particularly if they changed their stories, and especially if they had reasons to dissemble.

At first, I doubted that Chikan raped Tsuneno. I thought the real story was somewhere in between the versions Tsuneno related.

Tsuneno did have reasons. When she left with Chikan, she was running away from home without permission. She had been married and divorced three times, and she was desperate to escape before her older brother married her off again. By leaving for Edo, she had engaged in a serious act of rebellion. Not only would her older brother be furious that she had thwarted his plans, he would also be ashamed that she had run off with a strange man. Tsuneno came from a prominent family, and this amounted to a catastrophic loss of face for her older brother, the patriarch. Of course she claimed that Chikan had coerced her, I thought. It was very possible that she had been his lover and then tried to change her account after the fact, when he abandoned her and she needed to ask her family for help.

Initially, this was how I wrote the story, and how I presented it when I gave lectures on the material. Later, in a 2016 article for the American Historical Review, I decided to skirt the issue: I related her words, but I didn’t explore the changing story in any depth, and later in the piece I suggested that women might seize upon “cultural narratives” about seduction and coercion to explain themselves.

And then the hashtags started to appear on Twitter. In 2017, women began posting their stories of sexual harassment and assault, many years or even decades old. I haven’t been able to say this until now, they wrote. I doubted myself: did it really happen? Then I thought it was my fault. I shouldn’t have been in that party, in that room. I was embarrassed that I ever trusted him. I told everyone he was a great guy. He was my friend, my mentor. I couldn’t admit it. And other women replied: #MeToo.

In fact, it shouldn’t have required a ubiquitous hashtag to make me consider this issue. African American scholars in the field of US history have argued for decades that the epistemology of history writing is biased in favor of the accounts of white men, which are automatically considered trustworthy, while the memoirs of enslaved people are examined relentlessly for any hint of an ulterior motive. In Sally Hemings and Thomas Jefferson (1997), Annette Gordon-Reed wrote of the “systematic dismissal of the words of black people . . . as though their testimony was worth some fraction of that of whites.” In telling Tsuneno’s story, I had thought of myself as different, as if I would not engage in “systematic dismissal” because I was a feminist woman writing about a woman. But I, too, was letting my own social conditioning inform my reading of the sources. After all, the story of a woman who engages in rebellious sexual behavior, regrets it, and then makes up a story to explain herself is its own kind of cultural narrative. It’s mine. It’s ours.

There were other unwritten stories about Tsuneno that were equally plausible, which I had never seriously considered. One was that she changed her account because women who have been raped often find that it takes time to come to terms with their experience, a truth that the #MeToo movement has poignantly illustrated. Another relates to the set of evidence constituted by her life history. She had been through three arranged marriages and was divorced three times. She took her life in her hands rather than be married again. (She did eventually marry again, apparently of her own volition, but with some reluctance.) What if she had no interest in men at all? What if she despised heterosexual sex and would never have engaged in it unless she was forced? That is not one of our dominant cultural narratives, and I had not thought it necessary to consider in writing. “Compulsory heterosexuality,” as Second Wave feminists termed it, had shaped my thinking as much as patriarchal epistemology.

The story of a woman who regrets sexual behavior and makes up a story to explain herself is its own kind of cultural narrative. It’s mine. It’s ours.

It would be unwise to uncritically accept every account of sexual assault we find in our sources. Women did make false accusations of rape, for various reasons, to save themselves from violence at the hands of their husbands or fathers, to protect their fragile position in a white supremacist order, or to escape judicial punishment for sex crimes. But this type of storytelling occurred in specific cultural and legal circumstances. What I’m suggesting is that in the absence of a pattern of such cases, we should reexamine our impulse toward skepticism, as well-intentioned as it may be. After all, relatively powerless people almost always had reasons to lie, if only because their lives were so often on the line. But that doesn’t necessarily mean that they weren’t credible, or that we should lead our readers toward that assumption. What would happen if we just believed women? What would happen if I just believed Tsuneno?

Here’s what I think now, and what I will write the next time I relate Tsuneno’s story: Somewhere along the way to Edo, after the rest of the traveling party had departed, on a rented futon or a dingy tatami mat or the cold ground, under a shared blanket or a canopy of branches, in the still quiet of the early morning or amid the drunken music of a late-night party, Tsuneno suffered a loss that she couldn’t name precisely. At first, she couldn’t tell the story at all. She was ashamed that she had ever trusted Chikan, reluctant to admit what she thought of as her own mistake. She probably couldn’t believe that it had happened. After all, he was a priest, like her brothers, and he had, in his own way, been helpful. For weeks, she didn’t have the words to describe it. Until she found that, one day, she did.

Tsuneno was raped. She said so. And nearly 200 years later, I believe her.

Amy Stanley is an associate professor in the history department at Northwestern University, where she teaches Japanese and global history. Her book Stranger in the Shogun’s City: A Japanese Woman and Her World is forthcoming from Scribner in 2020.