The Case for Chicago as America’s Pizza Capital

There are two great misconceptions in American pizzadom, according to Steve Dolinsky: Chicagoans like their pizza thick, and New Yorkers do pizza best. The ABC7 (Chicago) food reporter dispels both myths in his new book, Pizza City, USA: 101 Reasons Why Chicago Is America’s Greatest Pizza Town (Northwestern Univ. Press). In this first-ever field guide to a rich foodscape—underappreciated by both locals and outsiders—Dolinsky samples 101 pies, consults local historians, and even includes a glossary of pizza terminology to piece together a complete profile of Chicago’s pizza scene. He concludes that Chicago is far from a one-note pizza town that serves pan after deep-dish pan of its signature style. 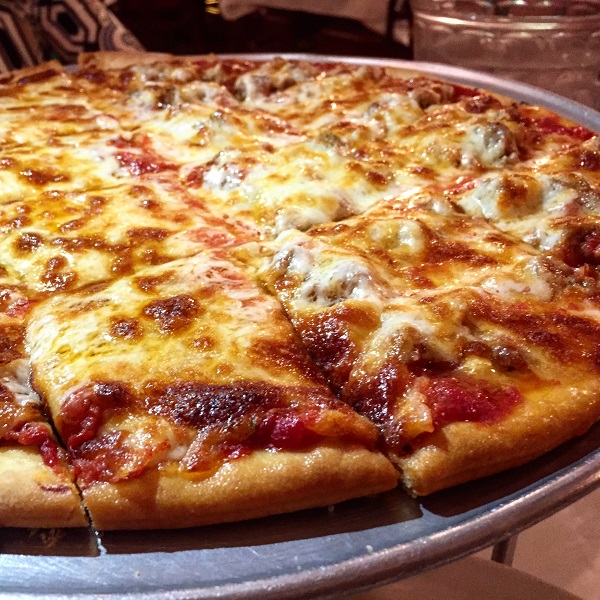 Dolinsky tells Perspectives that he wants “Pizza City” to enter the pantheon of Chicago nicknames like the Windy City, Mud City, and Chi-Town. In the book, he argues that Chicago has “the most pizza variety in the country,” outclassing even New York City’s. According to his field research, 10 distinctive pizza varieties hold significant ground within Chicago’s 77 neighborhoods: “tavern-style, thin, New York-style, artisan, Neapolitan, deep-dish, stuffed, Sicilian, Roman, and Detroit-style.” That’s twice as many as New York offers, Dolinsky explains: “New York has more people, and therefore more pizza places, but at the end of the day it’s a slice culture.”

Dolinsky also says that you should forget everything you’ve been told about what “Chicago-style pizza” means. Pizza City, USA commands: “Walk into any neighborhood pizza joint, be it a family-run place in a bar or a local chain with multiple locations, and ask them what they’re known for. I’ll bet it’s a Chicago-style thin pizza, also known as tavern-style, rather than deep-dish.” While it’s true that both styles were born in Chicago, Dolinsky blames tourists, not locals, for causing the long lines at deep-dish restaurants. He writes, “Many locals actually agree with Jon Stewart’s rant about deep-dish on the Daily Show: ‘This is not pizza; this is tomato soup in a bread bowl!’”

Dolinsky blames tourists, not locals, for causing the long lines at deep-dish restaurants.

Tavern-style—which Dolinsky regards as the “true” Chicago pizza—first emerged in the 1930s, predating the invention of deep-dish by about a decade. Bar owners, catering to a largely working-class community, realized they could get customers to drink more beer if they gave them something salty to eat. Tim Samuelson, cultural historian for the City of Chicago, explains that patrons favored this cracker-thin, square-cut, cheese-pushed-up-to-the-edges style over traditional wedges. “This makes it much easier to hold a drink in one hand and a compact square of pizza in the other,” he says, “unlike wedges, where sag and gravity would make the same maneuver transfer the topping to your shirt or lap.” 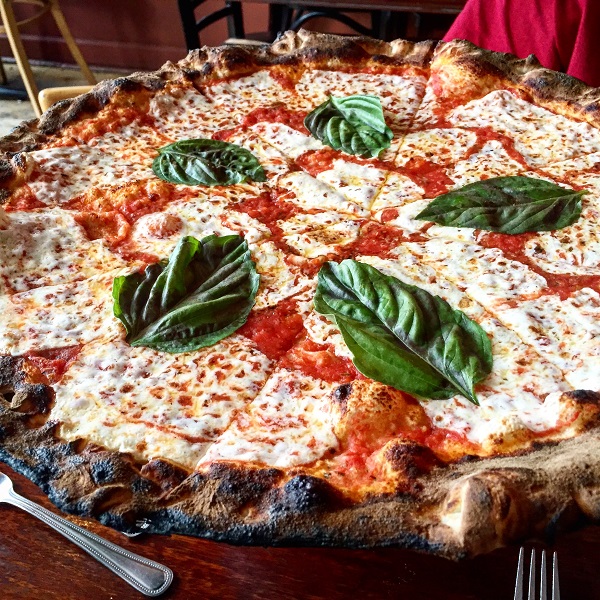 A little later, in 1943, Italian-born restaurant owner Ric Riccardo invented deep-dish, which Samuelson describes as “a thick layer of dough pushed into a deep metal pan, and layers of cheese, tomato sauce, and sausage sequenced in a way traditionalists would consider upside-down.” In contrast to the more utilitarian tavern-style, Samuelson says, Riccardo wanted to make a dish “attractive to a quieter clientele,” to be consumed with a knife and fork. After Riccardo’s death, Pizzeria Riccardo was renamed Pizzeria Uno. This is the same Uno franchise that currently operates at over 110 locations worldwide.

Samuelson emphasizes that “Riccardo is deep-dish’s father—period,” referring to recent debates over whether some of Riccardo’s business partners were the true inventors of the style. What’s important is not whether these rivalries existed, but that early deep-dish proponents were collectively able to corporatize their product. Lou Malnati, for example, who co-managed Pizzeria Uno in the 1950s, spawned a famous deep-dish empire of his own, Lou Malnati’s Pizzeria. Riccardo, Malnati, and others successfully harnessed the tourist market and the “Chicago-style” title to the detriment of popular appreciation of alternative local pizza styles.

Dolinsky believes that Chicago has a deep-seated inferiority complex that complicates its attitude toward pizza. “It’s the ‘Second City’ mentality,” he says. “We’re always trying to show the world how innovative we are, that we are an amazing architecture city, we have an incredible food scene, we’re much more affordable than San Francisco or New York City, and we’re just as dynamic and creative. But when it comes to pizza, we get pigeonholed as deep-dish—that’s it.” He complains that Chicago natives allow this misconception to go unchallenged, perhaps to bow to the tourist dollar. “Nobody ever says that deep-dish is to Chicago what Times Square is to New York. You would never say that New York–style pizza is whatever you get in Times Square. That’s for tourists!”

Tavern-style pizza predates the invention of deep-dish by about a decade.

Despite Chicago’s reluctance to embrace its colorful pizza heritage, Dolinsky predicts that the city’s pizza scene will only continue to diversify. The reception of his book has been mostly positive so far, simply because people recognized the need to have a field guide to a booming and changing pizza landscape. “There really was nothing like it,” Dolinsky says. “Up until the book, there were a lot of listicles and unverified research about pizza that were based on recognition or hearsay.” (The book humorously defines ingrained pizza biases as “PIGUE Syndrome” or Pizza I Grew Up Eating Syndrome). Naturally, Dolinsky’s biggest critics are the restaurants that got cut from the final publication. “I went to 185 places, and there’s only 101 featured in the book, and so there are a few disgruntled people,” he says. “Some of the well-established places are not included in the recommended section, just because they didn’t meet our high standards. Nobody got a free pass.” 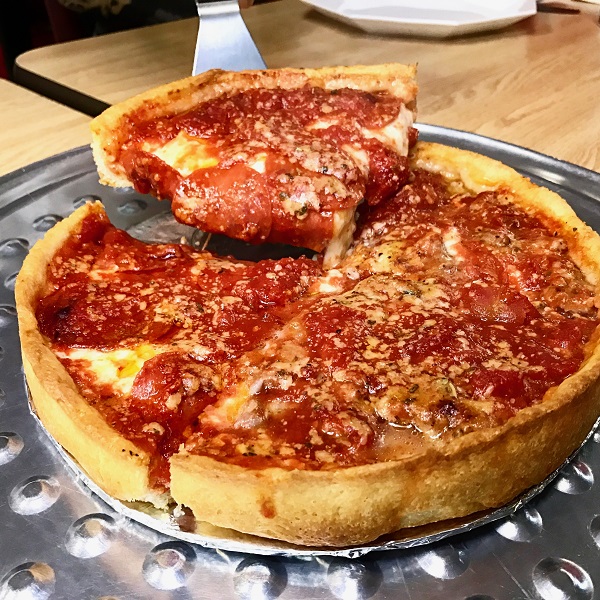 Dolinsky isn’t the only person fighting unfair characterizations of the Chicago pizza scene. Pizza memorabilia collector Kendall Bruns recently opened the US Pizza Museum in the South Loop, to the ire of journalists and Twitter users who insist that New York is more deserving of such a place. Illustrious pizza chefs, or pizzaiolos, are also moving to the city—in August 2017, for example, Rome’s most acclaimed pizzeria, Bonci, picked Chicago for its first-ever location outside Italy.

For pizza-loving historians attending the AHA annual meeting, there are several good restaurants close to the Hilton Chicago and Palmer House Hilton. Dolinsky personally recommends Pizano’s or Labriola for deep-dish, Acanto for Neapolitan, and Robert’s Pizza Company for artisan-style. You’ll need to venture beyond the downtown area to find the best examples of tavern-style—Pizza City, USA rates highest Vito and Nick’s in the South Side. If attendees are interested in a more educational experience, Dolinsky offers city pizza tours. Every Saturday, trained “doughcents” lead walking and bus tours into different Chicago neighborhoods to sample the styles of pizza described in the book. Information about the tours and additional pizza recommendations are available at pizzacityusa.com.