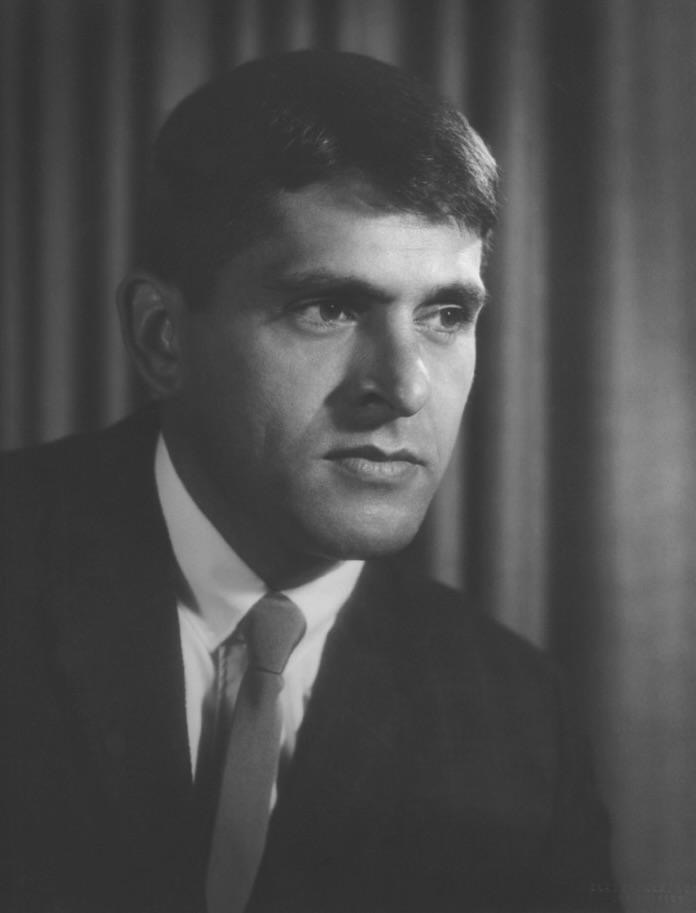 Julian Nava’s remarkable life showed how a historian can flourish professionally and make history at the same time. Nava, who taught on the faculty of California State University (CSU), Northridge, for 43 years, died at age 95 on July 29, 2022. “I could have . . . chosen the quiet life of a tenured professor,” he told an audience in 1970, but “I wasn’t satisfied with the world as it is. I want to change it.”

Nava was born in 1927 to a family who had immigrated from Mexico only to be devastated by the Great Depression. He grew up in Boyle Heights, then a polyglot but heavily Mexican American section of Los Angeles. Following wartime and postwar service in the navy, Nava enrolled at East Los Angeles Junior College. He went on to earn a BA in history from Pomona College in 1951 and a PhD in Latin American history from Harvard University in 1955. Teaching and administrative assignments followed, including stints in Spain on a Fulbright and in Colombia working to establish a new college.

In 1957, Nava joined the founding faculty of San Fernando Valley State College (later renamed for its Northridge setting). The campus was a magnet for first-generation college students. An educator above all else, he showed a passion for mentoring. To students who wondered whether they belonged in a university, he offered a reassuring voice.

Nava’s energies were drawn as much outside the college as within. The postwar era witnessed a new militance among Mexican Americans, much of it prompted by veterans like Nava. His community and organizational commitments accumulated wholesale. During the presidency of Lyndon B. Johnson, he served on the Inter-Agency Cabinet Committee on Mexican American Affairs. He also advised the Mexican American Legal Defense and Educational Fund and Bilingual Children’s Television.

In 1967, backed by a broad coalition, Nava won election to the Los Angeles Unified School District Board of Education—the first Mexican American ever to serve. Two additional terms followed, together with stints as board president. He struggled to pull the board toward the causes dearest to him—an equal education for every child regardless of ethnicity; desegregation; and multicultural, bilingual education. He also strove to integrate the history of Mexican Americans into the educational canon. His contemporaneous publications served that end, including the pathbreaking Mexican Americans: Past, Present, and Future (American Book Co., 1969).

Meanwhile, the Chicano movement erupted, taking Mexican American activism well beyond that of Nava’s generation. Nava played a high-profile role in establishing a Chicano studies program at CSU Northridge. He also backed a Chicano moratorium against the Vietnam War. Contrary to the movement’s streak of separatism, though, he remained an integrationist willing to compromise. While conservatives assailed him as a radical, radicals clamored for him to go further. In the end, he became a transitional figure who bridged the postwar and Chicano movements while helping many others bridge them too.

Nava’s personal manner reflected his instinctive moderation, a term he embraced. He exuded pragmatic common sense. He tended toward a warm yet dignified reserve. Though passionate over principles, his was seldom if ever the loudest voice in the room. If anything, he inclined toward understatement. He often spoke with a smile and a twinkle.

In May 1980, President Jimmy Carter appointed Nava the US ambassador to Mexico. Nava served just under a year. Energy and immigration issues predominated at the time, but Nava’s most important legacy lay in the symbolism of a Mexican American representing his country in Mexico, a first.

Nava’s later years kept him fully engaged. In 1992, he ran unsuccessfully for mayor of Los Angeles. He then focused on creating two documentaries, Song of the Basque and Voices of Cuba. Following his retirement from CSU Northridge in 2000, he published an autobiography, My Mexican-American Journey (Arte Público Press, 2002). He continued to volunteer with community organizations. Two Los Angeles public schools today bear his name.

He is survived by his wife of 60 years, Patricia; their three children, Carmen Nava, Katie Stokes, and Julian Paul Nava; and six grandchildren. Carmen is professor of history at California State University, San Marcos.