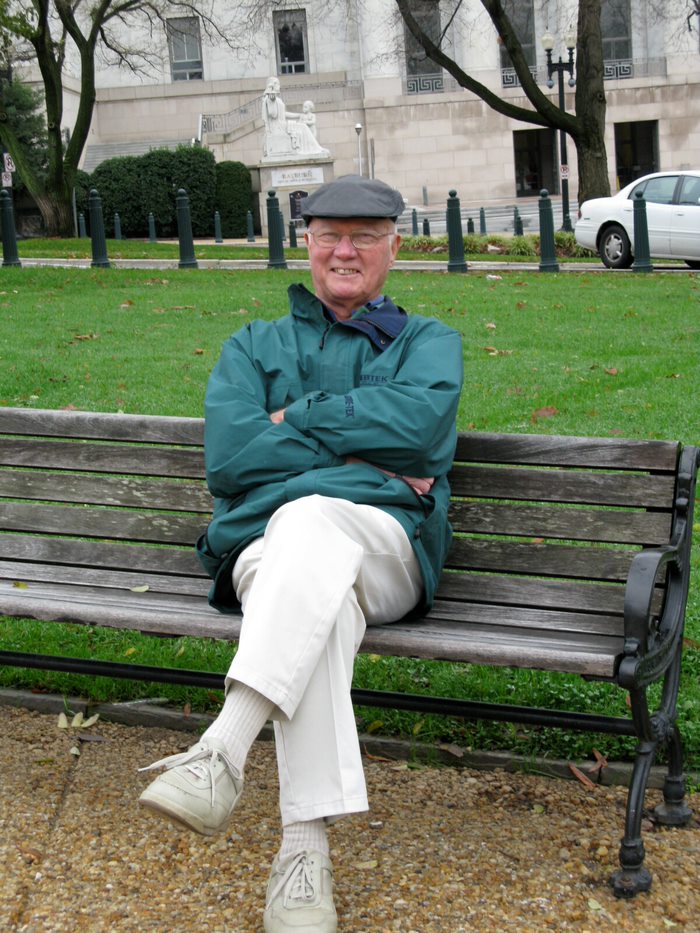 Walter Nugent was a historian of wide-ranging interests and expertise, with habits of curiosity, wide reading, and hard work that resulted in a dozen influential books.

Born in 1935, Nugent often commented on the demographic good fortune that gave academic opportunities to his generation when baby boomers flooded into universities in the 1960s. He grew up in a Catholic family in upstate New York. He received a first-class liberal arts education at St. Benedict’s College (now Benedictine College), and then he earned an MA at Georgetown University in 1956 and a PhD at the University of Chicago in 1961, all the while supporting a growing family by serving as a church organist. (His love of music endured and included an essay on Antonín Dvořák.)

Nugent’s dissertation became The Tolerant Populists: Kansas Populism and Nativism (Univ. of Chicago Press, 1963). Written at his kitchen table while he taught in Kansas, the book was soon widely taught in graduate seminars and undergraduate historiography classes. Nugent was often compared to Richard Hofstadter, who had asserted that Populists were nativist, paranoid, reactionary, and anti-Semitic. Nugent’s long days in the archives brought him to a nearly opposite conclusion, and he emphasized Populism’s tolerance of others and advocacy of state intervention to secure rational progressive reforms. In 2013, the press released a 50th-anniversary edition, a splendid tribute to the enduring influence of a first book.

The Tolerant Populists led to a position in the history department at Indiana University Bloomington, where Nugent flourished. The department and university were building an international focus that gave a young, ambitious historian immense opportunity. Nugent held several administrative positions, including department chair, and he played a leading role in bringing the American Historical Review to campus. His most rewarding position came as founding director of the university’s Office of Overseas Study. The position led to travel abroad, as he came to embrace cultures, languages, history, and food from around the world. Nugent also served the Fulbright Program in several capacities. He developed a special interest in Poland, Israel, and Ireland (where he held the Mary Ball Washington Chair at University College Dublin). He was immensely pleased when the main room of Indiana’s Overseas Study office was named in his honor. After 21 years at Indiana, Nugent accepted the Andrew V. Tackes Chair at the University of Notre Dame, where he continued his research, teaching, and mentoring, dedicating time to helping new historians with their dissertations and career advancement.

Nugent’s research spanned time periods and subjects. His early work was largely in the late 19th century, leading to his service as president of the Society for Historians of the Gilded Age and Progressive Era from 2000–02. He moved into economic history with The Money Question during Reconstruction (Norton, 1967) and Money and American Society, 1865–1880 (Free Press, 1968), then to demography and immigration, notably in Structures of American Social History (Indiana Univ. Press, 1981) and Crossings: The Great Transatlantic Migrations, 1870–1914 (Indiana Univ. Press, 1992).

Into the West: The Story of Its People (Knopf, 1999) marked Nugent’s deeper entry into western history, in which he published some of his most influential work, including Habits of Empire: A History of American Expansion (Knopf, 2008) and his last book, Color Coded: Party Politics in the American West, 1950–2016 (Univ. of Oklahoma Press, 2018). Like many of his generation, Nugent often engaged the Turner thesis and American exceptionalism, the subject of one of the last of his dozens of published essays. He served as the Western History Association’s president in 2005–06.

Nugent’s books and essays are based on extensive research, creative thinking, and engaging prose. He was fortunate to have as partner the historian Suellen Hoy, who brought shared interests and joy to a sometimes-shy scholar. He enjoyed his children and their families and took special pleasure in conversations on American and western politics. His daughter, Rachel, remembers that Nugent delighted in recounting the food, wine, and conversations enjoyed with lively companions in restaurants near and far, more enjoyable even than his passion for golf.