Roger Davidson Jr. is an associate professor at Bowie State University. He lives in Bowie, Maryland, and has been a member since 2003. 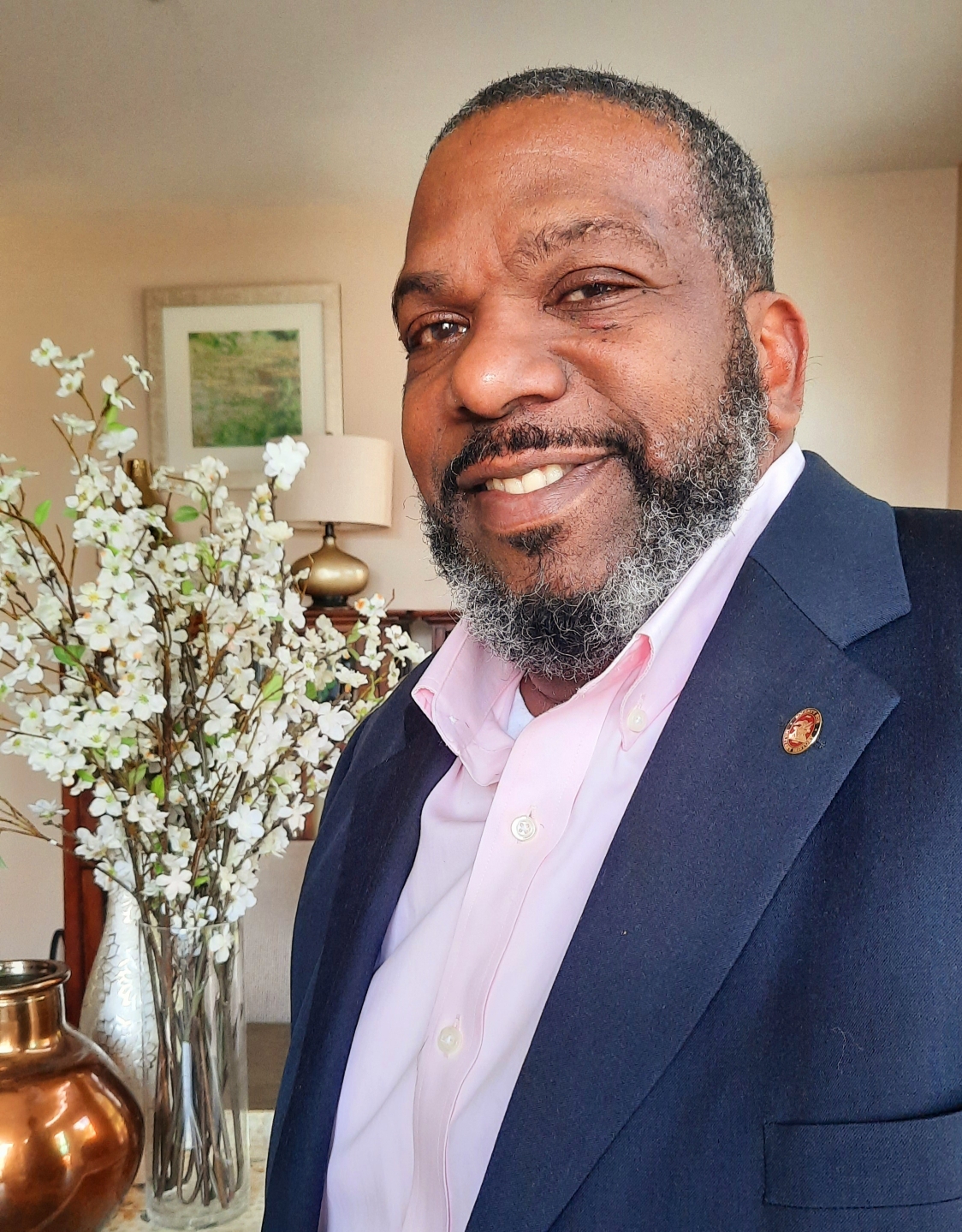 A childhood passion for history greatly influenced my career path. I grew up during the Cold War era and the historic events (Civil Rights, Black Power, and Vietnam) defining that period sparked my interest in history—the what, why, when, and how. Both parents were World War II veterans and descendants of slaves; their stories and the unfolding history of my childhood (1960s and early 70s) led to an early interest in slavery, the Civil War, Emancipation, the struggle for equality as well as foreign conflicts and their impact on American society. When I asked questions, my parents answered with family stories, photos, and visits to museums and battlefields. They explained slavery through family lore and a trip to Appomattox Court House, Virginia, where my father’s ancestors were enslaved. We visited Civil War battlefields along the way. When I asked about segregation and race relations, they brought understanding through a recounting of their childhoods, military service, and lived experiences.

During my undergraduate years and immediately after, history was a hobby and I worked in insurance. My love of history (and brief stint as a Civil War reenactor) drove me to seek a career in history. I initially wanted to work as a public historian; however, I caught the teaching bug after my first experience as an adjunct. I started teaching as a PhD candidate at Howard University and within a year received a position as visiting instructor at Delaware State University. After graduation, I received a position as a contractual hire with Coppin State University teaching US, African American, and diplomatic history and, four years later, received a tenure-track position, earning tenure after five years. During my time at Coppin, I served as the faculty athletic representative to the NCAA, interim department chair, and coordinator of history programs. I worked at Coppin State University for a total of 16 years, when a position opened at Bowie State University (a sister institution) for a historian specializing in military and diplomatic history, a position that allows me to focus specifically on my areas interest. I have been at Bowie State University for four years.

After 20 years in the academy, I am still passionate about history. With a heavy teaching and service load, I do not get much time for research and writing. Nonetheless, my career is a dream come true. Over the years, I had the opportunity to lecture, present papers, participate on research projects, appear in documentaries, serve as a consultant on local and state history projects, and, occasionally, publish. Most of all, I had and have the opportunity to teach and live history.

I live in Maryland near Washington, DC, Virginia, and the Chesapeake Bay. I love the history of the region. As for work, I love the comradery and student-centered atmosphere at my school.

I am researching the ways in which African Americans in postemancipation Southern Maryland (1864–78) were able to secure and maintain aspects of social and economic autonomy in a racially inhospitable landscape. A significant focus is placed on returning veterans and the ways in which service to the nation contributed to community action and community development.

A small diary of a Civil War-era African American sailor detailing a cruise to China.

Its focus on critical thinking and using the past as insight into the issues of the present.

Membership in the AHA allows me to maintain a connection to a broad network of scholars as well as remain informed regarding trends in research, scholarship, and the history profession.