From the Executive Director , In Memoriam

A Tribute to Leon Litwack

On August 15, 2021, a gathering in a small backyard in Berkeley, California, commemorated the remarkable life of Leon F. Litwack. In true COVID-era fashion, a few hundred more watched via Zoom. Family, neighbors, friends, former students, and colleagues shared recollections, ranging from the 1940s to the weeks preceding Leon’s death on August 5 at the age of 91. 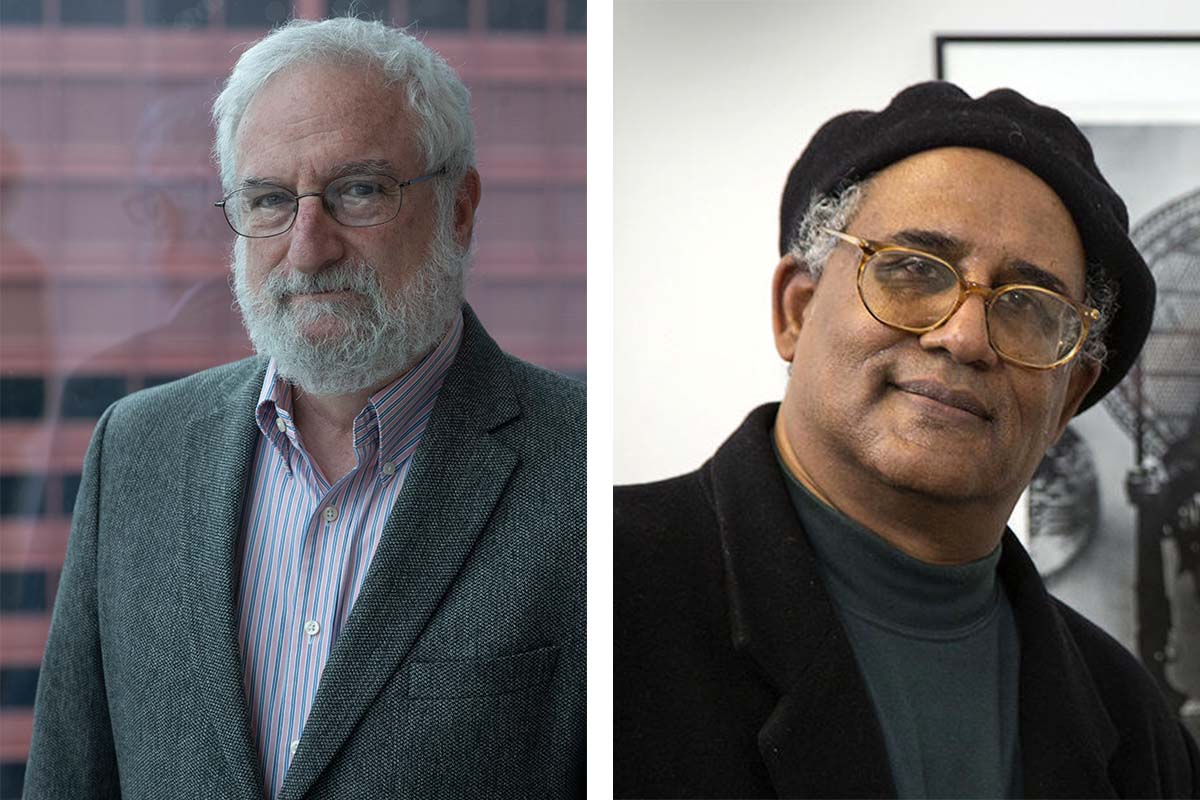 There was a lot to recall. Leon’s notion of “being a historian” was not only about writing books, although he wrote more than his share. North of Slavery: The Negro in the Free States, 1790–1860 (Univ. of Chicago, 1961) was a pathbreaking study that perceptively probed the antebellum tension between Black freedom struggles and Northern-style anti-Black racism; it was still being assigned in undergraduate courses a half century after publication. Been in the Storm So Long: The Aftermath of Slavery (Knopf, 1979), a magisterial exploration of Black emancipation during the Civil War and Reconstruction, won a Pulitzer Prize, National Book Award, and Francis Parkman Prize. He followed with compelling examinations of “freedom’s first generation” in Trouble in Mind: Black Southerners in the Age of Jim Crow (Knopf, 1998) and of the modern Black freedom struggle in How Free Is Free? The Long Death of Jim Crow (Harvard Univ. Press, 2009). He co-authored a popular textbook, The United States (4th to 6th eds., 1976–86) and edited or co-edited influential collections of primary and secondary sources on the American labor movement, Reconstruction, and African American leadership.

Equally important was his work in the classroom and in public life. Leon taught approximately 30,000 undergraduate students at the University of California, Berkeley, and every one of his graduate students knew early on that we had to be prepared to teach the US history survey. He also created one film and three multimedia shows and supported proposals by his graduate students to experiment in these genres, especially as part of our preparation to teach history in different ways and in different places. He lectured opposite Shelby Foote on the Delta Queen and consulted on more than a dozen films, exhibitions, and publication projects. The tradition of musical performance at the Organization of American Historians’ annual meeting began with Leon’s presidency in 1987, with a program featuring Tracy Nelson and James “Son” Thomas.

This breadth of perspective and interests exuded an understanding that historical thinking could not be separated from engagement with contemporary culture (especially music) and politics. To understand the past, one had to be intensely present in the moment, indulging in and learning from the worlds around us. This meant, to Leon’s students, that although our work was important (to him, as well as to us), our work was not us.

And our work was not about us. Writing history requires learning about other people, understanding them, and letting their voices and sensibilities be heard. Not “giving them voice,” as some reviews of Been in the Storm So Long observed, usually in admiration. They had a voice; Leon provided them with a microphone and the audience with a framework. He learned from his sources and engaged them in a respectful conversation. His role as a historian was to frame, organize, and contextualize those voices into broad narratives, arguments, and commentaries on the human condition.

Above all else, Leon talked in complex ways about Black Americans as agents of history, an agency that battled and ultimately transcended victimization. These histories always included oppressors and perpetrators, whether individual or systemic (usually both). Avoiding the passive voice was not about grammar; it was about agency, causation, and change.

This is what historians do. We listen. We listen to voices, and we listen to silences. Leon taught his students how to find them and gave us the confidence that we could find them. And he helped us learn from them. We choose those words carefully—“helped us learn.” We recall conversations with Leon about what we, as historians, do and what we can accomplish. In this, he guided by example, through conversation about values and purpose and, occasionally, gentle criticism, usually posed as skepticism articulated through a question. But he seldom told us what to do as historians, other than to listen actively—and hear.

This respect for sources and attention to the agency of all participants in historical processes extended into a democratic approach to how one became a historian. Waldo vividly recalls his first meeting in Leon’s office in the summer of 1973 as part of an incoming cohort of Berkeley graduate students of color working in tutorials with mentors, prepping for the fall semester. The readings were US history classics; the discussions were always probing and exhilarating. Most striking, however, was Leon’s response to the first question posed to him: “What would you like to be called? Dr. Litwack? Professor Litwack?” No. “Just call me Leon: that’s my name.”

This indifference to hierarchy had deep roots. Leon’s parents, Julius and Minnie (Nitkin) Litwack, were Russian immigrants who had met through a hiking club that Leon would later characterize as “anarchist-socialist-Jewish-vegetarian.” Minnie was a seamstress, Julius a gardener. They raised him with books, which one lifelong friend later recalled did not make him popular among his peers in Santa Barbara. Eventually his extensive and carefully maintained collection would find its way into exhibitions at prominent museums and libraries; its core will be housed at the Bancroft Library at UC Berkeley.

Skepticism of authority and the necessity of dissent would remain constant themes winding through Leon’s life and work. In high school, he objected to the textbook’s conventional racist Dunning School interpretation of Reconstruction and subsequently presented to the class a dissident counternarrative drawn from W. E. B. DuBois’s Black Reconstruction. Although the teacher generously offered this opportunity, she also prudently cautioned the class that Leon was “bitterly pro-labor,” with obvious implications for his reliability. In 1953, he was prepared to risk his career (and was suitably warned by a faculty member) by refusing to “name names” before the House Un-American Activities Committee. He showed up strategically dressed in his army uniform, but he was spared testimony; legend has it that the august panel was too busy harassing Harry Bridges to worry about a private taking a military detour from graduate school. In 1950–51, he organized Berkeley students to oppose the infamous loyalty oath. And he summed it all up in his final lecture in 2007, to an audience of approximately 900, including local media and former students who hadn’t been on campus for decades: “When I hear UC Berkeley denounced for lawlessness, debauchery, free thinking, subversion, harboring communists and radicals, exposing students to radical ideas—whenever I hear those charges made, that’s when you’ll hear me, wherever I am, shout, ‘Go Bears!’”

That invocation of school spirit was neither cynical nor insincere. It wasn’t just his three degrees from UC Berkeley (BA, 1951; MA, 1952; PhD, 1958) or his four decades on the faculty. Or even that he’d met his wife Rhoda (Goldberg) Litwack there and they would remain married for 69 years, raising not only two children but also what Rhoda still refers to as their “academic family.” It was a faith in the imperative of dissent to a healthy public culture.

Leon’s critics (and there were many) never fully understood his similar loyalty to our nation. “To preserve our past,” he wrote in 1995, “and to communicate it freely, clearly, and effectively, remains one of the best hopes of ensuring a more humane future. . . . The indispensable strength of this nation remains our freedom to question and probe various versions of reality, to experiment with new ideas, and to undermine old dogmas and values, even to insult proprieties and expose absurdities.”

James Grossman is executive director of the AHA; he tweets @JimGrossmanAHA. Waldo E. Martin is Morrison Professor of American History and Citizenship at the University of California, Berkeley.