The Experience of Feeling in the Archive

All historians confront death. For most of us, the historical subjects we write about have expired long before we encounter them; like their lives, their deaths are facts of the past—an act completed, a chapter closed. Some deaths haunt the archive by their absence—the violence not recorded, the fates unknown—while others are replayed over and over again in spectacles of repeated humiliation. The structure of the archive can make it seem as though some lives in the past are spent merely dying. Such lives come briefly into archival view only in moments of violence, state surveillance, punishment, and death. Historians who write about these historical subjects take on a difficult labor. The archive they face is one of intense feeling and, often, trauma preserved and rearticulated in the present. 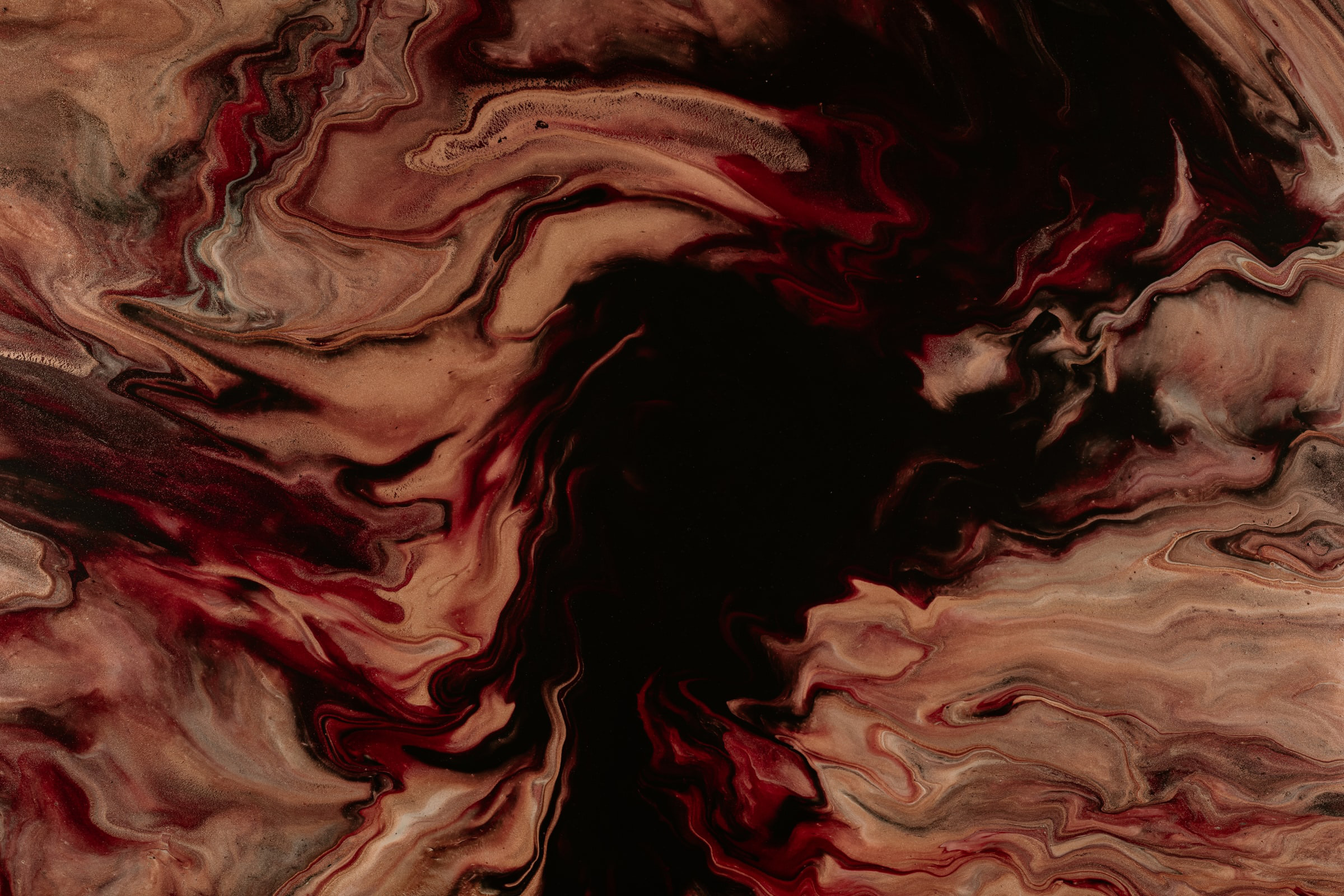 To write about violence is to do a particular kind of history: it is a physical and emotional endeavor, not merely an intellectual one. Paweł Czerwiński/Unsplash

In the course of my research, I reckon constantly with this archive of feeling. In 2016, I spent a summer in the National Archives in Washington, DC, researching the experiences of women who had been raped by American GIs in World War II. In many of the books I had read about these women, rape was the center-point of their lives; nothing before this moment mattered, and nothing after it was ever told. I thought I could go beyond such portrayals to find these women’s “voices,” to glimpse their lives beyond what had happened to them. Yet combing through the mostly legal documents of the US Army in Europe made clear the monumental challenge of this approach. The women I encountered in these records spoke only about rape; official documents and reports left them little room to articulate anything other than the facts of the violence that had befallen them. There were no “voices” here at all.

I hoped that these women’s complex histories would become clearer in local archives in the European cities where they had lived. In September 2017, I visited the Archives of the Prefecture of Police in Paris, and it was there that I found a document that seemed like it might yield something different. I began reading about Henriette, a young woman who came to Paris in November 1944. I learned that she had family in the city but broke off ties with them soon after her arrival. In October 1945, an American soldier solicited her for sex, then assaulted her with a knife, leaving her for dead.

Henriette lived. She told her story to the police from her hospital bed; her fight for her life had produced the record I now held in my hand. She tried to explain what had happened to her: “I was probably dealing with a madman,” she said. I turned these pages quickly, desperate to know more about this young woman’s life. She pleaded with the police not to tell her relatives about her ordeal. What would become of her? What was life like after such hideous encounters with violence?

The historian Arlette Farge, in her meditation on 18th-century police records, talks about what happens when the trail goes cold. All historians face this problem at one time or another. Traces of the past disappear as our subjects wander in and out of archival view. But Henriette disappeared because, four days after her assault, she died. She was 20 years old.

I reckon constantly with this archive of feeling.

In the archive, we work with death all the time, whether we realize it or not; most of our historical subjects are already dead. But it feels different to relive that death with them, to be present for it. To witness their final exit from life and, often, from the archival record, not because they vanished into the vast landscape of history, but because they have been wrenched from it. On the page in front of me, I read the words, over and over: “Mlle . . . (Henriette) est décédée . . . le 14 Octobre 1945.” And then nothing. Though time stretched out between my life and hers, emotions rushed to fill that temporal distance. Her loss stayed with me. For a long time, I stared at the blank page at the end of the police report, a space in which her future might have been inscribed.

This was not the first time that I had felt such a loss, one that is more than the simple, frustrating disappearance of a useful source. It is the accumulated weight of violence that presses on some lives more than others and makes their pasts unknowable in the present. During an earlier research trip, I had examined court records in the National Personnel and Records Center in St. Louis, Missouri—all the same brown color, fragile to the touch, hiding their secrets in dense and clinical jargon. And yet: I turned a page and recoiled. There was a photograph. A woman lay dead in the middle of a dark road. She was prone, one hand by her side, the other tucked beneath her body—but her face was obscured. Someone had drawn a white chalk line around her body to mark its position on the road. It now entered the historical record as evidence of a terrible crime. Behind her, a young man in an ambulance watched over the scene. In the distance, the faint lettering of the Castle and Ball Hotel was visible through the darkness. England. 1943.

In a second photograph, only the woman was visible. Her skirt was pushed up toward her waist. Streams of blood flowed from her body, snaking out in tributaries across the road, toward the camera. Her hair partly covered her battered face, stark white against the blackness of her clothes, the road, the sky.

Amidst bureaucracy lie the visceral vestiges of the past. In St. Louis, almost all of the photos have been removed from files like this one. But sometimes photos are missed; mistakes happen. Or maybe these photos were left deliberately, in defiance of the brutal banality of the paper archive.

Such an archive blurs temporal boundaries. Distance collapses under the weight of this contact—accidental, nonconsensual, obscene—between the living and the dead. We are voyeurs, as Susan Sontag wrote: no one gave us permission to witness this pain.

Amidst bureaucracy lie the visceral vestiges of the past.

I found it hard to unsee what I had seen. Written words, wrenched from their context, reordered by the judicial process, can escape their confines and enter the realm of the imagination. Many of the women in my archive, itself shaped and constrained by legal demands, told stories of strange men who came into their towns at night, pounded on the doors, forced their way into bedrooms. Alone on all of my research trips, isolated in unfamiliar places, I started to imagine that I saw those soldiers too, and found my thoughts turbulent and troubled. It was a distressing reminder that the work we do carries a psychological burden of its own.

The court file had announced the death of Cynthia, “a human being.” Her friend, who was with her that night, was raped, but survived. She was Muriel, “a female person.” A high-ranking general wrote to the young woman who had lived, and the father of the woman who had not, to apologize for what had happened to them. “Words are always insufficient,” he said.

I had forgotten those words, coming across them again only by chance. But the photo had remained with me. “Photographs are a species of alchemy,” Sontag wrote, “for all that they are prized as a transparent account of reality.” This is a particular, and peculiar, rendition of reality, one in which bodies are removed from contexts, from lives, from history. The raped woman is always a victim in such archives, her past life erased, the details now wedged into the court record to illustrate the context of her suffering. These women’s lives seem inexorably to spiral toward this moment of violation and death. Such photographs are excessive in the violence they depict and insufficient in what they can tell us about the past.

To write about such violence is to do a particular kind of history: it is a physical and emotional endeavor, not merely an intellectual one. It is a political effort that, for those who labor in the most extreme of these archives of violence and silence—the archives of slavery, genocide, mass death, forced disappearance—“obliterates the possibility of objectivity,” as the historian Marisa Fuentes has written. For others, who narrate not from a place of silence but, as the scholar Jinah Kim suggests, from the crowd of “spectral beings” that violence leaves behind, we must pay attention both to what is said and to what is unsaid in our texts: the ways that race and gender, status and power, dictate whose stories can be told and whose histories are privileged. We must recognize the archive as a place of feeling while refusing the temptation to allow the depiction of spectacular and intimate violence to stand in for explanation or analysis. We must see the photograph, and the words—we must glimpse each life—and look also for what lies beyond them. This is work that requires constant effort.

Ruth Lawlor is a junior research fellow in history at Queens’ College, University of Cambridge. She tweets @lawlor_ruth.