The Case of Assyrians in Northern Mesopotamia 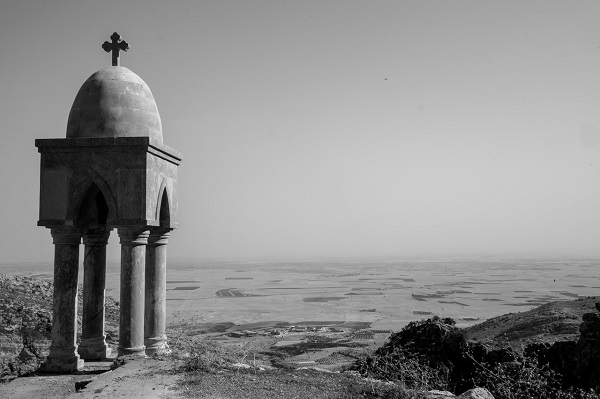 In June 2014, the so-called Islamic State (IS) gave Christian residents of Iraq’s second-largest city, Mosul (ancient Nineveh), an ultimatum: conversion, expulsion, payment of jizya (a tax on non-Muslims), or death. IS marked Christian houses with the Arabic letter nun for naṣara (a Nazarene), and more than 500,000 people were forced to flee the city. Almost simultaneously, the 35 Assyrian villages along the Khabur River in Syria were attacked; many women and children were taken hostage and held for ransom.

Northern Iraq and the Syrian Jezirah are both currently described as Kurdish-controlled or Kurdish-majority regions. True to form, news reports and official statements from politicians and religious figures highlighted the plight of the region’s Christians, but characterizations of their ethno-cultural heritage did not include the fact that the majority of them were Assyrians, an autochthonous people who have lived for over two millennia as Eastern Christians, and for thousands of years earlier as players in the rise and fall of the great Mesopotamian empires.

The media coverage implied two things. On one hand, these reports did aid the Assyrian community in gaining international sympathy briefly, especially from Western Christians, at least as far as all Christians in the region benefited from the visibility. But on the other, Assyrians were not usually named directly in these reports. Their antiquity and distinctiveness remained invisible, drowned out by the focus on the Arab and Kurdish character of the region.

There are three primary reasons for this denial. First, the Kurds continue to command political and popular attention in the region. Their trials and tribulations are real, but they outshine others because of their geopolitical significance—now largely accepted in such spheres as academia, media, culture, and literature. Second, the Kurds are viewed as the major ethnic group in the region without a homeland. Third, additional communities are either lumped into the conversation about the Kurds or are described as religious minority groups, such as Christians or Yezidi.

This misunderstanding has important consequences, not only for Assyrians but also for human history. Statuary, wall reliefs, churches, and shrines that have been standing for millennia, artifacts of the Assyrians’ ancient past, are also irreplaceable components of world heritage. Before Iraqi forces ousted IS from Mosul last summer, Islamists managed to destroy many Assyrian antiquities. In one video, a spokesperson from the IS media office for the Mosul/Nineveh Province narrates in Arabic the destruction of antiquities dating to the historical period before the prophet Muhammad, or the age of jahiliyyah (ignorance). The forced mass exodus from the city separated Assyrians from the land of their ancestors.

In the wake of this destruction, Assyrians have increased their claims to indigenous status, but being separated from their ancestral lands and communities makes international recognition of their case less probable: rights are harder to assert in this context, especially for a transnational people. Moreover, unending conflict in the homeland makes mass displacement and emigration the only means of survival for a transnational ethnic, religious, and cultural minority. Assyrians are not recognized by any constitution or regime in the region as a distinct ethnocultural group, and when they are mentioned, it is only in terms of their sectarian religious identity.

But Assyrians face obstacles in their claims of indigeneity that are vastly unlike those of indigenous communities in Western countries. Assyrians’ attempts to seek indigenous rights—accommodated under the United Nations Declaration for the Rights of Indigenous Peoples (2007)—are rejected due to regional tensions and rivalries. The United Nations Permanent Forum for Indigenous Issues (UNPFII) provides a platform for elevating indigenous voices to the international arena and for highlighting their culture, history, and claims to land. In 2014, the Assyrian Aid Society (AAS) represented Assyrians at the 13th session of the UNPFII. The organization outlined the indigenous heritage of the Assyrian peoples, the necessity for recognition from their host state, and the overall goal of autonomous governance to help preserve Assyrians’ culture and history within the Iraqi political system.

After the IS attacks on Mosul, media focus on the Arab and Kurdish character of the region erased the Assyrians.

But the Iraqi response to Assyrian claims to indigenous status—and indeed to all ethno-religious minorities of Iraq who have made such claims—was outright denial.1 What’s more, at the 2014 UNPFII session, Assyrians were yet to experience the force of IS attacks on Mosul. Even afterward, when the Yezidi delegation joined forces with the AAS in 2015, the Iraqi position remained unchanged. As has been seen in the past few months with the Kurdish vote for independence, the Iraqi government fears that claims for independence will threaten the nation’s stability. Hence, there are officially no indigenous peoples of Iraq. Formal political channels have made Assyrians’ position ambiguous at best.

This situation finds echoes in the academic realm, where there is little attention to the legitimacy of indigenous claims in the Middle East outside of debate on the Israel/Palestine question. Generally, discourse about indigenous issues works within a European colonial and postcolonial paradigm—that is, case studies of peoples colonized by Europeans dominate the literature, from Native American nations to the Ma’sai of Kenya to the Temuntikans of Costa Rica.

Indigenous peoples such as the Assyrians break the mold of the discussion, because the actions of European colonizers form only one part of the group’s history. Briefly, Assyrians were colonized by the British and French, as were most other Middle Eastern peoples. They had also experienced colonization in a different context at the hands of Western Catholic and Protestant missionaries, who were unable to make much headway in predominantly Muslim communities. Even earlier, Assyrians had experienced multiple waves of Arab/Islamic colonial conquest. They now live amid a burgeoning Kurdish nationalist project. In other words, colonization is not a solely European-oriented matter.

Most of the voices that have addressed indigeneity in the Middle East have arisen from the debate over the Israel/Palestine question.2 In academic circles, the leftist argument for a native-Palestinian narrative squares off against an analysis that supports the Jewish claim to the “land of milk and honey.” But leftists often see Israeli subjection of the Palestinian community as Western colonial action, enfolding it into the normative discourse about indigeneity. Similarly, among leftists there is a propensity to see the Palestinians (and interestingly, more recently the Kurds) as victims of oppression but also as heroes—people who actively resist Western colonization. Middle Eastern indigeneity, it seems, doesn’t exist without a Western gaze.

In this way, limiting the concept of Middle Eastern indigeneity not only fails to acknowledge the many indigenous peoples of the region, it also inadvertently legitimizes their persecution. In the Assyrian case, it may be that few know about them or their case because their movement has refrained from violence.

Looking forward, how can Assyrians and other indigenous groups find a place in the Middle East and in their homelands? Recognition and reconciliation require that both parties—the dominant and the indigenous—agree on their roles within the national structure. As long as Middle Eastern states do not recognize Assyrians and other peoples as indigenous, the process cannot commence; first peoples will be unable to negotiate in the political forum as long as their host countries monopolize their rights.

The configuration of the current Middle East does not allow for the cathartic opportunity of reconciliation, leaving acts of past aggression, massacre, and even genocide unrecognized and erased from history. Assyrians lack official recognition of their ethnocultural existence in all of the Middle Eastern states containing portions of their homeland: Iran, Iraq, Syria, and Turkey. This restricts Assyrians’ rights. Without recognition, no case can be made.

Due to internal conflict and the continued Western/Eurocentric gaze, the Middle East has been seen as an exceptional case and is thus absent from many discussions of indigeneity. This lacuna brings into question our own scholarly analyses, as well as our very integrity. As scholars, we must extend to the histories of Middle Eastern indigenous peoples the same urgency we bring to more normative cases—of communities resisting European colonization—by accepting that there is more than one historical framework through which to see indigenous peoples.

Sargon George Donabed is associate professor of history at Roger Williams University. He is the author of Reforging a Forgotten History: Iraq and the Assyrians in the Twentieth Century. Daniel Joseph Tower is a PhD candidate in the Department of Studies in Religion at the University of Sydney. He is the co-editor of Religious Categories and the Construction of the Indigenous.

1. The Iraqi delegation’s official position is that Iraq does not have an indigenous people; instead, it has various ethno-religious minorities. This position, however, stands in contrast to the definition of “indigenous peoples” set out in the United Nations Declaration of Rights of Indigenous Peoples.

2. There has been some discussion of Armenians’ claims, including to land in Turkey, but this has been largely a legal response to genocidal acts and mass expulsions, separate from any rubric specifically concerning “indigenous” rights.