From the Executive Director , News

"Safe From" and "Safe For": Academics, University Culture, and "Campus Carry" 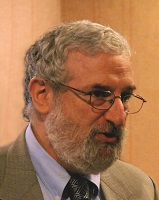 Last month the American Historical Association joined with 28 other scholarly societies in a statement that opposes legislation designed to facilitate the carrying of guns on college campuses—commonly known as “campus carry.” Despite variation from state to state, the general purpose of such legislation is to make it difficult, if not impossible, for institutions of higher education to prohibit licensed gun owners from carrying concealed weapons on campus.

Published in this issue of Perspectives on History, the joint statement derives from a concern that the presence of concealed weapons on campus is both chilling to academic freedom and a threat to physical safety. Standing in front of a classroom or filling out a grade sheet, instructors confront the possibility of student dissatisfaction; in an environment where state law has combined with local culture not only to legalize but also to legitimate the presence—and hence the use—of lethal weapons, the implications of this dissatisfaction escalate. Conflict over evaluation and interpretation is an aspect of teaching that comes with the territory but should never include even the possibility that a concealed weapon is part of the equation. Additionally, and perhaps more importantly, students ought to feel safe to engage in heated discussions without worrying about whether a strongly held opinion, a short temper, and a concealed weapon might combine in a deadly way. Neither faculty nor students can ignore the reality of college campuses as mostly open spaces, accessible to anyone, especially on foot or bicycle. The current revival of campus activism coincides with elevated gun violence across a wide spectrum of public venues, including all levels of educational institutions. It therefore makes no sense to tie the hands of administrators charged with maintaining a safe environment for intellectual inquiry.

Academia plays a particular role in American life, as a site of learning and a home for research. To protect these incubators of new ideas, administrators need the authority to shape rules that prevent individuals from bringing guns into these “safe spaces.”

Indeed, the recent wave of student protests offers an important context for the consideration of the idea of a “safe” campus. Academia plays a particular role in American life, as a site of learning and an institutional home for research. Both of these require freedom to take risks, freedom to experiment. Whether that experimentation takes place in the classroom, the laboratory, or arenas of political protest, administrators need the authority to shape rules that prevent individuals from bringing guns into the “safe spaces” of the academy, in order to protect the ideas of all.

The idea of “safe space” has itself become controversial lately. What should not be controversial is that higher education ought to offer an environment safe from certain things—most especially lethal weapons—in order to be safe for other things, especially the process of learning. There is no evidence that guns enhance learning. There is considerable evidence that an atmosphere of open inquiry, free from the threat of physical danger, provides a fertile terrain of inquiry.

In making this statement, the AHA is not taking a position either on gun control as a larger issue or on the interpretation of the Second Amendment. While we encourage our members in any state considering “campus carry” legislation to speak out against such legislation, we also encourage all historians to bring historical perspective to the broader debate itself. Everything has a history, including the Second Amendment, gun culture, the gun industry, and violent crime. Intelligent public policy, whether through legislation, administrative actions, or jurisprudence, requires appropriate and informed attention to historical context.