Putting the I in BIPOC

In recent years, land acknowledgments have become the lightning rod of introductions at academic talks and keynote addresses, as well as email signatures. Everyone wants to know how to do them correctly, and no one is quite sure of the answer. 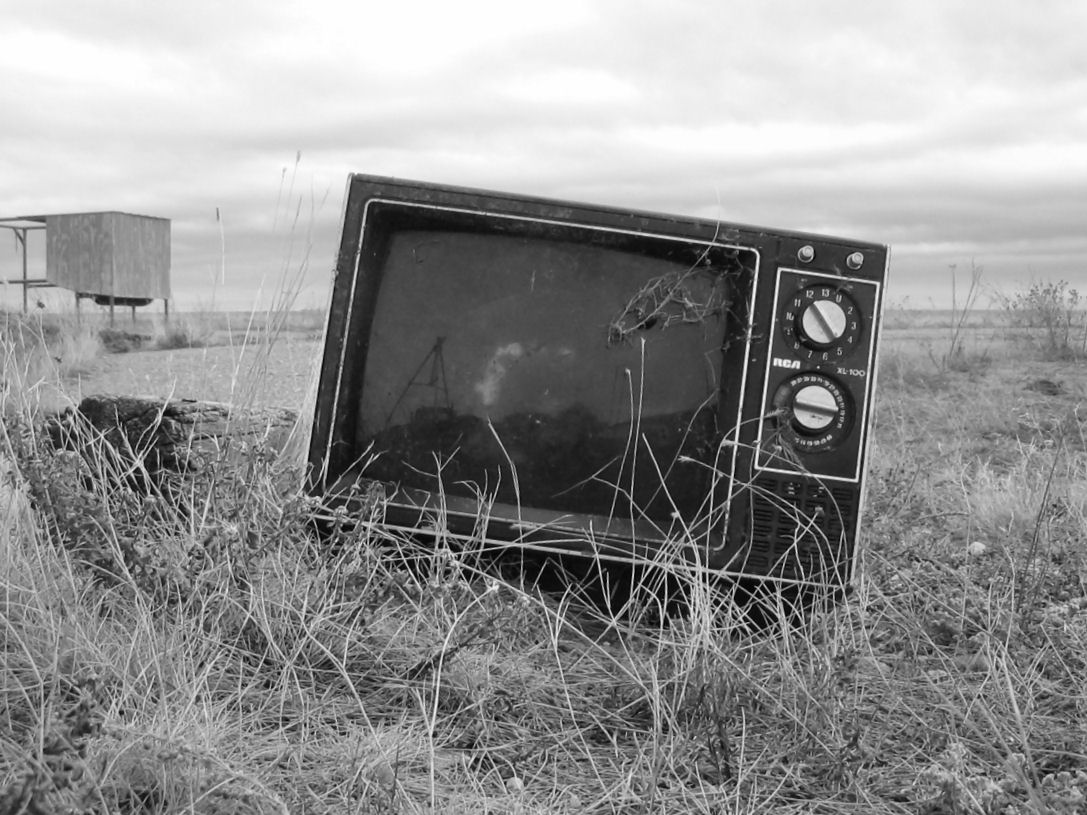 In 2021, we finally got to see Native representation on American TV outside of the western genre. the autowitch/Flickr/CC BY-NC-SA 2.0

These debates have now hit the small screen. In the fifth episode of Rutherford Falls, a television show that began streaming on Peacock in 2021, Terry Thomas brings his own microphone to the titular town’s history fair and gives an uninvited land acknowledgment in the Mohawk language. Deirdre Chisenhall, the first African American female mayor of Rutherford Falls and Terry’s nemesis, stands in stunned silence, directing awkward smiles toward the audience. Terry speaks at length as Native crowd members listen with great empathy and emotion to his passionate speech. The speech is meant to feel long, and him speaking in Mohawk makes it feel even longer for non–Mohawk speakers. He drops untranslatable words like genocide and unemployment in English, bringing expressions of disgusted agreement from the crowd. Each time he uses English, Terry’s words express loss and damage to Native communities. When Terry glances at Deirdre, she looks guilty, cast into the role of settler along with all non-Natives at the history fair. This scene captures what land acknowledgments might feel like for Native audiences, who are shown engaging with the content, while non-Natives clasp the arms of their chairs and wait for it to end.

Native experience is also central to Reservation Dogs, another 2021 comedy series, which airs on FX. Both shows place Native people in the immediate present and tell stories steeped in humor and conflict. Filmed on the Muskogee reservation, Reservation Dogs is a hilarious and quirky immersion in Native Oklahoma, focusing on four teenagers, all of whom are Native, poor, and deeply loyal to one another, struggling to overcome grief and to find a way out of Oklahoma. Rutherford Falls, set in a fictional town located near a reservation in upstate New York, centers Reagan Wells, a Minishonka woman who returns to Rutherford Falls, her Native community, and her complicated friendship with Nathan Rutherford, a white man whose mission in life is to create pride in the Rutherford family. Together, these shows tell audiences that Native people are very much present, engaged, and funny in the 21st century.

The significance of these shows lies in their cast and creators. Both shows are written by Native people and have largely Native casts. Moreover, their narratives center Native characters, telling powerful and meaningful stories about their lives. Historically, it has been rare to find Native stories on TV. American television in many ways embraced the western genre, in popular shows such as The Lone Ranger (1949–57) and Gunsmoke (1952–61). Like western films, these shows centered white male protagonists, while Native characters, only sometimes portrayed by Native actors, held supporting roles. These shows garnered significant and long-lasting support, and their plots and characters satisfied consumers. They transcended age boundaries as well, appealing to younger audiences who played “cowboys and Indians” as much as to their parents, with a reliance on a ubiquity of stock, narrow, and often negative depictions of Native people. Native characters showed up in midcentury science fiction shows as well, but the mainstay of their portrayal on mid-20th-century TV was the western.

Historically, it has been rare to find Native stories on TV.

Native people often made onetime appearances on shows that did not engage primarily with Native characters, themes, or content. I Love Lucy (1951–57), The Andy Griffith Show (1960–68), The Beverly Hillbillies (1962–71), and F Troop (1965–67) are examples of this trend. These shows, on the whole, engaged a narrative of nationalism in which America’s past and present are bucolic ones. In the 1970s, ’80s, and ’90s came shows like The Brady Bunch (1969–74), Barney Miller (1975–82), Diff’rent Strokes (1978–86), and Saved by the Bell (1989–93), which also brought in Native characters briefly and episodically to confirm a multicultural television landscape. King of the Hill (1997–2010) made a stronger statement, featuring John Redcorn, a recurring character who both perpetuated and challenged older stereotypes of Native people on TV. The PBS series based on Tony Hillerman’s novels, which included Skinwalkers (2002), Coyote Waits (2003), and A Thief of Time (2004), challenged previous stereotypes too.

Debuting within months of each other in 2021 on mainstream platforms, Reservation Dogs and Rutherford Falls generated a seismic media shift. Two shows with Native content, casts, and writers appearing together for television audiences felt like the ground had moved in meaningful ways. The last time Native people entered mainstream conversations was in 2016, with the protest against the Dakota Access Pipeline. As some Americans began using BIPOC—Black, Indigenous, and people of color—to describe minoritized communities in 2020 and 2021, and in the wake of global protests against white supremacy and police violence, some began to search for ways to amplify the I in BIPOC. Considered together, these shows tell TV audiences that Native stories present incredible variety, entering virtually any genre to tell uniquely Indigenous stories. For many, they offer images long overdue, and their release in the same year made the addition that much more powerful. The stars of Reservation Dogs in the pilot episode: (L to R) Paulina Alexis as Willie Jack, Devery Jacobs as Elora, D’Pharaoh Woon-A-Tai as Bear, and Lane Factor as Cheese. FX on Hulu

In spite of Native workers in Hollywood being told for years that American audiences had no interest in Native stories, Reservation Dogs and Rutherford Falls have received widespread praise. Media outlets large and small, Native and non-Native, have reviewed the shows highly and published articles on the cast, crew, and story lines. The shows’ Native fan bases also produced a remarkable chorus of appreciation. Not since the film Smoke Signals (1998) have Native people embraced and promoted Native media so extensively, spreading their support through social media and word of mouth.

Perhaps because of the widespread embrace of streaming services, television seems to be outpacing films in popularity. Many speak of consuming multiple episodes in one sitting, and this can only be done with a TV series. Verbiage from TV shows makes its way quickly into the mainstream; for example, Reservations Dogs’ fry bread song immediately echoed across the internet. In that way, TV holds an immediate access to our collective consciousness.

Native people deserve to be part of that collective, to see themselves in media—and Native people who work in television deserve amplification, respect, and future opportunities. American TV and film took up the 19th-century impulse toward characterizing Native people in predictable ways, even as Native people wrestled with that imagery. In a sense, these new shows make reparations for the harm done to Native people by TV of the past, in which a Native person was often alone in an otherwise white cast. Tremendous talent, including scores of graduates of the Institute of American Indian Arts, lay underutilized throughout Indian Country over the course of the 20th century, and these shows highlight this rich resource in storytelling, humor, and acting. For decades, Native people have been requesting Hollywood hire Native people for Native parts, and those calls are finally being met. Shows with Native writers, actors, producers, and directors are here to stay, and we are all better for it.

In a sense, these new shows make reparations for the harm done to Native people by TV of the past.

Much of the advertising for Reservation Dogs features its four teens, Willie Jack, Elora, Bear, and Cheese, walking directly toward the camera, wearing vintage black suits with white button-downs and ties. This shot comes from Reservation Dogs’ first episode, which ends with a somber memorial held by the four friends to mark the one-year anniversary of the death of Daniel, the fifth member of their squad. Together in what functions as their lodge in an abandoned commercial real estate site, they gather around a small altar with his photo, cedar, a bandanna, and spray paint for graffiti. As the four friends smudge themselves with cedar smoke, they face the altar with tremendous emotion.

This scene demonstrates the deep bond these kids have with one another and their friend who has passed on, adding to the sense that we are seeing the inner worlds of these four struggling Native kids in Oklahoma. Native audiences took note of this powerful scene and visual aesthetic. On Halloween in 2021, Native parents dressed their kids up as the four-member squad from Reservation Dogs, proudly donning the same dramatic look as the stars. These families deserve this at Halloween: a moment when their kids can emulate Native television characters with pride. Indian Country has finally gotten the shows they have always wanted.

Liza Black is a citizen of Cherokee Nation and a visiting scholar at the University of California, Los Angeles. She tweets @_Liza_Black.