Historians on Climate Change and the Anthropocene 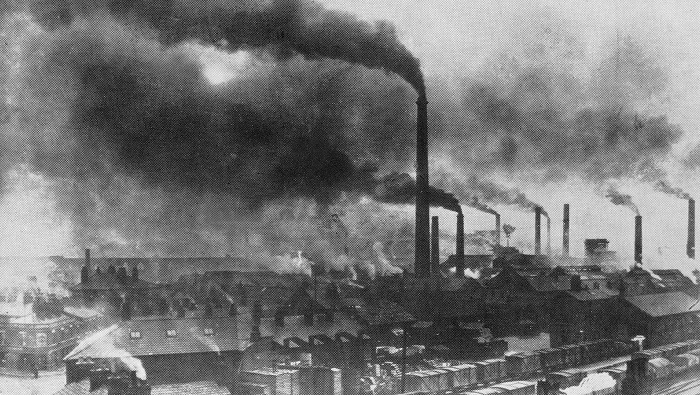 On January 18, the National Oceanic and Atmospheric Administration and NASA confirmed 2016 as the hottest year on record. Just two days later, Donald Trump, who once tweeted that global warming is a hoax created by China for its own benefit, was sworn into office as president of the United States. Among the first actions of his administration was to commit to eliminate President Obama’s “harmful and unnecessary” Climate Action Plan. But besides the uncertainty that lies ahead, climate change has a history, one that is wrapped up in the enormous impact humans have had on the environment. Scholars in the increasingly visible field of climate history have been thinking both about the dynamic interaction between humans and weather fluctuation historically, and about the contributions they can make to the public conversation on climate change.

At the January 6 AHA annual meeting session “New Directions in Environmental History: The Anthropocene in History,” a group of scientists and historians gathered to discuss the history of humanity’s long relationship with the earth’s land surface. Jed Kaplan, a paleo-ecologist and spatial modeler from the Institute of Earth Surface Dynamics at the University of Lausanne, started the conversation by pointing out one specific problem that historians could help solve—that “of defining the start of a geologic epoch.” Kaplan was referring to the Anthropocene, defined by the irreversible impact of human activity on the planet’s natural systems, and as of now only provisionally accepted by geologists.

The concept of the Anthropocene has recently gained popularity with scholars in the humanities as well as the natural and social sciences. It has also edged its way into the mainstream as a useful catchall for a host of threats—global warming, natural resource depletion, ocean acidification, and food and energy insecurity, to name a few—caused by the human forces of land use, colonization, urbanization, industrialization, and globalization. Kaplan is not the first to suggest that historians ought to be involved in defining the Anthropocene’s limits. While there is broad consensus that human activity has decisively altered the planet, the question of when exactly that alteration began remains up for debate.

This is precisely where historians can help—by adding layers of context to scientific evidence that suggest several possible starting points. Some agree with the hypothesis Kaplan presented: that if the Anthropocene is to be defined by human influence or agency on the biosphere, historians ought to consider the earliest example—the “first land use revolution” of fire among hunter-­gatherers that caused “large-scale transformation” across the European peninsula 21,000 years ago. Others contend that the start date ought to be the spread of agriculture in the early Bronze Age. In 2015, geographers Simon L. Lewis and Mark A. Maslin proposed the year 1610, citing the dip in atmospheric carbon dioxide prompted by the decimation of Native populations after 1492. Among the most supported suggestions is the onset of the Industrial Revolution in the 18th century, but there is also evidence to argue for the “Great Acceleration” of energy use, population growth, and greatly increased greenhouse gas emissions following World War II.

For historians, however, the Anthropocene is only one scale at which to study the history of the earth’s climate. Another is the hyper-local, as with responses to extreme weather events. Climate, while not deterministic of culture or behavior, is hugely important in the development of societies, and historically, societies have been “vulnerable to very small changes,” says Dagomar Degroot of Georgetown University. Whenever a state or community has been forced to adapt to an unstable climate, the particulars of that adaptation—and its success or failure—have depended on a host of factors, from geography and dependence on certain natural resources to economic arrangements, political priorities, and social structure.

Degroot gives the example of the Little Ice Age (1565–1720), during which the Dutch thrived while cultures reliant on agriculture suffered. This was in part because the Dutch economic system relied heavily on trade with other regions of the world and because the Dutch were able to turn to peat and wind, accessible alternative energy sources “that allowed them to exceed boundaries of the economies that surrounded them,” explains Degroot. He hopes that sharing evidence of resilience in response to climate change, as well as examples of failure, will help people think about ways of adapting to the planetary warming we are already “locked into.”

By focusing on the political, social, and economic history of climate change, historians can also help disseminate information about the causes and consequences of climate change in ways that their colleagues in the natural sciences might not be trained to. Information about climate change, for example, is often publicly communicated in graphs of greenhouse gas concentrations or visualizations of rising sea levels, mediums that do little to ground those threats in people’s daily lives. Mark Carey’s (Univ. of Oregon) In the Shadow of Melting Glaciers: Climate Change and Andean Society (2010) argues that in its focus on scientific climate reconstruction and future climate modeling, research has “overlooked the human aspects of climate change, thereby limiting our understanding of how people actually respond to it.” Carey writes, “People respond to climate change based not only on their scientific knowledge of environmental processes, but also on their worldviews and social relations.”

But Kavita Philip (Univ. of California, Irvine), the single historian who spoke in the session about the Anthropocene at the annual meeting, urged caution when crafting environmental narratives. Too often, she said, these narratives focus on “dramatic weather events for inspiring action” that employ a broadly threatened “we” who ought to care about the future. She questioned who that “we” includes, likening it to an “18th-century ideal type, the humanist figure of man.” Instead, she focused on complicated, local stories of the interaction between communities and their environments.

Climate history is still a small field. As Sam White (Ohio State Univ.) explained in an interview, even though most environmental history involves science, studying climate history requires a working knowledge of the specific vocabulary of climate science. This is challenging, but it also opens up opportunities for interdisciplinary collaboration. Scientists and historians have already forged some mutually beneficial relationships when it comes to studying climate history. As environmental historian John R. McNeill (Georgetown Univ.) explains, historians can “frequently add new data points and refine older ones by ferreting out textual evidence” in instances where data obtained from natural sources like tree rings and ice cores is spotty. Furthermore, as White explains, because historians of past climates must become familiar with different kinds of evidence to do their work and are trained to tell stories, they are also particularly well equipped to communicate across the many subdisciplines that comprise climate science.

After a third straight year of record-setting temperatures, exploring the history of humanity’s impact on and response to the climate, whether at the smallest or the largest scale, is more important than ever. Working on a topic that has reverberations in the unfolding crisis of global warming demands interdisciplinary conversations of the kind that took place at the annual meeting—where the historian’s knowledge of the past can offer, as Degroot puts it, “new ways to think about the future.”

Sadie Bergen is assistant editor at the AHA. She tweets @sadiebergen.

For more information on climate history and current scholarship in the field, visit The Climate History Network and HistoricalClimatology.com.