Amina Hassan is an author and adjunct faculty member at California State University, Northridge, and has been an AHA member since May 2005. 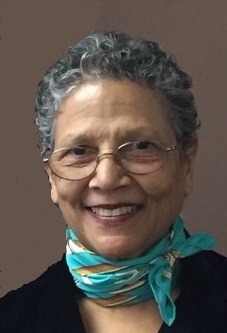 Describe your career path. What led you to where you are today? I have always been curious about the past and how it influences people’s present behavior. When I was a child, I would spend my Saturdays at the Los Angeles Public Library, and read the works of prominent African American writers like Langston Hughes. This sparked my love of reading, researching, libraries, and politics. By the time I was 19 years old, in the 1960s, I was producing a broadsheet with community news that I distributed among black neighborhoods. Later, I became a public radio documentarian and producer, and most recently an award-winning author. I have spent most of my career shedding light on injustices to promote positive change. I believe that knowledge is power, and we benefit as a society by sharing untold stories of the past and present.

My perspective and interests were shaped by my parents. My father taught me that all struggles for justice are interconnected, and discrimination is not just an African American problem. His father emigrated from Sri Lanka, and had been barred from US citizenship under the Chinese Exclusion Act at a time when this country was particularly unwelcoming to Asians. My mother was a teacher and my father was an engineer and, when they moved to an all-white section of Los Angeles in 1944, an anonymous neighbor left a threatening letter in their mailbox. After my father died, I saw the letter. It ended with, “ . . . you may enjoy a great satisfaction in getting in where you are not wanted but the surge of resentment is mounting against you. If that’s what you want. It’s yours.” Hearing similar stories happening today under our current president reminds me that there is still much progress to be made.

What do you like the most about where you live and work? Southern California and particularly Los Angeles, is where I grew up. It is the place I know best, where I share a culture and other people look like me. However, I visit Washington, DC, frequently. It is an information junkie’s paradise with the Library of Congress being the largest library in the world as well as the National Archives and Records Administration.

What projects are you currently working on? I have just begun my new book project on the three founders of the largest black-owned insurance company in the western United States, Golden State Mutual Insurance Company (GSM). This book will take an in-depth look at GSM’s development and growth, its commitment to providing dignified employment and protection to policyholders, and its cooperation and competition with other black-owned insurance companies. GSM also made a significant contribution to African American art and culture by establishing one of the largest African American art collections in the nation. Unfortunately, after years of economic decline in more recent history, the company was forced to auction off its art collection in 2007 before being taken over by a Canadian insurance company two years later.

Have your interests evolved since graduation? If so, how? After receiving my doctorate, I wanted to write a book on a topic that had meaning for me. In 2015, I published my first book, Loren Miller: Civil Rights Attorney and Journalist. My decision to write a biography on Loren Miller was sparked after recalling a story of discrimination that my father had told me. He was a postal carrier and was in the company of two white coworkers; all three were in uniform. My father was refused service, so all three walked out. After this incident, he turned to Loren Miller, who was a well-known LA attorney at the time. Miller succeeded in getting each of them a settlement of 100 dollars, which was standard for the time. Alongside Thurgood Marshall, Miller argued before the US Supreme Court, effectively abolishing racially-restrictive housing covenants and much more. I was thrilled to recently receive a book award from the Historical Society of Southern California.

What’s the most fascinating thing you’ve ever found at the archives or while doing research? While doing research for my book at the National Archives, I discovered that one of Miller’s relatives who had been a slave and fought in the Civil War, later hired a lawyer for his pension claim. What I found particularly fascinating were the medical examinations for the claim. It included information on his physical condition as well as his height, skin color, and hair type.

Is there an article, book, movie, blog etc. that you could recommend to fellow AHA members? Two films, The Boy with the Green Hair (1948) and Antonia’s Line (1995), and www.commondreams.org, a news media source for the progressive community.

Why is membership in the AHA important to you? I look forward to receiving my copy of the AHA’s Perspectives on History as well as the American Historical Review. Both publications keep me current on the latest news in historical scholarship.