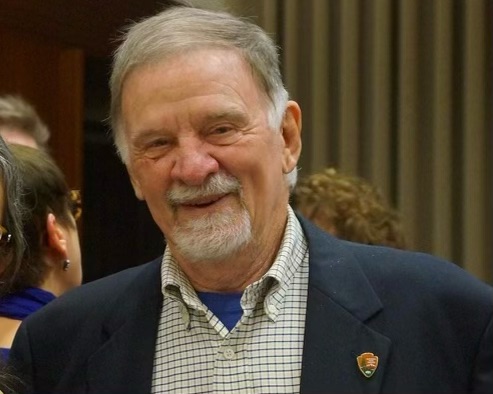 A historian of early America and of race in the United States, Gary B. Nash’s 33 books and many articles helped to redefine the field. In his textbook Red, White, and Black: The Peoples of Early America (Prentice Hall, 1974), now in its seventh edition, he described a colonial America in which diverse peoples met; in The Urban Crucible: Social Change, Political Consciousness, and the Origins of the American Revolution (Harvard Univ. Press, 1979), shifting urban radicalism in Boston, Philadelphia, and New York explained the lead-up to the American Revolution; and a host of books explored the history of race and the lives of African Americans. He also had an abiding interest in the Quakers, the topics of both his first book and his last. Gary’s work brought attention to the struggles of ordinary people as they tried to create better lives, and he ranks among the most prolific historians of any generation.

Gary was one of the great treasures of the University of California, Los Angeles (UCLA), a faculty member from 1966 until his retirement in 1994. A mesmerizing lecturer, acknowledged with UCLA’s Distinguished Teaching Award, he drew students from across majors to learn about early America and the history of race. In the aftermath of the Watts uprising, he created a class on racial attitudes in America that drew on the expertise of multiple faculty. As a graduate mentor, he was tough and supportive; students gathered monthly in his home to critique dissertation chapters and enjoy a potluck meal. He believed passionately in UCLA as a state school that opened its doors to all students and as a result abhorred recent reductions in the size of the graduate program.

He felt a profound obligation to speak to the wider public about the American past. Decades before the current discussions of critical race theory, Gary debated Lynne Cheney, then chair of the National Endowment for the Humanities, to bring a more honest, self-critical narrative of American history into schools, intent on enriching democracy rather than stifling it. In his retirement, he oversaw UCLA’s National Center for History in the Schools, which promoted the teaching of US and world history. He worked with teachers to create history education standards and curricular aids, hosting workshops and speaking around the country. He authored a textbook that told the history of the United States as a story of its diverse people (The American People, Harper & Row, 1986). Gary also contributed his expertise to the National Park Service, including its interpretation of revolutionary Philadelphia, the city of his birth.

Gary’s commitment to a scholarship from below (as the New Left historians had it) was mirrored in his dedication to better society. In fact, he frequently spoke to his students and others of the role of education in bringing about racial justice. He took great pride in his role as chair of the defense committee when then governor Ronald Reagan tried to force UCLA to fire Angela Davis in 1969–70. FBI agents visited his office seeking information about which bank held the funds faculty had raised to pay Davis as a lecturer after her contract was terminated. In 1972, he allied with Hayden White on a lawsuit to prevent plainclothes police from infiltrating the UCLA campus. The California Supreme Court ruled unanimously in White’s favor. Galvanized by racial injustice, he supported initiatives including Operation Bootstrap, which promoted Black entrepreneurship and community-based economic cooperation in South Los Angeles. He recalled that the group acquired several gas stations, launched a daishiki factory, produced a play by Edwin Baldwin called A Glass House Shattered at schools and churches all over California, founded a day care center, and held consciousness-raising sessions. In addition, Gary worked for fair housing in his Pacific Palisades neighborhood. Gary’s legacy as a scholar-activist will be long lasting.

He leaves behind his wife of 40 years, Cindy Shelton; four children; nine grandchildren; and a vast network of friends and fellow scholars.