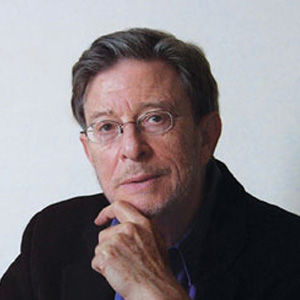 Stephen F. Cohen, called “the most controversial Russia expert in America” in a 2017 Chronicle of Higher Education profile, died on September 18, 2020, at the age of 81. But long before his commentary in outlets such as The Nation and CBS brought him public notoriety, he was a maverick in Soviet history during its most formative period in the US academy.

Cohen’s landmark book Bukharin and the Bolshevik Revolution: A Political Biography, 1888–1938 (Vintage Books, 1973) became central to debates about the New Economic Policy (NEP) and Stalin eras that were long the center of gravity in the field. Rethinking the Soviet Experience: Politics and History since 1917 (Oxford Univ. Press, 1985) broadened the leitmotif of his work—Bolshevik alternatives to Stalinism—and cemented his own distinct position within what became known as revisionism.

Cohen was a charismatic teacher, a longtime proponent of détente and relentless critic of US foreign policy, and a rare academic philanthropist in Slavic studies. He forged a close bond with Bukharin’s widow, Anna Larina, giving her an archival copy of the last letter the Bolshevik theoretician wrote to her. A self-styled provocateur in debates at home, Cohen became the confidante of a wide array of gulag survivors, dissidents, intellectuals, scholars, and reformers in the USSR and Russia.

In the 1980s, Cohen became something of a historical figure in his own right as his Bukharin, translated abroad, influenced key Soviet architects of reform. In 1989, Mikhail Gorbachev—later a personal friend of Cohen and Katrina vanden Heuvel, Cohen’s second wife and publisher of The Nation—invited them to the Lenin Mausoleum to review the May Day parade on Red Square. In that symbolic moment, the scholar occupied the space traditionally studied by Kremlinologists.

Cohen first visited the USSR in 1959 at the age of 19. Raised in Kentucky, versed more in pool and ponies than in politics, he jumped on a monthlong boat cruise with a group of Fabian Society pensioners. At Indiana University, where he received his BA and MA in 1962, he studied with Robert C. Tucker. After earning his PhD at Columbia University, Cohen joined his mentor Tucker on the Princeton University faculty in 1968. After 30 years, he moved to New York University, where he remained from 1998 until his retirement in 2011, maintaining close ties with Columbia University’s Harriman Institute. In a freewheeling 2017 interview with the Harriman Institute’s Oral History Project, Cohen recalled how Tucker probed his intellectual and historical outlook to uncover his vocation: “There’s your subject. The great unexplored topic, very few of us work on it—alternatives in Soviet history.”

Bukharin opened up the field precisely because the dominant “totalitarian school” had posited inexorably direct lines between Leninism and Stalinism. But Cohen’s work also delved in revelatory ways into the political, ideological, and economic debates of NEP. Cohen’s fierce anti-Stalinism and focus on political history led to disagreements with a generation of revisionist social historians who posited support for Stalinism “from below” and explored new types of continuities between the 1920s and 1930s. Many of Cohen’s nine other books and edited volumes explored alternatives, dissenters, and the friends and foes of reform in later periods.

When I took Cohen’s Soviet Politics course at Princeton in 1984, he held an auditorium of 400 undergraduates spellbound. I myself dissented from his counterfactual approach. But students debated it intensively as Cohen conveyed the high stakes and broad cultural-historical understanding of Russia/USSR needed to join the conversation. That course prompted me to pursue a career in Russian history.

In the 2010s, Cohen became controversial on a much broader scale for disturbing stances on Crimea, Putin, and Trump. He was publicly vilified, and the Association for Slavic, East European, and Eurasian Studies initially rejected a gift from vanden Heuvel and Cohen to fund dissertation research in Russian historical studies. But the uproar caused them to reverse course, to found the Cohen-Tucker Fellowship Program in 2015. It was not our finest hour. Even if many vehemently opposed his late political views, Stephen F. Cohen had surely earned the right to speak and to support future scholarship in the field.