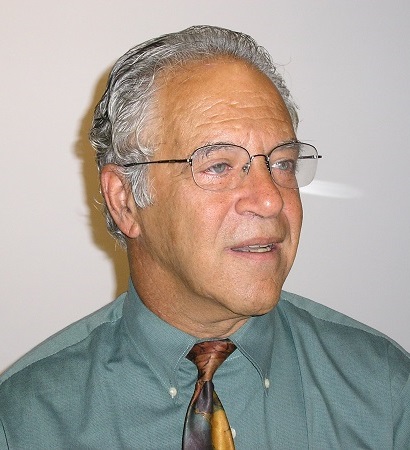 Clifford Adelman, a leading researcher on the conditions of US and global higher education, died on May 3, 2018, at the age of 75. Adelman’s work combined comprehensive, data-based analysis with a meticulous eye for the language of research arguments, setting the stage for efforts such as the American Historical Association’s Tuning project, an initiative that helped transform disciplinary approaches to teaching and learning.

An undergraduate English major at Brown University from 1960 to 1964, Cliff earned a master’s in the same field in 1968 at the University of Chicago. He then completed his doctorate in 1976 at Chicago’s History of Culture program. Cliff taught at Roosevelt University, the City College of the City University of New York, and Yale University, followed by an appointment as associate dean at William Paterson College of New Jersey. He then moved to the US Department of Education, where, from 1979 to 2006, he rose to the rank of senior research analyst, examining data on institutional and student trends and producing over a dozen major studies. Remaining in Washington, DC, Cliff worked with the Institute for Higher Education Policy (IHEP) from 2006 to 2017. As senior associate, Cliff extended research into educational innovations and debates both at home and abroad. For his contributions to higher education studies, he received the 2001 Special Merit Award from the Association for the Study of Higher Education and the 2005 Sydney Suslow Award of the Association for Institutional Research.

Over nearly four decades of research, Cliff offered reflective approaches to accountability, rigorous examinations of assessment, an informed commitment to equitable educational opportunities, and a comparative, international perspective on teaching and learning. Suspicious of conventional wisdom and shallow thinking (which Cliff often considered the same thing) and committed to the detailed examination of available data, his studies held true to the principle he stated in a 1999 report, Answers in the Toolbox: “a fierce empiricism will validate common sense.”

His work in the Department of Education addressed questions about degree completion, student mobility, remediation programs, transcripts, and the contributions of community colleges. At IHEP, Cliff’s attention took a global turn with influential reports on the transformation of university systems across Europe through the Bologna Project. The program, launched by 29 ministries in 1999, sought to break down walls dividing European university systems and create more harmonious, comparable approaches to curricula, credits, degrees, and transferability. Universities responded in 2000 with Tuning, a faculty-led process to design degree programs through shared sets of learning outcomes in different fields. Discipline experts worked to create a common understanding of what students should know, understand, and be able to do in a completed program of study. Faculty engaged with policymakers, employers, and the public on the work of higher education. And participants helped students understand the knowledge and the transferable skills developed through study in a discipline. In a 2008 report, Cliff described the Bologna program as “the most far-reaching and ambitious reform of higher education ever undertaken.” He believed that “the core features of the Bologna Process have sufficient momentum to become the dominant global higher education model within the next two decades. We had better listen up.”

Institutions, organizations, and foundations followed Cliff’s advice, launching experiments in Tuning through state and regional higher ed systems—and, in 2012, through the American Historical Association. Cliff’s next major project from 2011, the Degree Qualifications Profile (co-authored with Peter Ewell, Carol Geary Schneider, and Paul Gaston), examined the core outcomes that should shape not only majors but entire degrees at the associate’s, bachelor’s, and master’s levels.

Paul Gaston, co-author of the DQP, described Cliff’s mind as “frightening in its range and depth. I don’t recall his ever having said, ‘I don’t know anything about that.’ Whatever the subject, Cliff would know something—often a lot—about it.” Erudite, informed, passionate, and provocative, Cliff was an intellectual force of nature in US academic reform.