What Happens in Texas will Not Stay in Texas: The Future of Introductory History Predicted in the Lone Star State

By Keith A. Erekson

Several profoundly important questions emerged during the Texas Conference on Introductory History Courses. How important is the introductory survey course? What will its future look like? Do we need to think differently about the survey course? Texas provides an important setting in which to ask these questions for the simple fact that Texas is not like Las Vegas—what happens in Texas will not stay in Texas.

How important is the introductory course in Texas? Texas lies at the center of college history teaching in the United States. During the Cold War, the Texas State Legislature mandated six hours of college-level history for all students, a requirement that continues even as other states have eliminated history requirements or allowed other elective substitutions. This fact, combined with the population size of the Lone Star State, prompted one book publisher to observe that in any given semester there are more students in US history survey courses in the Houston metropolitan area than along the entire eastern seaboard.

Because of the outsized impact of Texas, the future of the introductory survey course in America is tied to the future of college history in Texas. For this reason, it was extremely significant that Texas Commissioner of Higher Education Raymund Paredes addressed the gathering and responded to questions (kudos to the conference organizers!). Paredes began with the larger context that concerns parents and policy makers: Texas’s six-year graduation rate for undergraduate programs is 60%, and its three-year completion rate of associate programs is 14%. Those strikingly low numbers, combined with escalating college costs and postgraduation debt, have drawn the attention of lawmakers. Though a proposed bill addressing the introductory history course did not make it through the legislature in 2015, it will likely resurface at the next session in 2017. What are lawmakers concerned about? In Paredes’ words, “the big shortcoming in American public education is the quality of teaching.” How will lawmakers make improvements? “We are going to have to measure learning outcomes,” said Paredes, and “degree plans will have to demonstrate marketability.” The future in Texas looks like a world in which history professors will have to show that their courses do more than train students to answer identification questions and write book reviews.

What does the rapidly changing world of 21st-century higher education mean for the survey course? The old view of the course held that college was different from K–12 learning, that the course was taught by people with different training, that the course was therefore “harder” than a high school course, and that it was the “first” or “gateway” or “introduction” on a pathway to something like a major or a career. But the expansion of the AP program and the development of dual-credit programs mean that policy makers, parents, and students now look at the course very differently. For instance, to save time and money, a high school student could take the course in high school. Alternatively, a college student living in a community with a university and a community college could take the same course at either institution at starkly different costs (and sometimes the courses at both are taught by the same instructor!). Perhaps most significantly, completion of such a course is often seen as the “end” of history study, a requirement to be eliminated quickly before moving on to the courses that “really matter” for one’s future.

The landscape for history teaching in Texas is changing; and with Texas, the nation. If we are to respond to these changes it will require more than personal reflection and consensus building. We’ll need to develop and apply the scholarly literature that has developed over the past three decades on history teaching and learning. Gatherings like this conference in Texas provide the opportunity to do just that. 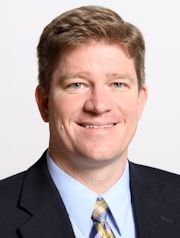 Keith A. Erekson served as an associate professor of history at the University of Texas at El Paso where he founded UTEP’s Center for History Teaching & Learning. He has published numerous articles and essays on history teaching, received the Regents Outstanding Teaching Award from the University of Texas System (2011), and edited Politics and the History Curriculum: The Struggle over Standards in Texas and the Nation (2012). He currently serves as director of the LDS Church History Library in Salt Lake City, Utah.