Needle in a Haystack: The Challenges of Researching Mental Trauma in the Civil War

I spent this summer on a research journey to find Union Civil War soldiers committed to insane asylums. This research supports my doctoral dissertation, in which I analyze how mental trauma appeared in the Civil War, how soldiers managed their experiences, and how trauma was treated in the medical and social community. While mental illness and trauma are becoming popular topics in the community of Civil War historians, they present unique challenges to researchers. Trauma and suicide are highly personal and were viewed differently, both medically and culturally, by Americans in the 19th century, so it can be difficult to present an argument or analysis based upon the sources available. 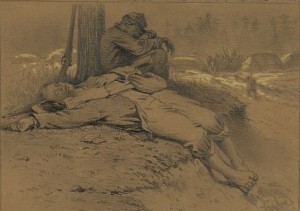 One large challenge is finding trauma by reading between the lines of traditional sources. Because psychology and concepts of mental trauma were so new, physicians and citizens alike did not fully understand what might be happening mentally to soldiers as they experienced the war. Culturally, suicide was more likely deemed a social evil and a traumatized soldier labeled a coward. Today, Americans understand the issues of post-traumatic stress disorder (PTSD) and traumatic brain injury; in the 19th century, these symptoms would most likely be labeled a moral failing of the soldier. Because the knowledge and cultural understanding of 19th-century Americans was so different, soldiers did not explicitly talk about the trauma they received during the war. So historians have to comb soldiers’ letters and diaries for hints about feeling “broken down,” “used up,” “blue,” or rattled by the sights of the battlefield, as well as references to comrades who broke down, went insane, or committed suicide. It can be very much a “needle in a haystack” search. 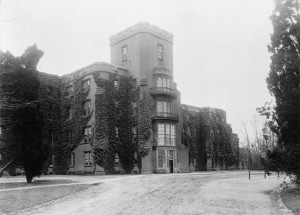 St. Elizabeth’s Hospital, also called the Government Hospital for the Insane, was the official military hospital where insane soldiers were supposed to be sent from the field. Credit: Library of Congress.

A second challenge is piecing together the medical records of soldiers who were treated for trauma during or after the war. Medical records from wartime hospitals and regiments are often vague or incomplete, and they are not connected to treatment records from civilian institutions. Thus, even if a historian knows a soldier was treated in the field for trauma or insanity, it might be difficult to uncover where the soldier was sent for treatment afterwards. Likewise, if a soldier’s records are discovered in an insane asylum, there is no guarantee a researcher will find regimental records marking the beginning of symptoms. Additionally, trauma often has a long-term impact, sending soldiers into treatment long after the war, which raises the question of whether that insanity was related to their war experience or another traumatic event.

Adding to the difficulty of piecing together resources are the inconsistent and often stringent restrictions on accessing the mental health records of Civil War soldiers. Because asylum records are classified as medical records, they fall under federal and state privacy laws, meaning only the patient and family can access them. Most archives have policies allowing researchers access to these records, but some institutions holding asylum records are medical facilities and have no open records. Of the institutions that allow some access for researchers, each state and archive has its own policy. Some allow open access to records older than a certain period; others require the researcher to acquire permission from the archive director or the state’s mental health department before allowing access to the collection. The strictest process that I encountered during this research was the New York State Archives, which required me to undergo an IRB application and review process before I could gain access. Most of these stricter policies also require the researcher to agree to not use any patient names or identifying information in the finished work. While this is understandable under the state privacy laws for medical records, it does present a unique quandary for historians. The scholarly standards of our profession require us to be transparent in our research and cite all of our sources. Even if we do not use names in the body of our writing, it might be challenging to protect an identity when citing a pension record or another source that is not from the restricted archives. (If anyone wants to discuss ideas for tackling this challenge, feel free to discuss in the comments.)

Overall, the difficulty in interpreting trauma, insanity, and suicide in scholarship is presenting an argument that is based in recent theory, but does not transpose modern understandings of mental trauma on historical actors. It is easy to see trauma (as understood in the 21st century) in the records because of our modern knowledge, but without finding the supporting evidence it can be hard to prove. Our work should be based in how comrades and medical professionals diagnosed and treated traumatized soldiers during the war.

Despite the unique challenges of researching 19th-century trauma and insanity, historians should embrace the subject because this scholarship can illuminate a new understanding of the Civil War and how the men who fought it understood and managed their wartime experiences. 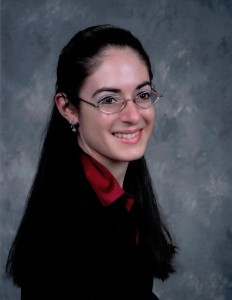 Kathleen Logothetis Thompson graduated from Siena College in May 2010, earned her MA in history in May 2012, and is pursuing her PhD at West Virginia University with research on mental trauma in the Civil War. Kathleen is the coeditor of Civil Discourse, a blog on the long Civil War.

Kathleen Thompson will be presenting her research at the 2016 annual meeting in Atlanta. The panel, entitled “New Directions in Civil War Trauma,” will be held on Thursday, January 6. Learn more here, and remember that registration for the meeting opens on September 16.