Francis Hilary Conroy passed away peacefully at his home in Media, Pennsylvania, in January at the age of 95. He was preceded in death by his wife of 65 years, Charlotte, in 2008.

Hilary Conroy was born in Normal, Illinois, the son of a plumber, and attended Bloomington High School, from which he graduated in 1937 as valedictorian. During his high school years, he became a standout tennis player, a sport that he would enjoy playing for the rest of his life. Following high school, he enrolled at Northwestern University on a full scholarship and graduated in 1941 with a major in history. He began graduate study at the University of California, Berkeley, receiving a master’s degree in 1942, and started work on his doctorate, but he interrupted his studies during World War II to enlist, studying Japanese at the Naval Language School in Boulder, Colorado. Upon completion, he was assigned to military intelligence during the occupation of Japan; his unit was attached to the Tokyo Central Telephone office to listen for the word ansatsu (assassination). After a year in Japan, he returned to Berkeley in 1946, studying with Delmer Brown and Woodbridge Bingham and writing a doctoral dissertation on Japanese immigration to Hawaii that later became his first book, The Japanese Frontier in Hawaii, 1868–1898 (1953). He would later collaborate with Bingham and Frank Iklé to produce A History of Asia (Vol. I, 1964; Vol. II, 1965). After receiving his PhD in 1949, he remained at the University of California for two years as a lecturer in Far Eastern history. Chafing at the requirement to sign the McCarthy-era loyalty oath, he left California to join the history faculty at the University of Pennsylvania in 1951, where he would teach for nearly four decades. 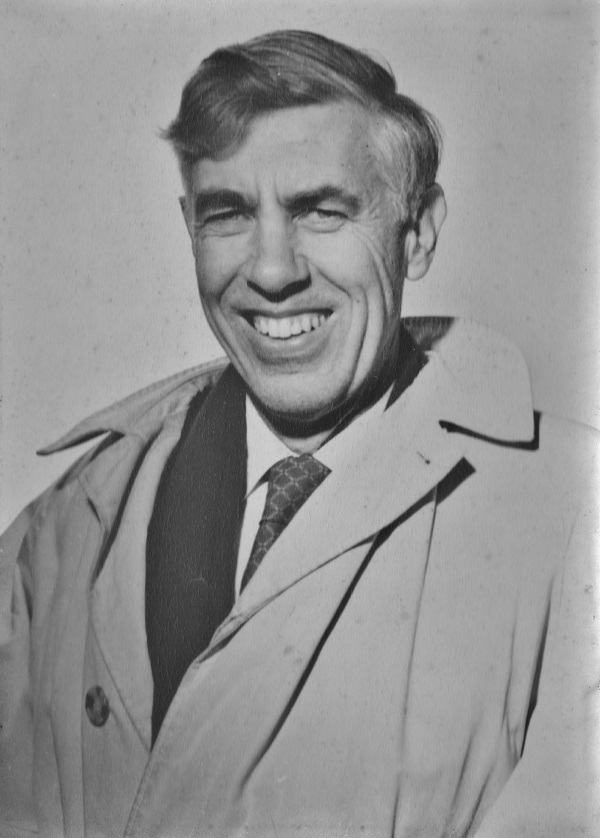 Hilary Conroy was a pioneer in many ways, both as a historian of Asia and as a practitioner of peacemaking. He established the East Asian history program at Swarthmore College in 1953. In the following year, he was one of the first Fulbright scholars at Tokyo University. After joining the Religious Society of Friends (Quakers), he worked for the American Friends Service Committee’s international seminar program in Tokyo while also teaching at International Christian University in 1958–59. His efforts to understand why and how Japan annexed Korea resulted in his masterful study The Japanese Seizure of Korea, 1868–1910: A Study of Realism and Idealism in International Relations, the first such study in English, published by the University of Pennsylvania Press in 1960 and dedicated “To my wife [Charlotte], without whom this work would have been written in pencil.” At the University of Pennsylvania, Conroy taught the first course in Asian American studies, entitled the Asian American Experience, which was also one of the first of its kind nationally. He served as a senior specialist at the East-West Center in 1965–66. He also cofounded the Conference for Peace Research in History and its journal, Peace and Change. As the Vietnam War escalated, he helped establish the Committee for Concerned Asian Scholars. He was active in the Oriental Club of Philadelphia, the Asian American Council of Greater Philadelphia, the Association for Asian Studies, the Interagency Task Force on Indochina Refugees, the Center for Migration Studies, Interchange for Pacific Scholarship, and the American Historical Association.

Conroy enjoyed interacting with and encouraging his graduate students. Every fall, he would invite them to his house for an “L and R party.” Only when unsuspecting first-year students arrived would they learn that “L and R” stood for “leaf and rake.” He also included his students’ research in his numerous edited volumes or as coeditors. These included East Across the Pacific: Historical and Sociological Studies of Japanese Assimilation and Integration (coedited with T. Scott Miyakawa, 1972), China and Japan: The Search for Balance Since World War One (coedited with Alvin D. Coox, 1978), Japan Examined: Perspectives on Modern Japanese History (coedited with Harry Wray, 1983), Japan in Transition: Thought and Action in the Meiji Era, 1868–1912 (coedited with Sandra T. W. Davis and Wayne Patterson, 1984), New Tides in the Pacific: Pacific Basin Cooperation among the Big Four (Japan, PRC, USA, USSR) (coedited with Roy Kim, 1987), and Pearl Harbor Reexamined: Prologue to the Pacific War (coedited with Harry Wray, 1990).

Although he retired from the University of Pennsylvania in 1990, his scholarly output continued. In 1991, America Views China: American Images of China Then and Now (coedited with Jonathan Goldstein and Jerry Israel) was published, and his last book, West Across the Pacific: American Involvement in East Asia from 1898 to the Vietnam War (with France Conroy and Sophie Quinn-Judge), was published in 2008.

At the 2010 annual meeting of the Association for Asian Studies in Philadelphia, a panel on the Japanese annexation of Korea was convened; that year was the centennial of that 1910 episode and the 50th anniversary of the publication of The Japanese Seizure of Korea. The panel attracted a standing-room-only crowd in a ballroom to hear the remarks of the discussant, Conroy, then 90 years old. Subsequently, his colleagues and former students launched a campaign to raise money for a prize in his honor, resulting in the Hilary Conroy Panel Prize at the Association for Asian Studies Annual Meeting, to help fund the participation of panelists from Asia and other parts of the world beyond North America.

In February, family, friends, colleagues, and students gathered at the Pendle Hill Quaker Center outside Philadelphia to pay tribute to his life and work. He is survived by his daughter, Sharlie C. Ushioda; a son, France “Rusty” Conroy; four grandchildren; and one great-grandson.