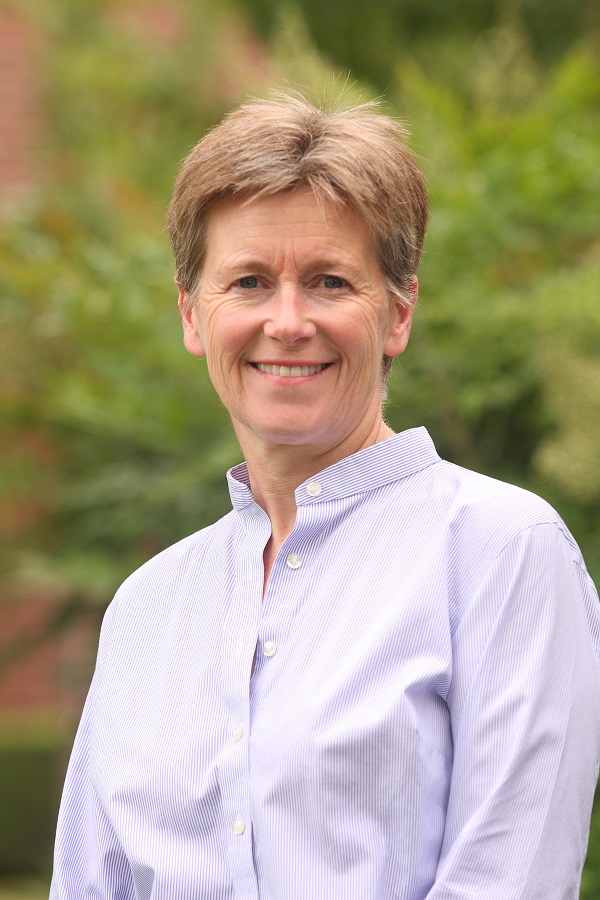 Caroline Cox passed away on July 11, 2014, after a courageous yearlong battle with cancer. She was 59 years old. An adventurous scholar whose work ranged from military history to the history of childhood and youth, Caroline was professor of history at the University of the Pacific in Stockton, California.

Born in 1954 in Glasgow, Scotland, Caroline immigrated to the United States in 1978 to pursue a career in finance. She lived and worked in New York City, Sun Valley, Idaho, and the San Francisco Bay Area. Her love of learning led her to a mid-career shift; she pursued and earned an AB, MA, and PhD, all in history, from the University of California at Berkeley in 1990, 1993, and 1997, respectively. Caroline wrote her dissertation under the supervision of Robert Middlekauff. Her experience as a nontraditional student encouraged her to mentor and support every student who crossed her threshold in her 15-year career at Pacific. A magnetic storyteller, Caroline's wide-ranging historical interests drew students from across majors.

It was as a cultural historian of the Continental Army that Cox established her academic reputation. A Proper Sense of Honor: Service and Sacrifice in George Washington’s Army was published in 2004. It was widely reviewed and praised for its analysis of hierarchy and class attitudes in colonial America. Soldiers and officers were treated differently in the kinds of discipline meted out, death and burial practices, camp life, and as prisoners of war. These norms mirrored those in European armies at the time and stood in contrast to the egalitarian and republican principles held so dear by patriots at the time and historians ever since. Enlistees expected their low status to be confirmed by their military service; Caroline argued that not much changed for them in independent America, either. Compassionate concern for the inclusion of ordinary people in the historical record drove her scholarship.

This scholarly concern—as well as her love of a great story—led her to her next book, The Fight to Survive: A Young Girl, Diabetes, and the Discovery of Insulin (2009).The difficulty of living with the chronic disease was familiar to Caroline, as her father and others in her family were diabetic. After reading about Elizabeth Evans Hughes, one of the first diabetics to receive insulin treatment, she jumped on a plane to visit the Discovery of Insulin archives at the University of Toronto. The book’s poignant afterword testifies to the breadth of Caroline’s scholarly interests and her compassion for those suffering ill health. She wrote admiringly of Elizabeth’s courage to “live richly” in the face of her illness. As her friends and colleagues observed, Caroline herself carried on bravely and without complaint until the end, living a rich life in her homes in Stockton and the San Francisco Bay Area.

Caroline received many awards for her teaching and scholarship at the University of the Pacific, including the Faye and Alex Spanos Distinguished Teaching Award, the Pacific Distinguished Faculty Award, and the Order of Pacific, awarded posthumously at the university commencement in 2015. The esteem in which she was held by her colleagues at the College of the Pacific was recognized in her service as interim dean in 2012–13.

Throughout her life, Caroline loved reading and talking about books. Late afternoons would find her curled up with a book of poetry or a page-turning detective novel that she passed around with other aficionados of the genre. Her Robert Burns parties featuring single malt scotches, haggis, and her recitation of verses from Burns were legendary.

When her illness gave her only a short time to live, Caroline still insisted on teaching her favorite class, her survey course on the history of warfare. At the time of her death, Caroline was at work on a book on colonial America, tentatively titled Boy Soldiers: War and Society in the American Revolution.

Caroline’s husband, Victor Ninov, has established the Caroline Cox Award for Undergraduate Research in her memory, to be awarded annually to the outstanding paper in the history department’s capstone seminar. Caroline Cox is survived by Victor Ninov, her brother, Andrew, her sister, Sheila, five nieces and nephews, and countless friends around the world.

Gregory Rohlf, University of the Pacific