From the Lecture Hall to the Office Suite 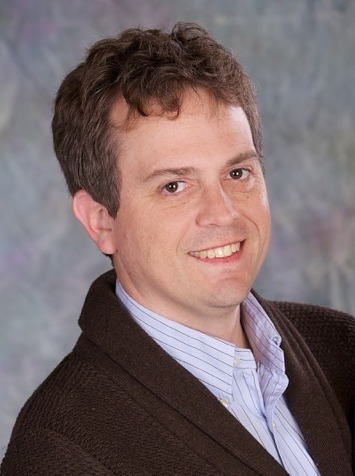 Once, I was offered a ream of paper instead of an office. Once, I encountered my students while on the job folding towels at Macy’s. More than once, I taught material that was outside my areas of expertise. Now I spend my days reviewing grant applications, working on a statewide cultural tourism website, planning a statewide environmental humanities initiative, and managing three program staff.

Like many academics, I went off to graduate school because I felt most at home in the classroom. The intellectual excitement one gets from a well-run class discussion is a high that is hard to leave behind. Eight-plus years as an adjunct instructor caused me to seek out more than the academic path.

My first taste of the adjunct life came between my MA and PhD, when I spent a year at three jobs: adjunct teaching, working customer service for a textbook company, and clerking in a department store. I had been a TA as a master’s student, but we were paper graders, so the reality of running a classroom for 15 weeks came as a shock. Since the same people who get advanced degrees in the humanities also get AP credit for history classes in high school, I had no experience as a college student with the basic history survey class. Neither the grad school nor the nearby college that relied on adjuncts provided any significant training for the classroom. After a year, I think I improved, but the university certainly got what it paid for (if I had only worked when the class met, the pay would have been reasonable, at about $30 per hour, but in reality it was well less than minimum wage). I had a pleasant enough experience (or perhaps those two other jobs were so unpleasant) that I returned for a doctorate.

I returned to adjuncting after I made it through the exams and was able to teach summer classes at my PhD institution. These were trial-by-fire training for us future professor-historians. Covering 10 weeks of history in three weeks (two hours a day, five days a week) is not the best platform on which to develop an engaging teaching style and good grading habits. Teaching these classes paid almost enough that one could survive on the TA stipend during the school year. Those of us who didn’t want to live an ascetic lifestyle and/or lacked other forms of financial support resorted to student loans and credit cards. During this period, I mostly taught American history surveys and built up syllabi for what I hoped would be a long career of marching through American history with a new bunch of undergrads year after year.

With the onset of the PhD program, my career path became entwined with another future professor (of music composition). At some point, academic couples who fall rather permanently in love have to decide if they are both going to pursue fame and glory (and a decent-paying job) or let one person lead. It became clear early on that I was the trailing spouse. This meant I picked a dissertation topic that would be more enticing to the broader academic job market. My own interests and passions may have played well in Cincinnati, but not far beyond that. This meant that limited time and resources would not be allocated entirely equitably. Our break time was not spent with me in the archives in far-off cities. I did a lot of laundry and grocery shopping.

When she finished, we moved to the East Coast for a visiting gig. Following meant that I left behind my home department, adviser, and compatriot grad students. The mix of adjunct assignments during that year embodied the profound vagaries of academic life, especially the adjunct life. I managed to get courses to teach at three state universities, but they couldn’t have been more different. I was a last-minute hire at two schools when a full-time faculty member got sick. In these cases, I had less than a week to prepare a syllabus, pick out textbooks, figure out where the campus was, and adjust my teaching style to the one expected by the students. During the second semester I commuted 220 miles twice a week.

The oddest part of bouncing around to a lot of schools is that you never know where you might make a connection with the students. At the most prominent school, I ended up writing a series of letters of recommendation for a student as he made his way to medical school. At another, students made the effort to connect with me once the term was over, while at the third I seemed to disappear, as if I had never existed (so much so that, at a conference, I sat next to the chair of the department who had hired me, and he had no idea who I was).

We got lucky when my wife secured a tenure-track appointment back in Ohio just as the economy was crashing in 2008. I spent the next three years adjuncting at her school and “finishing” the dissertation. Living the adjunct life at the same institution where your partner is on the tenure track is a challenge. The temptation is to become the invested adjunct because the institution is providing your family with support. You hope that they see you as more than just disposable labor. The gut punch comes when another faculty member manages to get their partner a full-time gig, even a faculty position, while your department won’t make a commitment past the next term (even though they ought to know you aren’t going anywhere). One can feel a part of the community and then find oneself suddenly out of it.

My most active years on the academic job market were 2009 to 2011. To say that era was brutal is an understatement. One rejection letter from a small Catholic college in Pennsylvania mentioned receiving over 600 applications. By the spring of 2011, we were ready to be full-time grown-ups. We bought a house and had a kid on the way. I was applying for all kinds of nonacademic work—from retail to car sales to logistics to the FBI. After a unique interview experience, I finally landed at a place that presented an opportunity to mix those 14 long years of higher education with my off-again, on-again flirtation with life outside the walls.

In August 2011, I started with Ohio Humanities. A month and a few days after I started, my eldest son was born. My wife carried an extra burden, as I hadn’t been on the staff long enough to take a proper paternity leave. Fortunately, I had a forgiving set of coworkers and a boss who were flexible as I figured out how to work in a small nonprofit and be a father at the same time.

For those unfamiliar, Ohio Humanities is one of 56 state councils (the territories and Washington, DC, have them too). We are the state-based partner of the National Endowment for the Humanities, and a private, 501(c)(3) nonprofit. Congress, in its wisdom, encouraged NEH to create the state councils in 1972 to bring the humanities to the people and the people to the humanities.

The variety of humanities folks and topics that I work with on a given day is one of the perks of the job. I started by handling the smallest grants ($2,000 or less), serving as a member of the Ohio War of 1812 Bicentennial Commission, being an assistant editor on a series of driving tours, and helping the organization build a new website. I have also helped the statewide historical agency start up its grant-making program. After a couple of years, I became the assistant director, where my responsibilities came to include program evaluation and planning. For example, I led a significant reform of the grant guidelines and application process. I also took on responsibility for the largest grants (up to $20,000).

On a normal day, I may receive three phone calls from grant applicants. For example, one applicant might be a museum developing an exhibit about a nearly forgotten landscape artist, another might be working on a documentary of a city’s history, and the third might be planning a project that provides teachers with the resources to explore the Holocaust in their classrooms. I might then meet with my program staff to discuss a possible project that would facilitate conversation and action among urban residents about the value of their place. I may spend a couple of hours working in the institutional database to track grant activity and other Ohio Humanities–related people and events.

When I chose the path that leads to the PhD, I didn’t expect to end up working in an office suite. Even now, I don’t know whether my entrance into the field of public humanities and the nonprofit sector will be permanent. I have entered a world without the holy grail of tenure to work toward. The skills I have been building will open doors that I can only dimly foresee. Those doors may lead back to the classroom someday or deeper into the world of the public humanities. For some, the history PhD represents the defining goal. For me, it is one path among many that I have wandered down in pursuit of that right mix of intellectual engagement and community impact.

David Merkowitz is assistant director of Ohio Humanities. He received his PhD in American urban and religious history from the University of Cincinnati in 2010. David lives in Westerville, Ohio, with his wife, Jennifer, and sons, Isaac and Dominic.

What Is the Field of Public Humanities?

The public humanities, in its current form, is deeply tied to the National Endowment for the Humanities. The NEH provides funding to the state councils (slightly more than a third of the NEH allocation), which work directly with and for the American public. The Kettering Foundation’s essay “An Ongoing Experiment: State Councils, the Humanities, and the American Public,” by Elizabeth Lynn, outlines the history of the state councils and their work: kettering.org/publications/an-ongoing-experiment/.